As clusters proliferate, a global picture of teamwork emerges.

dd biopharma to the long list of robust economic sectors in Texas. It's nearly enough to rekindle talk of secession … if it weren't for that intrusive federal funding helping drive some of the momentum.

The state's attraction this spring of a $91-million vaccine manufacturing facility in Bryan-College Station from GlaxoSmithKline followed on the Texas A&M campus's June 2012 award of one of three Centers for Innovation in Advanced Development and Manufacturing (CIADM) by the U.S. Dept. of Health and Human Services (HHS). The others went to the Research Triangle in North Carolina and to Baltimore and Gaithersburg, Md.

The institutional and corporate threads woven through such projects — including beyond U.S. shores — create a vivid picture of vibrant life sciences locations and the intrinsic ties between them.

In other words: You might be a Lone Star success, but it's doubtful you're a lone star in achieving it.

"Today's announcement is a huge win for Texas and for the nation," Gov. Rick Perry said on March 26 in the company of Texas A&M University System (TAMUS) Chancellor John Sharp; Dr. Robin Robinson, HHS deputy assistant secretary and director of the Biomedical Advanced Research and Development Authority; and Antoon Loomans, senior vice president, GSK Vaccines. "The Texas A&M Center, anchored by this facility, is expected to bring more than $41 billion in expenditures within the State of Texas over the next 25 years, and will add more than 6,800 direct and related jobs to Texas."

"GSK's decision to partner with Texas A&M and bring their vaccine manufacturing to our state is a testament to the investments that the A&M System and the State of Texas have made in the people, infrastructure and technologies, much of which came from critical state programs such as the Emerging Technology Fund [ETF]," Giroir said. In 2009, the state made a substantial ETF investment to create the National Center for Therapeutics Manufacturing at A&M.

Even as it moves into its new HQ in Philadelphia’s Navy Yard (top of page) GlaxoSmithKline is also investing in vaccine development and manufacturing in Texas. The National Center for Therapeutics Manufacturing (above) is a first-of-its-kind, multi-disciplinary pharmaceutical work-force education institution and biopharmaceutical manufacturing center located at Texas A&M University in College Station.
Photos courtesy of Texas A&M and GSK

The university called the center "an important catalyst to the future growth" of the biopharmaceutical industry in the state. Last June when the original HHS award was announced, Sharp said the path toward the prize began with Governor Perry "and his vision to establish Texas as the ‘third coast' of the biopharmaceuticals industry." 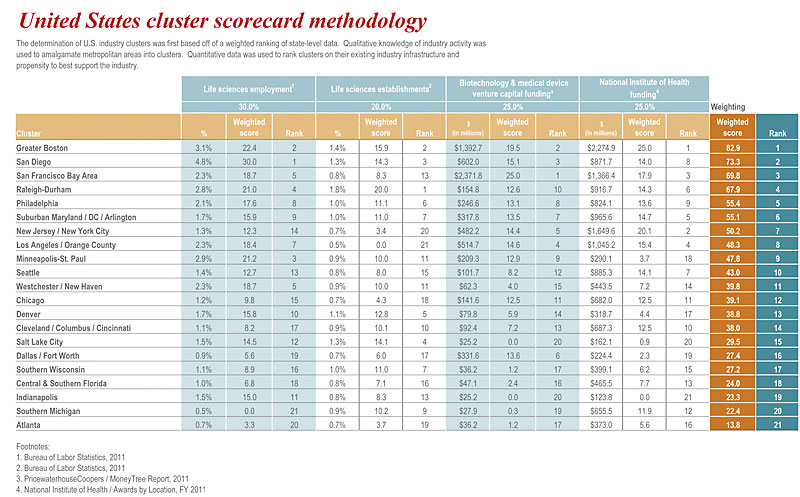 "In Texas A&M we have found a partner with a rich tradition of service, and with pioneering technologies that will benefit the entire pharmaceutical industry in making vaccines available and accessible to all in need," said Loomans of GSK.

According to Burrill & Co., Brazil's pharmaceutical industry was valued at $22.9 billion in 2010. It is now the seventh largest in the world and is expected to grow at a rate of 12 percent per year.

The $285.6-million HHS contract, which can be renewed for up to 25 years, includes an initial investment of $176.6 million from the U.S. government, with the remainder cost-shared by commercial and academic proposal partners. Lonza of Houston and Kalon Biotherapeutics of College Station are also partners on the project.

HHS has committed a total of $400 million to the three U.S. centers. In creating them, HHS says it is using a new public-private partnership model, bringing together the innovative ideas of small biotech firms, the training expertise of academic institutions, and the development and manufacturing experience of large pharmaceutical companies. The private partners will provide approximately 35 percent of the total cost of the initial building phase. HHS will support the cost of operation and maintenance of the centers in subsequent years. 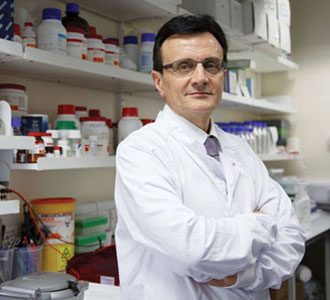 The TAMUS proposal team for the center included 25 partners. A third of them hail from outside the state, among them GSK Vaccines in Rixensart, Belgium; Lovelace Biomedical and Environmental Research Institute in Albuquerque, N.M.; deltaDOT of London, U.K.; Sartorius of Goettingen, Germany; and the University of Florida.

GSK Vaccines produces 30 vaccines worldwide, eleven of which are licensed by the FDA. The Texas A&M-GSK venture will complement and support the company's existing influenza vaccines operations based in Quebec, Canada, and Dresden, Germany. GSK's operations hub in Marietta, Pa., will package, inspect and distribute influenza vaccine manufactured at the Texas A&M Center.

Emergent Manufacturing Operations Baltimore LLC, with facilities in Baltimore and Gaithersburg, Md., will lead one of the other two centers, working with Michigan State University, Kettering University of Flint, Mich., and the University of Maryland, Baltimore. That contract is for approximately $163 million over the first eight years.

According to Deloitte's 2012 study "The Future of the Life Sciences," 90 percent of life sciences executives expect biotech companies to become the primary source of innovation in developed markets by 2015. 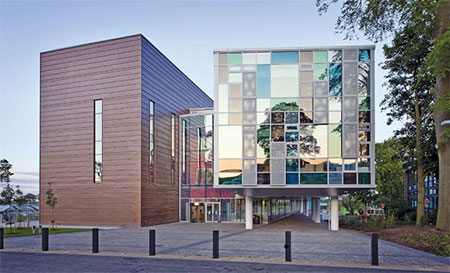 Scotland is home to more than 500 life sciences companies, increasing by an average of 20 percent a year. Among other institutions is the Roslin Institute, a National Institute of Bioscience that is part of the College of Medicine and Veterinary Medicine of the University of Edinburgh. A member of the Easter Bush Research Consortium, the Institute recently moved to a £60.6-million building (pictured) designed by HDR. The facility accommodates around 500 scientists from The Roslin Institute and Scotland's Rural College.
Photo courtesy of HDR Architecture, Inc.; © 2011 Chris Humphreys

Novartis will head the third center, leveraging existing public-private investments by HHS in facilities in Holly Springs, N.C., and working with North Carolina State University and Duke University. The contract is valued at approximately $60 million over the first four years.

You Ought to Patent That

U.S. biopharmaceutical companies have conducted more than 8,200 clinical trials of new medicines in Texas over the last 13 years, according to a new report from the Pharmaceutical Research and Manufacturers of America (PhRMA), ranking the state second behind California.

"When you consider that clinical trials account for 45 to 75 percent of the average $1.2 billion needed to develop a new medicine, there is greater appreciation for not only the health benefits generated from clinical trials, but also the economic benefits to the state," said Jeffrey Bond, senior vice president, PhRMA.

The number of registered studies tracked by the NIH's ClinicalTrials.gov website has grown from 25,000 in 2005 to more than 138,700 in 2012. Leading states for such trials, after California and Texas, tend to correspond to larger populations, with New York, Florida, Pennsylvania and Ohio following in that order. But the next state on that list, with 10,360 trials, has punched above its demographic weight for a long time: Massachusetts.

Trends identified for 2013 by JLL include significant investment in technology platforms to access and analyze local, regional and global data; increased outsourcing of such functions as facilities management; increasing opportunity for a rising number of middle-market companies to research and develop products in the $100 to $200 million range; and demand for fewer traditional factories and more production laboratories as biologics assume a larger role in the marketplace.