Once and Future Kings

Companies make capacity adjustments, as demographics rule
location choices. But to every rule there are exceptions. 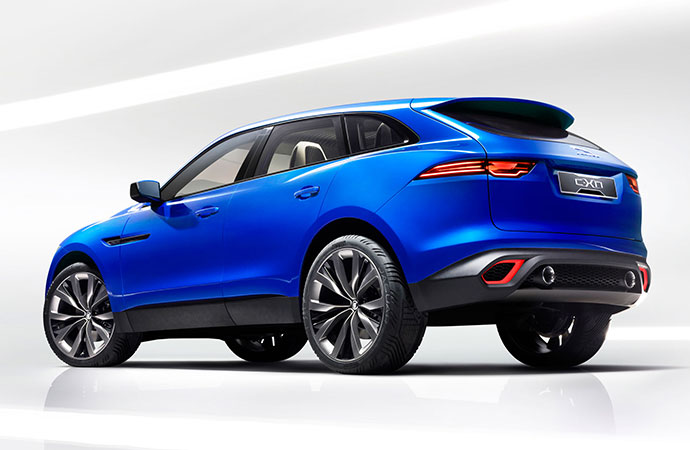 he problem in Europe is that you can’t run a plant profitably with one shift,” says automotive industry analyst David Cole, chairman emeritus of the Center for Automotive Research and now co-founder and chairman of AutoHarvest.

Analysts and executives cite a fundamental decline in consumer appetite for cars — a decline that may presage more plant closings, job cuts and economic pain well into a broader recovery. Cole says companies now find themselves in the position of having to shut down plants in order to survive, which has always been difficult in Europe because of existing labor laws.

“They are at the point now where they have to take a plant out in order to save the company. We are seeing a more realistic philosophy starting to emerge there, but it is still very, very difficult,” says Cole. “Essentially everybody has overcapacity.” 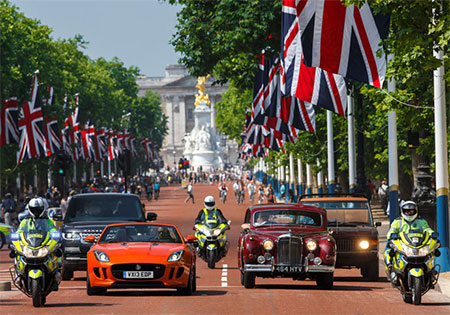 There are exceptions. India-based Tata Motors and Japan-based Nissan Motor Co. are trying to go against the grain in the bleak European landscape by expanding production. Both projects are happening in England.

Tata Motors, the owners of luxury carmaker Jaguar Land Rover, announced at the Frankfurt Motor Show in September that it will spend $2.4 billion to build an advanced aluminum-bodied vehicle, the C-X17 (pictured above), at its factory in Solihull in central England. The move will create 1,700 jobs, bringing the total number of UK manufacturing jobs announced by Jaguar Land Rover over the last three years to almost 11,000. In May 2012, Solihull moved to a three-shift, 24-hour production operation to meet the global demand for products built at the plant.

Tata Motors bought Jaguar and Land Rover from Ford in 2008 for $2.3 billion as part of plans to expand its reach beyond Asia. “They have come out with some great models, and clearly they have aspirations to go global,” says Suraj Krishnan with the global consulting firm AlixPartners LLP.

Nissan has started production of its new Note subcompact model at its factory in Sunderland. The move follows a $198-million investment at the site in northeast England. The company plans to expand the plant by producing a Q30 compact model for its premium brand, Infiniti, starting in 2015.

Increasingly in Europe, automakers that were once staunch competitors are coming together and developing product in order to maintain and survive. One example is a new compact car platform between Daimler and Renault-Nissan.

Fiat has invested more than €1 billion to purchase and redevelop the Maserati Avv. Giovanni Agnelli plant in Grugliasco (Turin) to produce the new Quattroporte (inset) and the Ghibli earlier this year. The plant, which had been inactive since 2006, was acquired by Fiat Group in 2009.

“What we are seeing more of in Europe and really all around the world is a spirit of ‘coopetition,’ where at one level you compete and at another level you cooperate,” says Cole. “There is a fundamental shift in how you look at the world, and partly it is driven by the fact that nobody has enough people, time or money.”

It would appear that people, time and money do favor Asia, where much of the production growth and capital investment is taking place.

“Everybody wants to be much closer to the consumer,” says Krishnan with AlixPartners. Automotive sales in China will nearly double by 2019 to 27.7 million units, PwC said in a study released in August. McKinsey & Co. predicts that profits for global automotive companies will increase by about 50 percent by 2020, with China being the major driving force.

“More and more players that want to participate in the South American market are having to set up facilities, even if it does not make logistical sense to do so.”

Speaking to reporters at Ford World Headquarters in September, David Schoch, president of Ford Asia-Pacific, said Ford started this decade with 14 assembly and powertrain plants in the Asia-Pacific region. By 2015, Ford will have 23 factories. That’s because some 2 billion new potential buyers will come into the car market by 2020, Schoch said.

“The most fundamental issue with China and Asia is that it is the world’s largest auto market and it will never not be,” says Cole. “Everybody has to be there, as there is no other option.”

As a result, new plant projects and announcements continue almost unabated. Volkswagen AG says it will double production capacity at a newly opened factory it operates with state-owned automotive enterprise FAW Group Corp. in the southern Chinese city of Foshan, where it builds the redesigned Volkswagen Golf car.

Volvo, the Swedish subsidiary of Chinese-based Geely Group, is going forward with plans to build a second and third plant in China. An engine plant in the north Chinese city of Zhangjiakou will be operational this year, while an assembly plant in northeast China’s Daqing city will be fully operational in 2014. Volvo, which has an existing plant in the southwest Chinese city of Chengdu, was bought in 2010 by Geely, whose brands — Geely, Gleagle, Emgrand and Englon — are virtually unknown in the West. 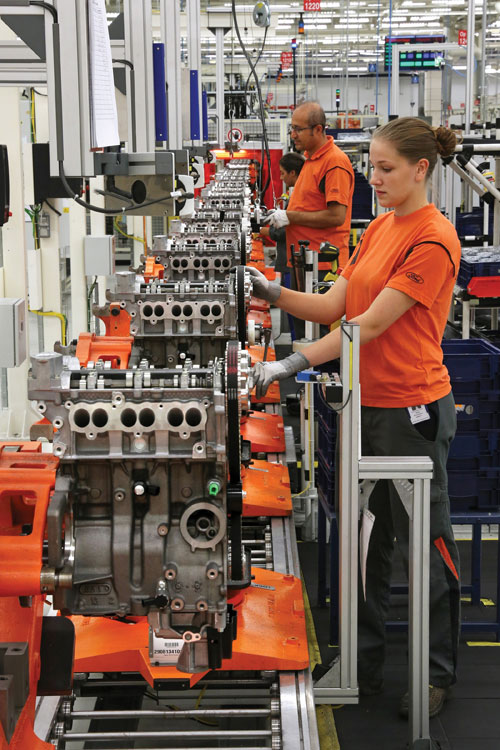 Ford in September announced it would boost production of its EcoBoost engine to 1,000 units a day at this plant in Cologne, Germany, where the company has added a second shift.

“Brazil is the market that everyone is eyeing,” Krishnan says. “It has mostly to do with the country’s large consumer market, but also the fact that they have an import tax duty that is going through the roof. More and more players that want to participate in the South American market are having to set up facilities, even if it does not make logistical sense to do so. But by the time you look at the total costs, it makes a lot of sense.”

Brazil, the world’s fourth-biggest auto market and Fiat’s largest market outside Italy, will get a $7.45-billion investment as the company will expand capacity to build cars, trucks, heavy equipment and engines.

Construction is under way for Nissan’s all-new $1.5-billion manufacturing complex in Resende, Brazil, which will have annual capacity for 200,000 vehicles with production slated for the first half of 2014.

Volkswagen plans to invest $529 million in Brazil to begin local assembly of the VW Golf and restart production by Audi. Audi will expand facilities at VW’s factory in Sao Jose dos Pinhais, with production to begin in 2015.

China’s privately-owned automaker Chery Auto will open its new plant in Brazil before the end of this year, according to published reports. Chery began building the plant in Jacarei in the state of Sao Paulo with an investment of $400 million in 2011.