Paving a Path to Efficiency

By cutting red tape and implementing e-permitting, Pennsylvania agencies are shortening the time for businesses to go from project concept to opening. 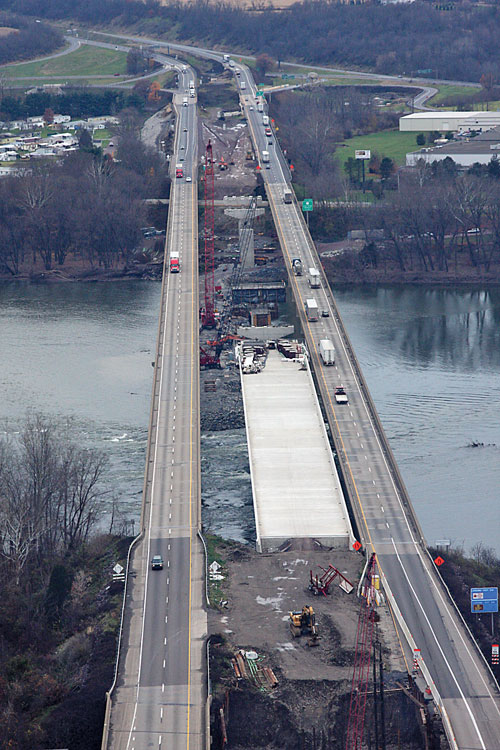 The Pennsylvania Department of Transportation is building a new Interstate 80 bridge over the North Branch Susquehanna River near Mifflinville in Columbia County. A new e-permitting system is enabling PennDOT to save taxpayers millions of dollars a year while expediting much-needed infrastructure improvements around the state.
Photo courtesy of Community Relations Coordinator Risk Mason, Engineering District 3 Office, PennDOT
W

hen Pennsylvania Gov. Tom Corbett took office in 2011, he expressed frustration with how long it took businesses to get the permits they needed to open new facilities.

He issued a simple challenge to every agency chief in the state: Get better.

“The governor had a primary issue with the Pennsylvania Department of Transportation,” says Scott Christie, deputy secretary for highway administration for PennDOT. “How do we deal with businesses? Are we customer friendly? We get at least 15,000 applicants a year for a Highway Occupancy Permit, which is essential to get access to a state road. A typical review cycle takes about 30 days, and we were seeing that some of our permit reviews were taking upwards of 10 to 12 cycles. That could be well over a year to get a permit. Obviously, that was not very customer friendly.”

The solution? Convert the entire permitting procedure to a paperless, all-electronic process.

“It was literally 100 percent paper when we began this,” says Christie. “When we went live a little over a year ago, we were getting the same number of permits and the average time went from 30 days to 10 days per review. By making the system electronic, we created a smart system that made sure all the things you needed to have in your permit were there. Now we get complete submissions because the system forces the user to fill out all the information. It was the right thing to do.”

Businesses aren’t the only ones benefiting from the improved process. Townships around the state are being helped. Townships can now easily track applications for highway occupancy permits thanks to the e-permitting system known as EPS. The system allows municipalities and county planning commissions to log in and view all applications submitted to PennDOT through all stages of review, issuance and post-issuance. 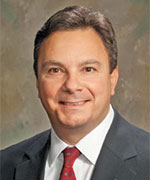 “There were 10,000 permits backlogged before we implemented this new system. If you eliminate permits that we were holding because we could not render a decision on them, we have reduced the backlog by 93 percent”

Townships may also use the new online portal to review applications in their jurisdiction before the department issues a permit.

PennDOT’s EPS undertaking is part of its Next Generation initiative involving several projects and programs to improve services and reduce costs. Through the initiative, PennDOT has identified an estimated $50 million to $75 million in annual cost savings. The EPS program was also recognized by the National Association of State Chief Information Officers with a top Digital Government Award in the Government to Business category.

“One of the chief goals of my administration has been to cut red tape and look for ways that state government can do things more efficiently,” says Gov. Corbett. “There is enough risk in business already, so I view the role of government as a partner to business growth that often just gets out of the way.”

Permit Decision Guarantee established guaranteed time-frames in which DEP will make a decision on 278 types of permits and authorizations, provided the application is complete and technically sufficient upon the first submission. To date, DEP is meeting the guaranteed timeframes 96 percent of the time.

DEP has also cleared 66 percent of the backlog of standing permit applications that were in-house when Gov. Corbett signed the executive order last July.

In addition, DEP has released a Permit Application Consultation Tool, which is available online and allows applicants to quickly and easily determine which types of environmental permits, authorizations and notifications may be required for a project. An interactive version of this tool was released over the summer.

“The biggest change was in our over-arching philosophy,” says Christopher Abruzzo, acting secretary of the Department of Environmental Protection. “The lack of predictability can have costly consequences, and we wanted to provide predictability for the people seeking permits. The program itself is designed to have reasonable and predictable timelines based on technically complete applications.”

Abruzzo notes that “public safety is the most critical focus of our agency. We look at permits that create economic development and jobs and have long-lasting impacts on the commonwealth. This new system has paid real-world dividends. There were 10,000 permits backlogged before we implemented this new system. If you eliminate permits that we were holding because we could not render a decision on them, we have reduced the backlog by 93 percent.”

More than three-quarters of permits are now being issued by DEP in less than 30 days, Abruzzo says. “If we can reduce a 30-day turnaround to 25 days, we will do that,” he adds. “Over the 12 months that we have been delivering this new guarantee, we have been seeing those permit review timelines shrink, and we are not sacrificing on the quality of the review work that is being done.”

He notes that “technologically, we are moving to electronic permitting for all of our programs. We are trying to make our website more interactive for people who are wanting to explore Pennsylvania and make it easier for our regulatory community. We are eliminating the delay and uncertainty that people used to encounter here when they embarked on certain kinds of business expansion projects in Pennsylvania. It is really a credit to the governor and his leadership on this issue.”

For his part, the governor says that “I challenged all of my regulatory agencies to make state government more responsive and less bureaucratic. While permits and regulation are necessary, excessive regulation is harmful to growth. In Pennsylvania, we are proving that you can have a fair and predictable regulatory climate without sacrificing the health and safety of the public.”