The Network Is Responding

JobsOhio knows that regions know best. Faster turnaround for companies in growth mode is the pleasing result in Northwest Ohio and beyond.

n February 18, 2011, Ohio Gov. John Kasich, after just over a month in office, kept one of his first campaign promises: He signed into law a bill creating JobsOhio, a privately funded non-profit that works with the state and its Development Services Agency to foster job creation and corporate investment. The organization began operating by July of that year with one purpose: To speed up the pace of deals and approvals while slowing the growth of government bureaucracy.

How’s it working out so far?

“The reality is we used to wait for the State of Ohio commitment letter for sometimes three or six months,” says Dean Monske, president and CEO of the Regional Growth Partnership (RGP), which represents a 17-county region in Northwest Ohio anchored by Greater Toledo. By that time, according to Monske, the shovel’s already in the ground somewhere. Today, he says, the turnaround time is two weeks on average, and sometimes as little as three days.

It can be even faster, says JobsOhio Senior Managing Director Mark Patton. Thanks to a structure that features managing directors with business backgrounds, regionally focused project managers and fluid communications, “we can turn a commitment letter in 12 hours if we need to,” he told an audience of site selection consultants in Atlanta early this year.

Helping them do that are six JobsOhio Network Partners: the Appalachian Partnership for Economic Growth, Cincinnati USA Partnership, Columbus2020, Dayton Development Coalition, TeamNEO and the RGP. 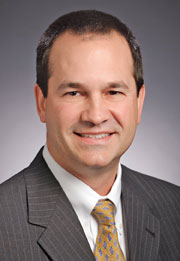 Dennis Burnside, managing partner in Mohr Partners’ Cleveland office, has been in the corporate and community consulting business for more than 30 years. One side of his firm consults with RGP. Another branch does corporate advisory work.

“We just finished a project eight months ago with the Libbey Glass headquarters deal, and JobsOhio was intimately involved in helping keep them as a corporate citizen in Toledo,” he says of a project that, like most these days, was on a fast track. Libbey, celebrating 125 years in business, signed a 15-year lease renewal in August 2012, proceeded with its “Project Clearview” renovation project, and just held an open house in August 2013.

“The JobsOhio approach to regionalization and collaboration is working really well,” says Burnside. “When you look at the Northwest Ohio/RGP model, it’s really brought together the stakeholders in the 17 counties.”

The RGP team maintains a strong relationship with David Mustine, the former AEP and Bechtel executive who’s now the JobsOhio managing director charged with the energy and chemicals/polymers sectors and who also sits on the RGP board.

Reached in his car as he shuttled between Columbus and the thriving Northwest Ohio city of Findlay, Mustine says his past as a business leader allows him to hear from companies in a peer-to-peer fashion. Already corporate end users are pleased with JobsOhio’s sector focus led by directors with industry experience.

“They’re really seeing the difference in partnership,” he says. “When they see us all working together — local, regional and state — to try to coordinate to meet their requirements, that’s different, and it wasn’t happening before. The second thing I’ve seen is the sharing between regions. These economic development leaders never used to meet, and now they’re meeting every six to eight weeks and talking state and regional strategy.”

From all indications, there is plenty of outreach to go around in Northwest Ohio and throughout the state. And the networking is cementing project commitments.

Among other facilities coming to the region is a new 400,000-sq.-ft. complex in Perrysburg from Newell Rubbermaid subsidiary Calphalon that consolidates manufacturing from two locations in Perrysburg and China and consolidates warehouse and distribution from facilities in Toledo and China. The nearly $20-million project is projected to create 33 new jobs, and also helps retain the subsidiary’s 262 jobs in the region.

The RGP worked collaboratively with the Wood County Economic Development Commission, Ohio Department of Transportation and JobsOhio to put together an attractive incentive package for the company.

Dale Matschullat, who does government liaison work for the company as a consultant after 20 years as corporate counsel, says the decision “was between China and Ohio, but as a result of our discussions with JobsOhio, we decided to increase the investment in Ohio and not in China.”

The company has had a couple projects in Ohio in the past three years, “so we’ve had a fair dose of JobsOhio,” he says, noting the responsiveness of the regional team. “They understood our needs, and could translate it and work with all the authorities in Ohio and get them to deal with our needs.” 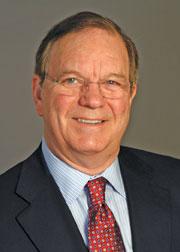 Putting manufacturing and distribution closer to its US customers heavily swayed the company’s decision, as did the fact that a major part of the brand already was manufactured in Ohio. Asked about turning points, he says, “There are always issues, things that pop up, and they did a nice job of getting things to the point where they aren’t irritants — when you get that vague feeling things aren’t going well. I don’t have any of those stories.”

Ultimately it comes down to an infrastructure of skills, he says. “You have to have talent, and people you know can do what needs to get done,” says Matschullat, “and Ohio’s got it.”

On that score, the state will soon benefit from a survey of more than 1,000 Ohio CEOs asking about skills shortages and needs, in order to align education and training with job opportunities.

“Here in Northwest Ohio, I’m very comfortable we’re aligned,” says Gary Thompson, RGP vice president and a JobsOhio director. “What we didn’t have is a state brand for how you enter the work-force system and get to those resources. OhioMeansJobs is the way to get to the right people to help you get your work force where it needs to be.”