To grow effectively, companies have to place their money in exactly the right spot. 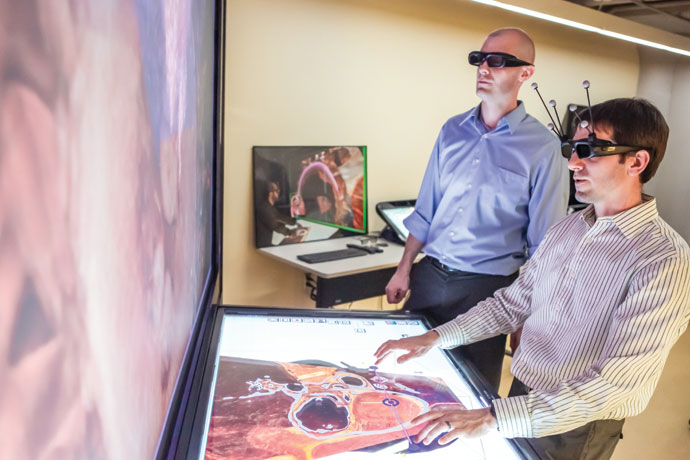 n electronics component firm that serves the automotive and medical device sectors is rapidly making a bid to be a top employer in Western Michigan, thanks to new contracts that are allowing the company to reshore jobs and offshore product.

In September, The Right Place, Inc., in collaboration with The Michigan Economic Development Corp. (MEDC) and the City of Grand Rapids, announced the approval of a $300,000 Michigan Business Development Program performance-based grant for Firstronic LLC. The grant will allow Firstronic to add 110 new jobs at its 35,000-sq.-ft. (3,251-sq.-m.) facility, where the company currently employs 68 people with an average tenure of 20 years. Firstronic plans to invest $2.45 million for building renovations, machinery and equipment.

Firstronic CEO John Sammut (“sa-moot”) says his region is home to a strong talent base.

“In Western Michigan we’re finding quite a bit of skilled labor,” he says. “Engineers in general have been difficult to recruit, but we’ve been able to identify plenty to meet our needs.”

Dedicated programs at local colleges are helping, especially as Sammut’s team looks to fill high-skilled positions. Sammut, whose company has joint ventures in China, India and the Czech Republic, says that sort of education support is hard to come by in developing countries, though Eastern Europe has a strong skills base.

He says the incentives “will make a significant difference because they enable us to continue to invest in the automation that makes us competitive in the first place. By doing that, it keeps us ahead of the curve, and able to demonstrate we can be competitive and secure more business in Grand Rapids.”

Sammut says his team considered its options over the past year as Firstronic has continued to secure incremental business, mostly with new customers. The JV locations abroad were in the mix, but “our preference, to the extent we’ve been able to be competitive, is to produce domestically,” he says. The JV locations will function as backup, primarily serving the markets where they’re located. Sammut says a cost comparison between Grand Rapids and the offshore locations showed a difference that was not that large.

“It’s more than offset by the logistics costs and the obsolescence risk” of the offshore locations, he says of the slightly higher costs in Grand Rapids. Most important is the flexibility the Grand Rapids operation enables the company to have, reducing a former software development and pre-production changeover time frame of six to eight weeks to one to two weeks.

“We have a high degree of confidence,” he says, “and can change on a dime.” 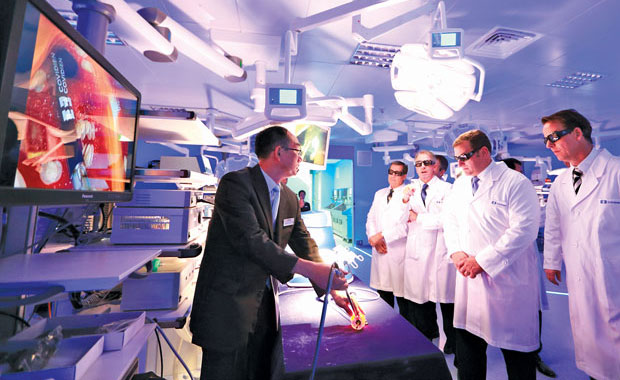 Covidien in August opened the Covidien Center of Innovation (CCI) Korea in Seoul, pledging a three-year investment of $21 million. Other CCIs are either opened or forthcoming in Shanghai, Mumbai, Istanbul and São Paulo.
Photo courtesy of Covidien

Close By in Mexico

As for conditions abroad, Sammut says both wages and the currency are appreciating enough in China (and to some extent in Vietnam) that “already we’re finding it’s close to the cost of producing in Mexico, which has a lot more advantages.”

Following the model of Sammut’s experience with his previous company, Firstronic will soon look at launching a plant in Mexico, where expansions in the sector have come from Coeur (Saltillo), San Diego-based DJO Global (a $2-million, 340-job project announced earlier this year in Tijuana), Orthopedic product maker Össur (Tijuana) and Fisher & Paykel Healthcare, which chose its highly successful Tijuana facility for a $20-million, 300-job expansion.

Welch Allyn started operation early this year of a Global Finance Shared Services center in Tijuana to take advantage of the area’s bilingual and bicultural talent. The project and a 2012 manufacturing expansion represent more than $9 million invested and more than 110 new jobs.

The manufacturing growth came about as part of the company’s December 2012 announcement that it would be reshaping its European footprint, including the transfer of manufacturing operations from Welch Allyn GmbH & Co. KG in Jungingen, Germany, to Tijuana.

In that same announcement, Welch Allyn said it would locate a new Europe and Middle East (EME) headquarters in Amsterdam, while also creating an operations center in the Netherlands region that will co-locate logistics infrastructure, product configuration, bench repair, and frontline technical services phone support. The company will continue to operate its Navan, Ireland, facility, moving some functions to the new headquarters over the next two years.

“Tijuana´s location has been a great competitive advantage for our operation,” said Raul Sanchez, plant manager, in May. “We have same-day communication with both our corporate headquarters in New Zealand and our US sales office in Irvine. Another great advantage is Mexico´s free trade agreements, [which allow] us to ship directly from Tijuana to 17 countries without stopping at our distribution center, reducing logistics costs and shipping times and resulting in a faster, better response to the customer.”

That doesn’t mean the company’s home territory of Auckland is being ignored. In March, New Zealand Prime Minister John Key was on hand to open its new US$80.8-million headquarters, a 32,000-sq.-m. (344,456-sq.-ft.) facility that will accommodate growth in R&D, clinical marketing, new product manufacturing and a logistics hub for shipments to more than 120 countries.

The company anticipates that the total number of people employed on its Auckland site will increase from 1,700 at present to more than 2,500 over time.

The company is not alone in seeking the best places on earth to site centers of innovation, especially when the divide between device makers and users can be bridged.

“Tijuana’s location has been a great competitive advantage for our operation.”

“We opened our facility in Shanghai in 2005, renovated it in 2010 and will be opening an expansion to it in February,” she says. “We also have three more facilities opening in 2014 — Mumbai, India; Istanbul, Turkey; and São Paulo, Brazil.”

In September, Boston Scientific Corp. opened the China branch of the Boston Scientific Institute for Advancing Science (IAS) as well as its new Innovation Center in Shanghai. It’s anticipated that the IAS will offer training courses for more than 700 professionals every year.

Medtronic, headquartered in the medical devices capital of Minneapolis, Minn., is also growing its global network of expertise. In September, with the support of the Industrial Development Agency in Ireland, the company opened a new Customer Innovation Centre in Galway. The $10-million facility is expected to welcome up to 500 physicians and customers a year.