How true is Montana’s economic trajectory, and will land-use issues drag it down? 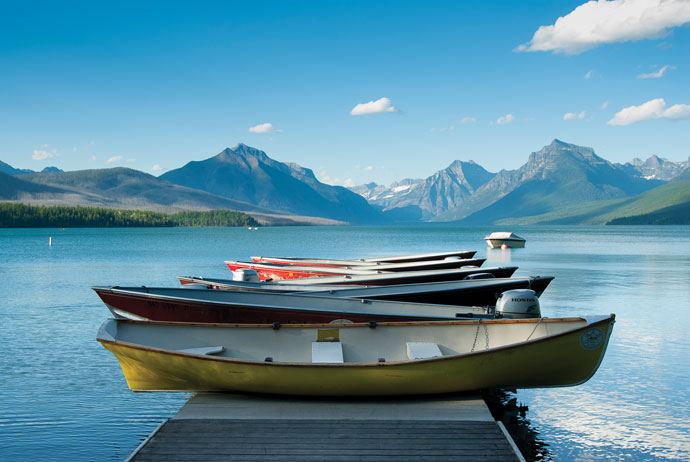 orporate site selectors want to see a single digit next to states in rankings designed to shed light on their suitability for investment. Like their business tax climate. By that measure, Montana makes the cut again this year, according to the Tax Foundation’s 2014 Business Tax Climate Index. It ranks 7th, up from 8th place in the 2013 version of the Index, which compares states in five areas of taxation that impact business: corporate taxes, individual income taxes, sales taxes, unemployment insurance taxes and taxes on property, including residential and commercial property. Neighboring Wyoming ranks 1st this year, and other Western states — Nevada, Utah and Washington — also appear in the Top 10.

“This report shows, once again, that Montana is a great place to do business,” said Gov. Steve Bullock when the report was released October 9th. “In addition to our great tax climate, we have a highly trained work force and an unmatched quality of life, which also entice companies to Montana. This is just another sign of what businessmen and women are recognizing: Montana is one of the very best places in the country to do business.”

The Tax Foundation report highlights the fact that Montana has no sales tax as one of the key factors that sets it apart from other states and makes it appealing to businesses.

But by a broader measure — the American Legislative Exchange Council’s “Rich States, Poor States: ALEC-Laffer State Economic Competitiveness Index,” Montana has more of the mountain to climb before it can enjoy the view. It ranks 42nd for 2013, down from 36th place in 2012. The report, released in May, examines the latest trends in state economic growth. The data ranks the 2013 economic outlook of states using 15 equally weighted policy variables, including various tax rates, regulatory burdens and labor policies. The sixth edition focuses on the growing momentum in state capitals for fundamental pro-growth tax and pension reform. 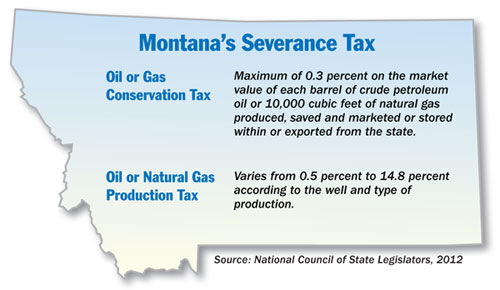 To its credit, Montana is one of a handful of states with a natural resource severance tax, which helps support, among other initiatives, the Big Sky Economic Development Trust Fund for financing economic development projects today and in the future. This tool will prove to be increasingly important as Montana’s economy benefits from energy-related investment similar to that taking place in next-door North Dakota.

As domestic energy production takes off, including in Montana, such funds will grow in their ability to foster prosperity — once land use issues are resolved. Or perhaps that prosperity is exaggerated, if not pure fantasy, as opponents to natural resource-based economic growth maintain. Following is an excerpt of an October 7th Montana Public Radio commentary (http://kufm.org/post/drill-baby-drill-ongoing-economic-fantasy) by consultant and former University of Montana economics professor Tom Power:

The Montana Petroleum Association’s (montanapetroleum.org) October 11th rebuttal to this viewpoint makes a compelling case for resolving the state’s land use issues once and for all. An excerpt:

Counterpoint: “After setting the stage to undermine how prolific the recent expansion in energy production has been, Power defends federal agencies, saying, ‘Whatever federal energy policy has done, it has not restrained energy production in the United States.’ The reality is, though, the federal government and environmental agencies have done nothing to increase energy production either, though they love to take credit for the recent success of the private energy sector.

The federal government leases less than 6 percent of its onshore lands for oil and gas development. Under the Obama Administration, the rate of leasing has slowed by about half. According to the Energy Information Administration, in fiscal year 2011, production on federal lands dropped 13 percent from fiscal year 2010 levels, led by a drop in federal offshore production of 17 percent. The majority of oil production on federal lands (around 80 percent) is located in offshore waters. Furthermore, the rate of permitting has also declined by more than one-third.

These facts show that the trend during the current administration has been toward fewer leases and permits for oil and gas drilling and a longer processing time before approval, in contrast to state programs where permits can be obtained in less than a month.

Additionally, federal agencies like Fish and Wildlife Services, and the Bureau of Land Management, are proposing widespread conservation efforts throughout western states which will have a direct negative impact on current and future development.

In Montana, the BLM has released three resource management plans that call for millions of acres to be restricted from oil and gas leases along the Hi-line and in Eastern Montana. The lack of consideration for the economic impact these management plans would have on Montana’s work force and budget is egregious. Though new management areas will require funding, BLM Director of Montana/Dakotas, Jamie Connell, says she doesn’t know where new money will come from (Sept. 26th TSRIA meeting, Big Sky).”