hen the University of Georgia got its start in Athens in 1785, agriculture was the state’s driving force, and its founders envisioned a university that would be closely tied to the state’s agricultural economy. While agriculture remains important, Georgia’s economy, now the 10th largest in the United States, is broad-based and technology-rich, and the state is recognized as the best in the nation for doing business.

UGA’s commitment to assuring a strong state economy and to improving the lives of Georgians has remained its top priority for over two centuries. As newly appointed UGA President Jere Morehead has said, of all the ways the university serves Georgia, “Perhaps no area is more important than the role we can play in improving Georgia’s economy and helping to create jobs for Georgians.” From preparing communities to grow to conducting internationally renowned research, UGA resources help draw industry to Georgia.

Georgia enjoys a reputation as a center of discovery and invention, with UGA, the state’s most comprehensive research university, playing a crucial role. UGA consistently ranks among the top 100 public research universities in the country and is known throughout the world for its breadth of research and discoveries that promote technology-based economic development. 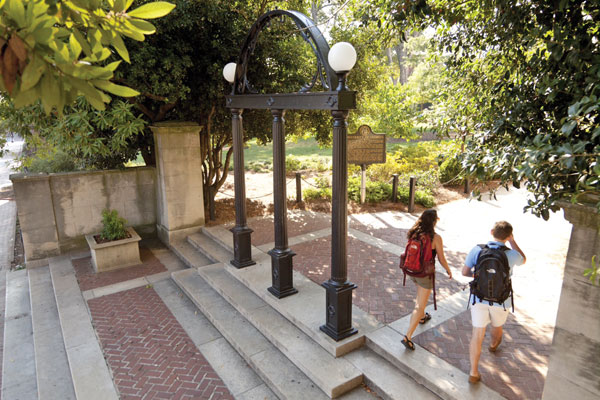 Long known as an agricultural and veterinary medicine powerhouse, UGA is now also known for its life sciences research, including fields as diverse as plant genetics, bioenergy, regenerative bioscience, food safety, cancer, obesity and nanoscience. In 2010, UGA in partnership with Georgia Regents University opened the doors to a first class of medical students, addressing the critical shortage of physicians in the state and increasing opportunities for clinical research. And last year, the College of Engineering opened with innovative, interdisciplinary approaches to help meet the growing need for engineers in Georgia and prepare entrepreneurial students. 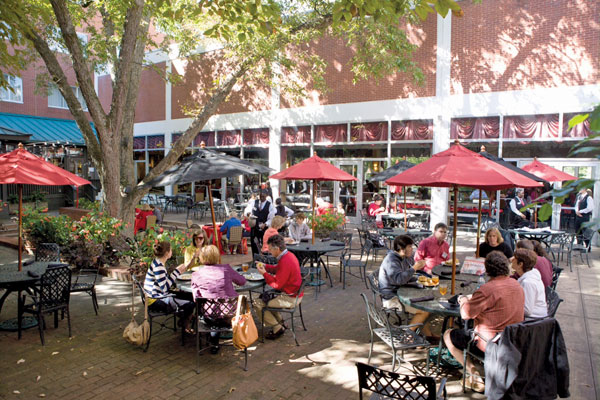 The university’s technology commercialization office moves the broad portfolio of research emerging from UGA’s laboratories, fields and offices to the marketplace through partnerships with industry, licensing technologies to companies, launching technology-based startups, and attracting businesses to Georgia.

For the fifth consecutive year, UGA ranks among the top five U.S. universities for the total number of licenses and option agreements executed, due in large part to a broad technology portfolio that ranges from peanuts to pharmaceuticals. Nearly 500 products based on UGA technologies are now in the marketplace, with technologies licensed worldwide. UGA is also a top 15 U.S. public university for licensing revenues. 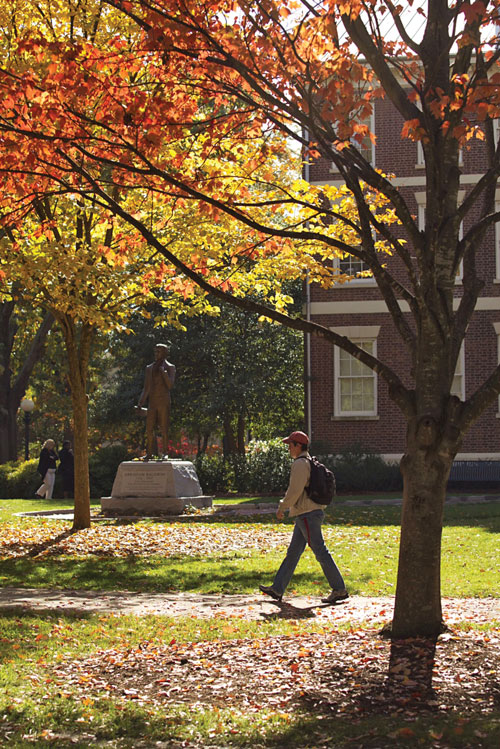 The University of Georgia in Athens has a long history of supporting economic development efforts statewide. Founded in 1785, the school is located on a 759-acre campus and serves as the flagship university for Georgia.
Photos courtesy of UGA Photographic Services

UGA’s reputation as an outstanding research institution helps attract industry partners to Georgia. This year, Galectin Therapeutics Inc., a Boston area-based biotech firm working to develop carbohydrate-based therapeutics for cancer and fibrosis, relocated its headquarters to Atlanta because of its proximity and ready access to UGA’s Complex Carbohydrate Research Center (CCRC), one of the largest centers in the world dedicated to the analysis and study of complex carbohydrates. Even before relocating to Atlanta, Galectin’s collaboration with UGA’s exceptional resources, research and scientific expertise helped the company to become more competitive in the marketplace.

In addition to attracting companies to Georgia, UGA grows them. The Georgia BioBusiness Center, UGA’s biotechnology business incubator, provides a fertile environment for entrepreneurship based on UGA research. Over 100 technology-based companies have spun out of UGA research since 1972. Recent success stories include Synageva, a biotech company based on UGA genetics research, which graduated from UGA’s incubator last year. The company developed a new method to use poultry for the production of proteins that have therapeutic potential for humans. Another recent graduate is IS3D LLC, a startup that develops interactive, 3-D educational materials that increase high school student performance and interest in science, technology and engineering. Fifteen start-up companies are currently housed in the center’s incubator. 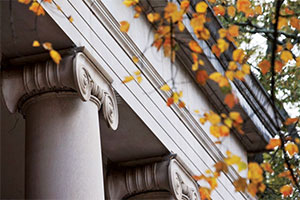 UGA is also a partner university of the Georgia Research Alliance, one of the nation’s most innovative organizations dedicated to advancing science and technology-based economic development in association with research universities. Its GRA Ventures program, which seeds and shapes companies around research at Georgia’s universities, including UGA, has created 22 sustainable Georgia-based companies based on UGA research.

UGA is also known as an outstanding public service university. Across the state’s 159 counties, and in over 500 communities, UGA outreach experts work with local businesses, leaders and officials on preparing their community in all the ways that matter to businesses looking for a home: quality-of-life that helps attract and retain a work force, government and community leaders with both vision and expertise to partner with businesses, and access to university expertise that can help address local problems.

Companies like Caterpillar Inc. and Baxter Industries come to Georgia counting on UGA to help access important resources that help with the transition to the region. In early 2012, Caterpillar, the world’s leading manufacturer of construction and mining equipment, selected an industrial site just outside Athens, Ga. — home of UGA — for constructing an assembly and production factory.

Sean McMillan is the Director of the UGA Office of Economic Development in Atlanta, which positions him for building economic development activity throughout the state and in the Metro Atlanta area.

With the facility came 1,400 new jobs in Georgia. Athens was well prepared for just such an opportunity, owing to the close relationship of the university and local community leaders and because of the research, intellectual, technical, cultural, work-force and community resources at hand.