Food and beverage ecosystems are now in place in the Commonwealth of Virginia, attracting investment from companies in every part of the sector. 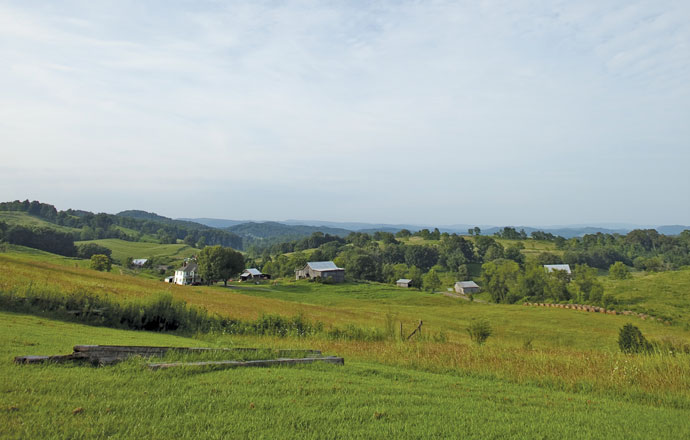 ood and beverage is one of Virginia’s top industry sectors, with more than 33,000 people working at PepsiCo, Tyson, Boar’s Head Provisions, Lipton Tea and well over 500 other companies. A review of recent capital investment in the Commonwealth points to a heightened interest in this sector, with nearly two dozen new projects so far this year. Is it the climate? The business climate? The soil? Proximity to so many East Coast metropolitan markets?

Whatever factors are driving these site decisions, they are attracting a smorgasbord of project types, from dairy operations to food processors to greenhouses to packaging specialists.

“Maybe it speaks to the whole farm to table movement, and increased interest in food safety and security,” says Liz Povar, vice president, business expansion at Virginia Economic Development Partnership. “We have always had a strong focus on both retention and recruitment for this industry, because we have natural and manmade assets — a transportation network that reaches target populations in the Northeast. Depending on the raw materials, we have available agricultural land. And we’ve always had some communities that are home to food processing clusters, like in the far southwestern corner of Virginia, the Fredericksburg area and the Shenandoah Valley.”

In August, Ardagh Group, a global manufacturer of containers for the food and beverage industry, announced a $93.5-million investment to establish a metal packaging manufacturing operation in a 525,000-sq.-ft. (48,780-sq.-m.) facility in Roanoke County. Earlier in the year Ardagh signed a long-term supply agreement with a major customer, ConAgra, requiring the company to add capacity in the eastern United States. Virginia successfully competed against Kentucky, North Carolina, Maryland, West Virginia, Pennsylvania and Tennessee for the project, which will create 96 new jobs.

Ardagh Group is a Luxembourg-based global leader in metal and glass packaging solutions for the world’s leading food, beverage and consumer brands. The company has more than 100 facilities and 18,000 employees in 25 countries producing 26.6 billion containers a year. US metal packaging operations are based in Carnegie, Pa. 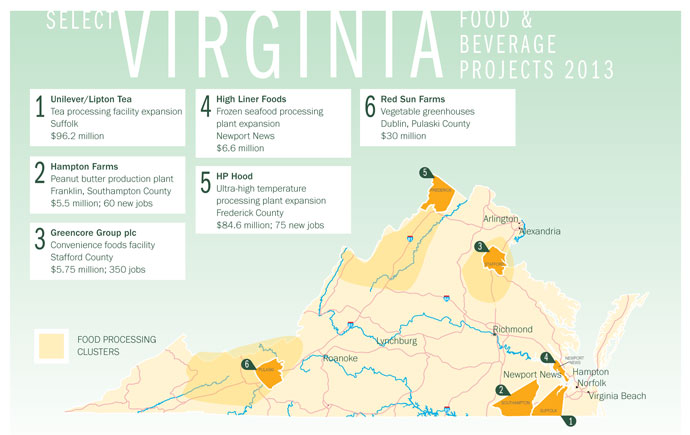 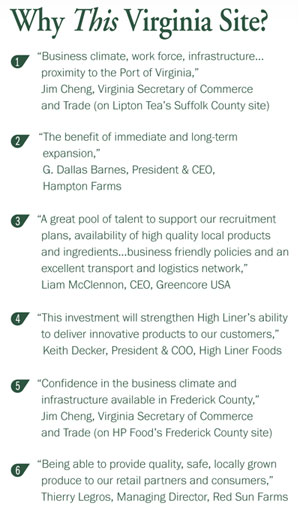 “Our expansion into Roanoke County was the result of evaluating a variety of qualifications, including, but not limited to, the proximity to our major customer, favorable business tax structure, skilled labor and reasonable cost of living for our employees, as well as logistical advantages,” said James Willich, CEO, Ardagh Metal Packaging USA Inc. “We’re pleased that Roanoke County emerged to be the clear choice.”

The Virginia Economic Development Partnership worked with Roanoke County and the Roanoke Regional Partnership to secure the project for Virginia. Governor McDonnell approved a $750,000 grant from the Governor’s Opportunity Fund to assist Roanoke County with the project. The company qualifies for rail access funding from the Virginia Department of Rail and Public Transportation. Through its Virginia Jobs Investment Program, the Virginia Department of Business Assistance will provide funding and services to support the company’s recruitment and training activities.

Meanwhile, in Other Industry Sectors…

Eastman Chemical Company will invest $40 million over the next three years to expand its manufacturing operation in Henry County. Eastman acquired the site in 2012 and became the leading global manufacturer of window films for the automotive and architectural markets. The company’s facility in Henry County is one of the largest and most integrated window and performance-coated film manufacturing sites in the world. The project is expected to create 25 new jobs.

Mark Costa, president of Eastman stated, “Eastman’s investment in Henry County will target specific initiatives and include infrastructure and technology upgrades, warehousing improvements, environmental, safety and reliability enhancements and production capacity expansions to support growth. To enable each of these, Eastman anticipates an increased need for skilled employees. The partnerships with Patrick Henry Community College and New College Institute are critical for successful workforce development.”

And North American Mold Technology (NAMT) will invest $4.35 million to establish a manufacturing operation in Danville. The company will produce and refurbish the molds used in the manufacture of tires, creating 120 new jobs. Its customer base will include almost all major tire manufacturers in the US. Virginia successfully competed against Ohio for the project.