by ADAM BRUNS
B 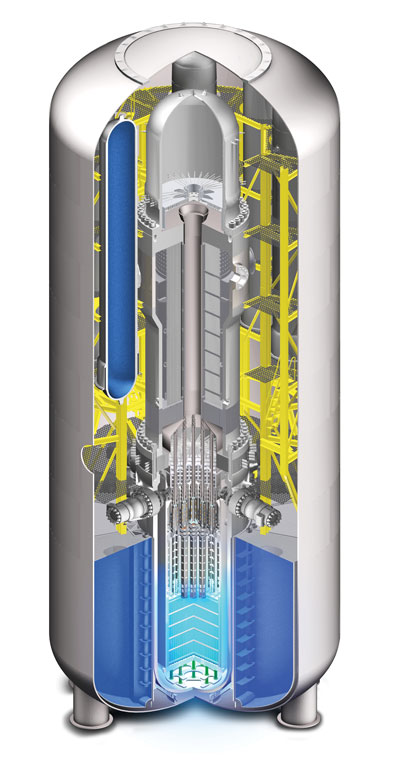 usiness customers are used to partnering with Ameren and its economic development team to optimize operations. To keep prices low and the system reliable, Ameren is also focusing on innovative partnerships with higher education, so that Missouri and Ill-inois can continue to attract new business for years to come.

Ameren’s longtime work with Westinghouse Electric Co. on nuclear energy reached a new level this summer when it was announced that Missouri University of Science and Technology in Rolla, home to the state’s first nuclear reactor, will lead the multi-university Small Modular Reactor (SMR) Research and Education Consortium with a satellite center at the University of Missouri-Columbia (MU). Ameren and Westinghouse Electric Co. are founding members of the consortium.

“As a founding member of the consortium, we are able to advance state-of-the-art of nuclear power technology while supporting our local universities in research and educating the public,” said Warner Baxter, president and CEO, Ameren Missouri, in July. “Our investment in the consortium will directly support efforts to advance the business of small modular reactors in our state, creating non-carbon energy, jobs and future economic development opportunities.”

“Rapid deployment of the first Westinghouse SMR in Missouri offers the opportunity to create a new industry cluster to serve a global market,” said Kate Jackson, chief technology officer at Westinghouse Electric Co. “The research consortium provides a unique resource to our company and to the energy sector in the US.”

Projects the consortium may consider in the future include a validation and verification study and a plan to study ways the heat generated by SMRs could be used in projects like water desalinization, production of petroleum products and hydrogen production.

Hydrogen is a key to Ameren’s project on the Illinois side of the Mississippi too. 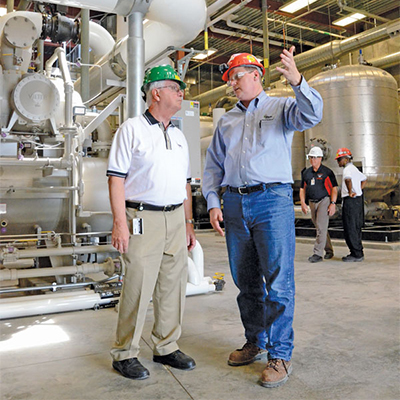 In November 2012 the Metropolitan St. Louis Chapter of the Project Management Institute awarded Ameren Missouri the 2012 Project of the Year award for effective project management in the construction of the Maryland Heights Renewable Energy Center. The center began operations in the summer of 2012 and can produce enough renewable energy from landfill gas to power approximately 10,000 average Missouri homes.
Upon completion, the energy center was 17 percent under budget and 108 days ahead of schedule. The project is competing against international contenders for PMI’s Project of the Year award.

The fuel cell will be the first alternative energy source added to the site that will soon be known as the Alternative Energy Production Center (AEPC) at Lewis and Clark, which in 2008 completed a climate action plan with the goal of eventually becoming a carbon-neutral campus.

“Lewis and Clark will be one of the first sites in the Midwest to access this new technology, and we are honored that Ameren has selected our campus for this collaborative effort,” said Lewis and Clark President Dale Chapman.

Ameren will install the system and utilize the demonstration site for views by its strategic partners. Ameren and the Electric Power Research Institute (EPRI) will have access to the data from the fuel cell for further research and analysis.

“I think it is appropriate for a community college with a namesake like Lewis and Clark to be a pioneer in alternative energy technology,” said Richard J. Mark, president and CEO of Ameren Illinois. “If fuel cells become more commercially viable, consumers could generate their own electricity at their homes and businesses — leading to savings on their energy bills.”

Ameren Illinois created an additional 82 full-time equivalent jobs for employees and contractors during the first quarter of 2013 in support of the MAP. Positions from engineers to linemen and more will be needed to carry out the thousands of planned infrastructure projects. Hiring will ramp-up during the peak of the program in 2015, when more than 450 positions will need to be filled.

Whether through the power of its economic development team or its approach to new power sources, Ameren aims to transform the communities it serves into engines for future prosperity.

This investment profile was prepared under the auspices of Ameren Economic Development. For more information, visit www.ameren.com/ecdev.