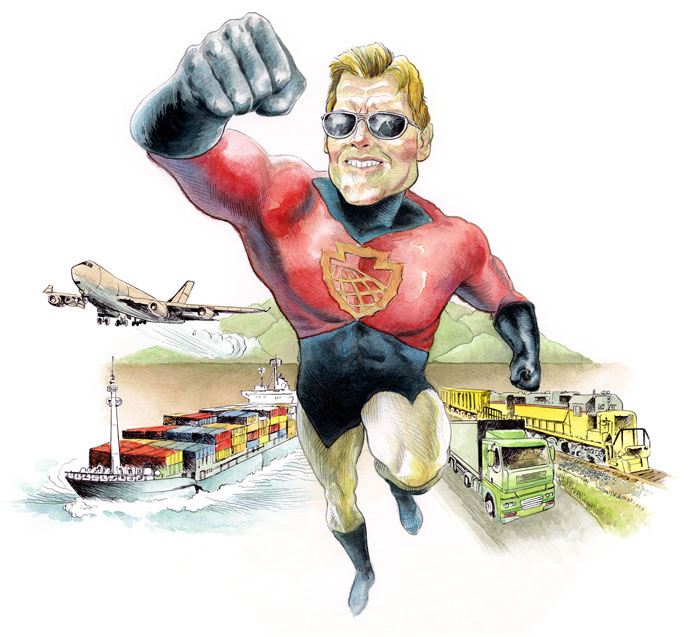 When the world’s fastest-growing retailer needed a logistics solution in America’s largest consumer market, it looked no further than San Bernardino County, Calif.

Amazon opened the doors to its 1-million-sq.-ft. distribution center in San Bernardino on Oct. 18, 2012, and barely nine months later the Seattle-based giant announced it would hire 100 additional workers at its 1,000-employee complex in the state’s largest county. The firm will also add another 515,000 sq. ft. to its facility.

The hiring is part of Amazon’s push to create 5,000 new jobs at the company’s fulfillment centers around the country — and nowhere is the retailing giant more eager to move goods to market than in the 22-million-person market of Southern California. 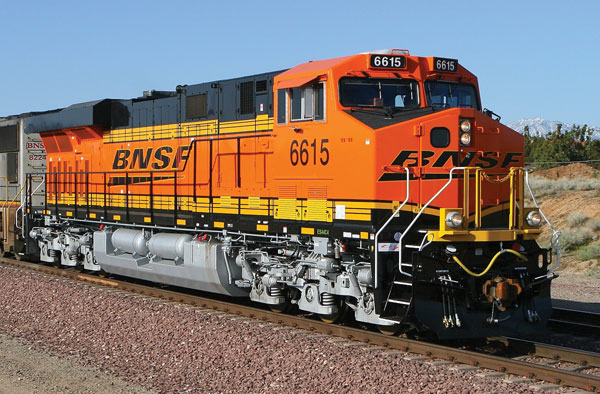 BNSF Railway is one of the major rail carriers operating in San Bernardino County, the largest in land mass in the entire U.S.
Photo courtesy of BNSF

“San Bernardino is a wonderful place to call home and we’re grateful to those who helped us bring new jobs and investment to the community,” Amazon General Manager Eric Lewis said when his firm opened its center. “We will continue to hire and look for additional ways to partner with local and state organizations.”

The new jobs pay well too — typically 30 percent higher than the wages of employees in traditional retail outlets. Full-time Amazon workers also qualify for stock grants. Over the past five years, this benefit has added an average of 9 percent to base pay annually.

Amazon joins a rapidly growing array of companies that are choosing to expand in San Bernardino County, which is the largest in the United States with a total area of 20,160 sq. miles. With 24 municipalities, the county boasts a population of 2 million-plus and a work force exceeding 900,000.

In recent months, Samsung, Dell, Altec, Zollner, Advanced Call Center Technologies, Sutter Health and many others have joined Amazon in the race to capture a foothold in this market.

"By the first quarter of 2014, I fully expect to expand my operation in Rancho."
— Ed Miller, director of logistics, MCS Frame

Ed Miller, director of logistics at MCS Frame, is one of those site selectors who’s betting big on San Bernardino County. His firm recently moved an extensive logistics operation into a 110,000-sq.-ft. facility in Rancho Cucamonga near Interstates 10 and 15 and the Ontario International Airport.

The 30-job distribution center for picture frames and mirrors was moved from Visalia in Tulare County about 225 miles to the north. “I had plenty of space there,” says Miller, who’s based in Easton in the Lehigh Valley of Pennsylvania. “It just wasn’t realistic to stay there. I wanted to attract the best talent.”

Driving the site search was the need to expedite delivery of product to market, Miller says. “The reason we set up shop in California is because we can ship product to our customers two to three weeks faster than if we brought the plant to the East Coast.”

Miller notes that his “extensive research unveiled the top 10 logistics sites in the U.S., including Lehigh Valley, Pa.; El Paso, Texas; and Southern California. MCS already had sites in Pennsylvania and Texas, and logically it made sense for me to locate to the Inland Empire.”

Shorter turnaround time: “It is 60 miles from the Port of Long Beach,” he says. “That is less turn time to get containers in and out to my site.”

Great deal on real estate: “With the competitive lease rates in San Bernardino County, the cost advantage of a more remote location such as Visalia became a non-issue with the recession.”

Government support: “The county has been terrific to work with. They assisted with hiring employees, allowed MCS to use their offices to conduct interviews, and even provided tours of the area to many MCS employees who were considering relocating to the Inland Empire from Pennsylvania and Visalia. Their support truly helped in making the decision to relocate in the Inland Empire.”

The work force: “We received tremendous responses when we posted jobs for the new site. Unlike remote locations, when you solicit for positions in the Inland Empire, you’re going to get people with true experience. You will not need to consider a department store manager as your shipping manager; if you look for a shipping manager, you will find a shipping manager.” 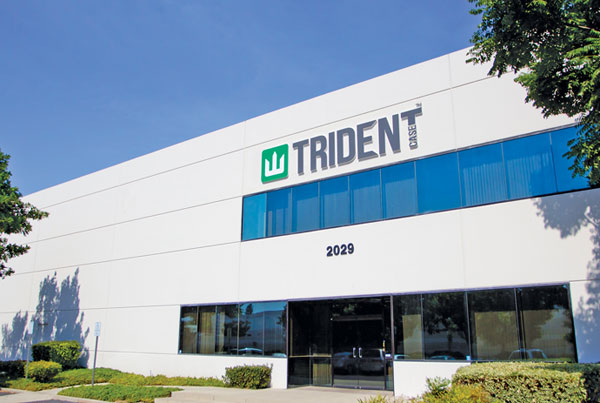 Trident Case is a mobile device case manufacturer that recently made the decision to bring much of its manufacturing back from China to the U.S.
Photo courtesy of Trident Case

Access to customers: “Transportation lanes — MCS is where the action is now. My customers are located in the Inland Empire, so their orders get to them within an hour.”

Prospects for growth: “Because we are now located in the Inland Empire, one of my national retail customers approached me about distributing from my new site.”

As a result, MCS is now on the fast track to expansion. “By the first quarter of 2014, I fully expect to expand my operation in Rancho with the addition of a national account,” Miller says. “I am currently in the planning process, reviewing forecasts to determine stocking levels, and working with my IT department to program the logic to support the distribution.”

The Trident Case move is especially significant as the mobile device case maker shifts more of its manufacturing to the U.S. from China.

According to Lip Yow, president and founder of Trident Case, the firm started operations in 2010 in a 2,000-sq.-ft.f 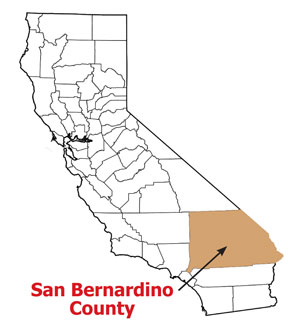 actory in Chino, Calif., and has since grown to more than 111,000 sq. ft. including its new facility in Rancho and a 74,000-sq.-ft. corporate headquarters in Ontario.

Yow says the firm plans to move 50 to 75 percent of its manufacturing business from China to Southern California, with about 75 new jobs landing in Rancho by the end of this year.

“Manufacturing in the U.S. can be challenging,” said Yow. “Labor, utilities, infrastructure and regulations are all more expensive here when compared to China. However, there are substantial benefits to manufacturing in the U.S., including tax benefits, significant time and transportation savings, and greater quality control and speed to market.”

Erin Luzzi, vice president of marketing for Trident Case, says that a “variety of factors made Chino and Ontario good locations for our corporate office, including affordable facilities, proximity to team members’ residences, and nearby supporting businesses such as UPS, FedEx hubs and the Ontario airport. These same considerations also made Rancho Cucamonga the perfect location for our manufacturing facility, in addition to the available skilled manufacturing labor force and its close proximity to our Ontario corporate office.”

To date, Trident Case has invested about $4 million into its facilities in the county, and Luzzi notes that the firm will invest another $2 million to $3 million over the next 12 months.

“The county has been extremely welcoming and helpful to our growing operation, providing many services that we couldn’t have received elsewhere,” says Luzzi. “We are also taking advantage of the local Foreign Trade Zone, which provides a reduction in cost when importing and exporting. The zone was put in place specifically to encourage more manufacturing. The county introduced Trident Case to an on-the-job training program to kickstart manufacturing, essentially providing a labor pool and on-the-job training with wage reimbursement.”

Luzzi calls the work force of San Bernardino County “plentiful, hard-working and career-minded. We couldn’t hope for a better talent pool to help us continue to meet our growth objectives,” she adds. “Traditionally, San Bernardino County has been known for being stronger in manufacturing than other local counties. Land availability has made it easier to set up efficient manufacturing sites. We have been able to effectively recruit qualified team members locally that understand our manufacturing machinery and expectations.”

Luzzi is bullish on the long-term growth prospects of the Inland Empire. “We think it will become a major manufacturing center as part of the Made in the USA movement,” she notes. “Plus, its collection of roadways, runways and railways lead to regional, national and international business centers. One of its transportation assets is the Ontario International Airport featuring the western hub for UPS.”

Kelly Reenders, economic development administrator for San Bernardino County, notes that “Trident Case is a perfect example of how successful an innovative manufacturing company can be in our county. While the company benefits from our large work force and strategic location, our county and city representatives and associated team members have been able to provide significant assistance and resources to help Trident Case grow and thrive — and more importantly hire more employees to further expand their market share.” 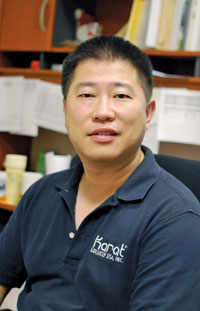 The county also assisted Lollicup USA Inc., a specialty beverage maker, supplier and retailer, in an expansion and relocation of its U.S. headquarters to Chino. The company will soon move into its new state-of-the-art 300,000-sq.-ft. facility currently being built on Kimball Avenue.

The move adds more than 40 positions to Lollicup’s 180-employee operation and represents an investment of more than $12 million in equipment and office improvements.

“We chose the city of Chino primarily because we were looking for a new building that would fit our needs,” says Alan Yu, president and CEO of Lollicup USA. “The builder was very helpful in helping us customize the space, as well as connect us with a city official who helped us get all the necessary permits. In most of the cities in the Los Angeles area, you won’t receive that kind of support, and they typically drag out the permit process. The taxes in San Bernardino County are also lower than the taxes in Los Angeles County.”

Speed to market was a critical factor in this deal, notes Yu. “We’re in the quick-service industry, and it’s growing faster than ever before,” he says. “Fast-food chains have been growing exponentially in the past five years. Chains have been opening new locations on every available corner in the Southern California area, and in turn have increased their orders with us for disposable cups, napkins and utensils.”

Finding qualified help has been no problem either, adds Yu. “The work force here is abundant,” he says. “We’ve received more than 300 applications and resumes (for the 40 open positions), and most of them seem qualified.”

Another big deal announced this summer was from Nordstrom-owned HauteLook, which chose San Bernardino County for a major relocation and expansion. The online retailer announced July 8 that it will move into a 604,000-sq.-ft. distribution center in the city of San Bernardino this fall.

The company is moving to the Glen Helen Distribution Center on Glen Helen Parkway as part of a 10-year lease agreement. The relocation more than doubles HauteLook’s space from its current 300,000-sq.-ft. Fontana location.

“The county has proven to be a strong location for our operations,” said Terry Boyle, president of HauteLook. “That’s why we’ve not only decided to remain here but looked to expand our fulfillment center operations significantly. We get the benefits of a strong labor force and we’re close enough to our Fontana facility that our existing team members won’t have a substantial change to their commutes.”

Reenders adds that “there is a growing trend within the county for major retail brands and e-commerce companies to expand their operations, taking advantage of our quality stock of industrial real estate and in some cases building new, high-quality developments. Our focus is to bring new companies here as well as work closely with existing firms to provide them with the resources to help them thrive, add to their work force and further build upon their success.”

This Investment Profile was prepared under the auspices of the San Bernardino County government. For more information, contact Kelly Reenders at 909-387-9801 or by email at kreenders@eda.sbcounty.gov. On the Web, go to www.sbcountyadvantage.com.