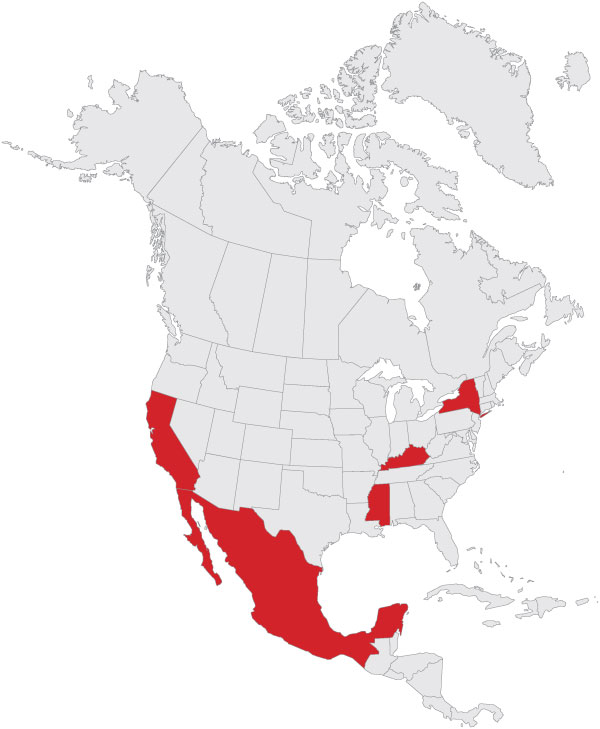 T he U.S. Department of Transportation’s Federal Highway Administration in August released a report on the nation’s busiest Interstates that shows people drove more than 84.7 billion miles on California highways in 2011 — more than 900 times the 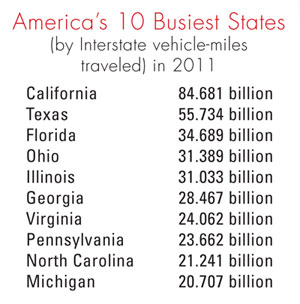 distance from Earth to the Sun — making the Golden State’s highways the nation’s busiest. Overall, vehicles traveled 2.95 trillion miles on U.S. roads in 2011 — the eighth-highest level ever recorded, and nearly double the amount traveled in 1980. 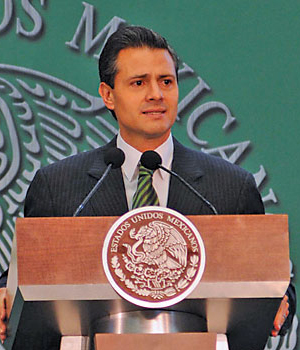 After already welcoming major recent new plant investments from Audi, Honda and Mazda, with another from Daimler waiting in the wings, Mexico in June welcomed a new $691-million investment from GM, which has been operating in the country for nearly 78 years.
“The quality of our employees’ work continues transcending borders,” said said Ernesto M. Hernandez, president and managing director of General Motors de Mexico, “allowing us to continue attracting investment to maintain a strong production of vehicles, engines and transmissions of outstanding quality for our customers around the world.”
The investment includes $349 million for the Silao Complex for a new transmission plant and a new generation of 8-speed transmissions; $131 million for the San Luis Potosi Complex to expand the next-generation transmission plant; and $211 million of all-new investment to expand the Toluca Complex.
The Silao and San Luis Potosi investments total $480 million and complete the allocation of the $900 million GM Mexico announced in July 2011. Last July, GM announced the allocation of $420 million for other projects in San Luis Potosi and Silao.
Yet another multinational automotive investment may be on the horizon, as Automotive News reported in August that BMW was mulling a new manufacturing complex in the country. The publication quoted Ludwig Willisch, CEO of BMW of North America, as saying preliminary discussions with local governments were under way, but that the deal would hinge on a successfully negotiated free trade agreement between the US and Europe

A new report from the National Academy of Social Insurance (www.nasi.org) presents new data on workers’ compensation programs for 2011 and updates estimates for 2007– 2010 with newly available data. Among its findings: 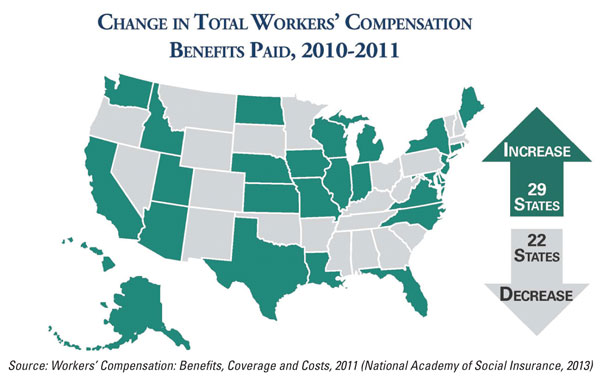 Two territories generally known for their poor performances in health rankings have attracted two investments from General Dynamics.
This summer General Dynamics Information Technology announced it would create up to 1,300 new jobs at facilities in London and Winchester, Ky., outside Lexington, and make significant investments at each location. Both new facilities in Kentucky will provide technical assistance for the technical implementation of the federal government’s Health Insurance Marketplace. The London site will employ up to 1,000 people and the site in Winchester will employ approximately 300. The company also has approximately 400 employees at an existing facility in Corbin.
The same division also announced a 1,000-job customer support center would be located in Hattiesburg, Miss. The new center will support General Dynamics’ contracts with the U.S. Department of Health and Human Services’ Centers for Medicare and Medicaid Services. The new Hattiesburg project is in addition to the Federal Student Aid Information Center project announced by the company in February 2013, which will create an additional 225 new jobs by this summer, increasing to 250 by spring 2014.

An Elite bow made by TOG


New York Gov. Andrew M. Cuomo in August announced that The Outdoor Group LLC (TOG), a manufacturer of high-end archery equipment, will build a new 70,000-sq.-ft. (6,503-sq.-m.) manufacturing building and move part of its operations from Kentucky to the Rochester suburb of Henrietta. The deal will retain 44 jobs that are currently in Rochester and bring 35 jobs from Kentucky. TOG will receive $900,000 in Excelsior tax credits from Empire State Development for its $5-million investment.
TOG is an umbrella group for a series of LLCs all involved in the manufacturing of high-end archery equipment. TOG operates three manufacturing locations in Rochester, Kentucky and Oregon. TOG recently outgrew its Rochester location of 15,000 sq. ft. (1,394 sq. m.) of leased space, prompting an evaluation of options to account for the company’s growth and to consolidate operations.
The company had two possible courses of action: The first would be closing its Rochester plant and relocating all of its operations to a facility in Kentucky. The second and eventually chosen course was constructing a new facility in the Town of Henrietta, moving its existing Rochester facilities into the larger space and moving one of its existing companies from Kentucky.
“As a lifelong resident of Western New York, I was very pleased that the State of New York and Monroe County were able to help us keep our growing business right here in Henrietta,” said Peter Crawford, president of TOG. “It is fantastic to see New York State and its counties implement programs that will grow our own economy and retain jobs. 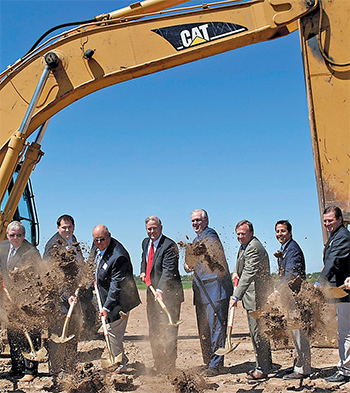 Founded in 1904 in East St. Louis as the General Roofing Manufacturing Company, CertainTeed has grown into one of North America’s leading manufacturers of building products. In July the company broke ground for a new $100-million, 100-job manufacturing and distribution center in Jonesburg, just west of St. Louis.
CertainTeed, a subsidiary of Compagnie de Saint-Gobain SA of France, currently has approximately 6,000 employees and 65 facilities throughout the US and Canada. The Jonesburg plant will be the second plant for CertainTeed in Missouri, with the other being a roofing granule production facility in Gads Hill. Saint-Gobain operates an additional six building materials distribution and glass bottling facilities in the state
“We’re excited to be coming home again,” said Tom Smith, president of CertainTeed Roofing. “The Jonesburg plant plays a strategic role in meeting the ongoing demand for CertainTeed roofing shingles, and when it came time to decide on where to expand, we looked no further than Missouri. With low taxes and a skilled work force, the Show-Me State is a great place to do business and our new facility here will deliver top-notch service to key customers. We are tremendously appreciative of the support we’ve received from Gov. Nixon, the Missouri Department of Economic Development, officials from Warren and Montgomery Counties and the city of Jonesburg in helping make this plant a reality.”

Correction: The Missouri Spotlight in the July 2013 issue erroneously stated that the county seat of Jasper County is Joplin. The county seat is, in fact, Carthage.