Shedding Light On the Bottom Line

Companies far and wide are finding ways to let the sun do the work. 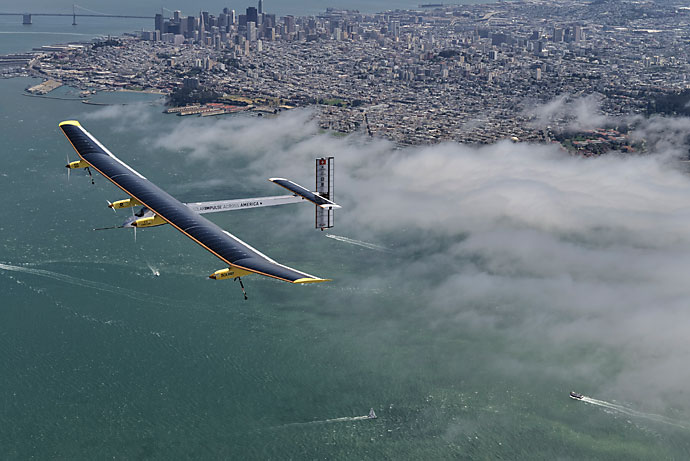 The visionary Solar Impulse solar-powered aircraft, backed by the Swiss government, completed a coast-to-coast tour of the US this summer. Here, the aircraft soars over the Bay Area in April.
Photo © Solar Impulse | Revillard | Rezo.ch
by TOM KIMBIS
A

In fact, it works so well that it is by far the fastest growing energy source in America, with even oil companies bullish enough on solar to project its global dominance before century's end. Saudi Arabia is bulking up on solar to delay its own forecasts of becoming an oil importer within a generation, while America's own "Saudi Arabia of Solar" — the Mojave desert — hosts enormous solar power facilities that power streetlamps on Rodeo Drive and air conditioning units above the Phoenix Suns.

Growth in the U.S. solar industry recently has been strongest and most consistent across the residential sector. Buoyed by innovative financing and ownership structures, solar is delivering affordable, reliable power to the Joneses, while neighbors across America watch, learn and try to keep up. Even the military, with its need for remote energy sources from Afghanistan to Fort Bliss, Texas, has embraced solar technology.

But nowhere is the newfound American experiment with solar so public, so resoundingly successful and sensible, than across the commercial sector.

When evaluating the recent solar purchase of said Mr. and Mrs. Jones, one may wonder if the individual consumers are satisfying an environmental desire, falling victim to peer pressure, or simply making a wise financial decision.

Not true when Walmart executives decide to blanket their stores and warehouses with solar panels. Or Target stores, or IKEA or Macy's. As good as solar is for the nation's carbon footprint, its stunning success of late is its black-and-white impact on the bottom line. Simply put, solar can cut costs and blunt risks. And that means more profits for shareholders, or more operating capital directed away from electric bills and toward the multitude of ever-changing corporate needs.

Companies such as Costco, FedEx and General Motors know a smart investment when they see one, and they are all adopting solar energy in a big way. And they are just getting started. Take a look at the Solar Means Business report from the Solar Energy Industries Association and the Vote Solar Initiative. Megawatts of solar are changing the commercial energy landscape from dozens of Walgreen's retail rooftops in Ohio to an impressive Kohl's solar empire across California, Colorado and beyond.

Who's Letting the Sun Shine In?

Why solar? Why now? Why here? Three factors a solar market make: The amount of sunlight striking the facility. The price of competing electricity sources. The state and local policies growing or inhibiting solar development.

Sunshine ("insolation" to those in the solar business) is surprisingly the least important of these three. Outside Southern California, Nevada or Arizona, there is much less difference in insolation across geographies than most Americans (and corporate decision-makers) recognize. For instance, northern Florida, despite the state's moniker, shares similar levels of sunshine with South Dakota and eastern Montana.

More important for the facilities manager or the head of corporate operations is to examine how much a site is paying out each year to the local utility for conventional power, and how easy - or difficult - will that same utility and prevailing jurisdictions make it for this site to use solar on site? Will there be labyrinthine rules required to power up your own business? Or will the state offer incentives for reliable solar distributed power that incidentally keeps air and water clean?

The US installed 723 MW of solar energy in Q1 2013, which accounted for over 48 percent of all new electric capacity installed in the U.S. These installations represented the best first quarter of any given year for the industry.

Answering these questions is a good first step toward determining if solar is the right choice today for any particular site. Sometimes a company is influential enough to swing those answers toward the desired result. Other times, it may make sense to look to a different corporate site for a first foray into solar. But increasingly these answers point toward solar becoming a viable part of the company's energy portfolio. 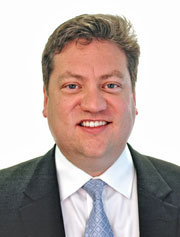 One thing is certain: Corporate America is incorporating solar in its boardroom discussions enough for double-digit corporate-sector solar market growth quarter over quarter over the last couple of years. Influential developments — such as boiler-room-intense research on breakthrough energy storage technologies and manufacturing efficiencies as the whole industry continues to scale — are coming that could change the equation for many companies. Natural gas, our latest energy bounty, is a natural fit with solar in many ways.

Solar is not the full answer to every site manager's needs — at least for now — but to say its future for powering corporate America looks bright is both trite, and right. 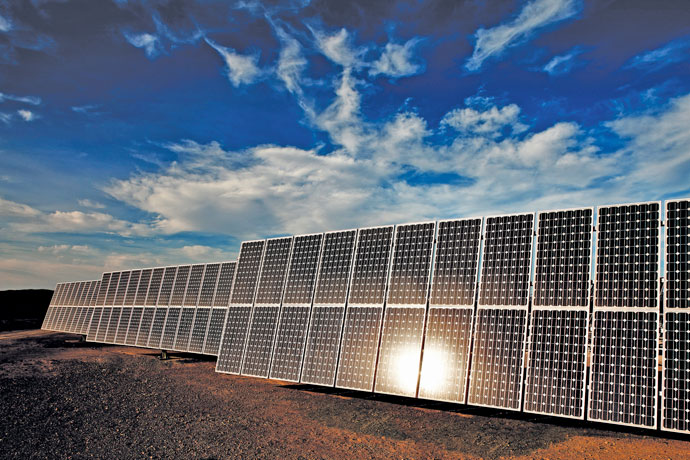 ABB in May won an order worth around $25 million to supply electrical and control systems for a new 75-MW PV solar power plant in the Northern Cape province of South Africa. Once completed in 2014, it is expected to be one of the world's largest PV power plants with a single-axis tracking system.
Photo courtesy of ABB

The Solar Energy Industries Association and the Vote Solar Initiative in Sept. 2012 named the top companies using solar on their facilities in the U.S., ranked by cumulative solar energy capacity. Combined, the Top 20 corporate solar users' installations generate an estimated $47.3 million worth of electricity each year. The Top 20 (in terms of on-site solar capacity deployed) are: