Pro-business governors rebuild a region as they
shake off the rust of failed policies.

f America is to fully recover from the Great Recession of 2008-2009, there's an excellent chance that leading the recovery will be a handful of states in the Upper Midwest and South Central regions of the country.

Seldom in history has a bolder public policy experiment delivered such a dramatic reversal of fortune so quickly.

From Michigan and Indiana to Iowa and Wisconsin, pro-business governors are drastically overhauling state governments and putting unemployed factory workers back on private payrolls. 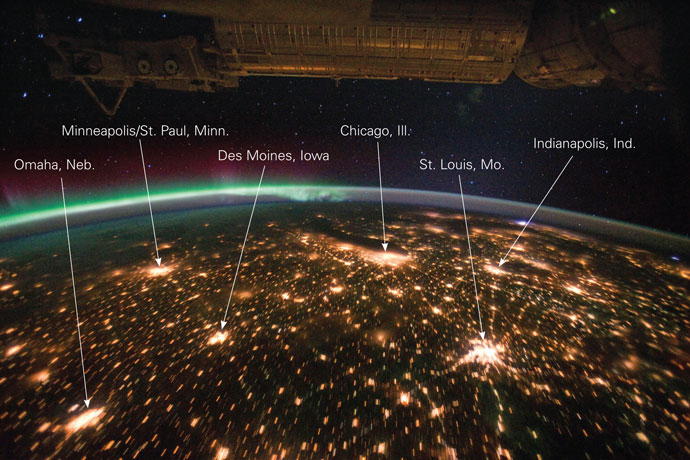 The Midwestern United States at night with Aurora Borealis is featured in this image photographed by an Expedition 29 crew member on the International Space Station.
Photo courtesy of NASA

The change has been so comprehensive that noted Wall Street investment analyst Meredith Whitney even made the turnaround the subject of her latest book, "Fate of the States: The New Geography of American Prosperity." 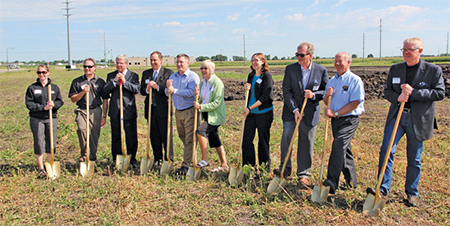 There's nothing complicated about their formula for success, she notes. When you reduce the overall tax burden on businesses and remove the regulatory roadblocks standing in their way, you embolden companies to invest more capital, expand their operational footprint and hire more workers.

That's exactly what's transpired in the Upper Midwest. Led by Governors Rick Snyder in Michigan, Scott Walker in Wisconsin, Terry Branstad in Iowa, Mitch Daniels and Mike Pence in Indiana, the Upper Midwest is booming with growth in manufacturing exports.

According to data released in July by the International Trade Administration of the U.S. Department of Commerce, the Upper Midwest has three of the top 10 exporting markets, ranked by 2012 export value, in the U.S. Detroit ranks third, Chicago ranks seventh, and Minneapolis-St. Paul ranks 10th. Three more metro areas in the region crack the top 25: Cincinnati-Middletown, Ohio-Ky.-Ind. is 16th; Peoria, Ill. is 18th; and St. Louis, Mo.-Ill. is 22nd. 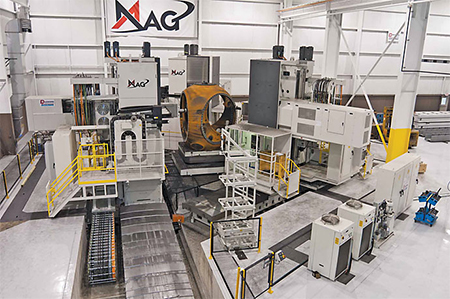 This is not the only data showing a strong growth curve in the Midwest. Real gross domestic product increased at a faster rate in 2012 in both the Great Lakes region (2.2 percent) and the Plains region (2.7 percent) than it did in the Southeast (2.1 percent).

According to the National Association of Manufacturers, seven of the 11 fastest-growing states for manufacturing job creation from December 2009 to March 2013 were in the Midwest, including Michigan (first), Indiana (third), Ohio (fourth), Wisconsin (fifth), Illinois (seventh), Iowa (10th), and Minnesota (11th).

And in the latest On Numbers Index, which measures overall economic vitality of metro areas, four MSAs in the Upper Midwest rank among the top 16 in the country: Des Moines (sixth); Minneapolis-St. Paul (13th); Grand Rapids, Mich. (14th); and Indianapolis (16th). Other places in the region ranking high include Madison, Wis. (34th) and Detroit (44th).

What does this mean? It means that the demise of the so-called "Rust Belt" has been greatly exaggerated, and manufacturing is quickly gaining steam throughout the region. Big projects bolster this trend, from Motorola Mobility's $300-million investment in Chicago to Ohio Valley Resources' $952-million nitrogen fertilizer plant in Rockport, Ind.

Driven largely by cheap natural gas that is now available domestically, as well as increasing demand abroad for U.S.-made goods, the region that made its name making things is once again ground zero for the "Made in the USA" label. 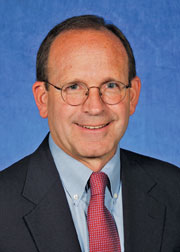 The best way to truly measure the business climate of the Upper Midwest, however, is to actually talk to the business leaders who are responsible for managing companies in that region.

Paul Hillegonds, senior vice president of corporate affairs for DTE Energy Company - a $12-billion company based in Detroit - tells Site Selection that the Michigan economy "is definitely moving in a positive direction. Unemployment is declining and investment is increasing. Employers' confidence in the state's future is rising."

Hillegonds paints a picture of a complete, 180-degree turnaround. "Analysts and investors five years ago wanted to discuss Michigan's future and its economic problems more than the health of our company," he says. "Now, they want to talk about DTE because there is a level of confidence in our state."

Hillegonds credits Gov. Snyder with changing people's minds about Michigan. "Clearly, we have a governor who understands business, is very supportive of our advanced manufacturing economy, and who has placed an emphasis on growing Michigan businesses and entrepreneurial ventures," he notes. "The dire straits that we were in really caused voters and opinion leaders in Michigan to understand that we had to change the way we were trying to grow the economy, and that was reflected in the election of Gov. Snyder. It is a stark difference from the policy-making that we had before."

DTE is putting its money where its mouth is, says Hillegonds. "DTE and Consumers Energy announced (in June) that we will increase our purchasing from Michigan companies by $1 billion over a 5-year period," he says. "We have increased our spending by over 45 percent with Michigan-based companies. That has had a measurable impact on economic vitality in the state. It was a very simple concept."

Jeff Metts, president of Dowding Industries and Astraeus Wind Energy in Eaton Rapids, Mich., says his firm recently added 40,000 sq. ft. to accommodate large machines and, as a result, is adding to its work force in both Michigan and Iowa. 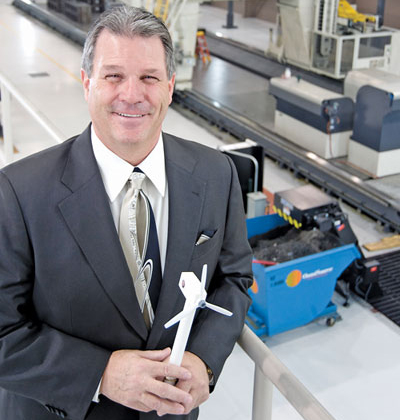 " It is a pretty simple formula for supporting business. Smaller government, getting rid of stupid business taxes, getting rid of the personal property tax, becoming a right-to-work state - all of these things are helping. "
— Jeff Metts, president of Dowding Industries in Eaton Rapids, Mich.

"It is a pretty simple formula for supporting business," Metts says. "Smaller government, getting rid of stupid business taxes, getting rid of the personal property tax, becoming a right-to-work state - all of these things are helping," he says. "Most of my customers want me to set up supply chains in other parts of the country, but the workers just aren't out there. The workers and the engineers in the automotive sector are all here."

Metts is not alone. Throughout the Upper Midwest, company executives are betting big on the highly skilled and experienced work force found in the region.

Jonathan Zierdt, president and CEO of Greater Mankato Growth in Mankato, Minn., says his area has seen more than 200 projects invest some $250 million into his region over the last three years.

"Manufacturing is an expanding sector for us," he says. "We did a groundbreaking in early July on a plastics plant expansion here, and 18 percent of our production in our region is from manufacturing."

The pre-season training camp home of the Minnesota Vikings, Greater Mankato is a 100,000-resident area that is known for producing the most attractive limestone rock in the world. "The Native American Museum in Washington, D.C., is completely made out of this stone," says Zierdt. "We have built a robust and intimate supply chain for manufacturing. We have a stable and diverse community, and it is a very positive environment."

On August 12, Forbes magazine ranked the Mankato-North Mankato MSA the 10th Best Small Place for Business and Careers in the country, up from 11th place last year and 25th in 2011. Other Minnesota MSAs on the list were Rochester at 35th and St. Cloud at 55th.

Statewide, Minnesota is experiencing a banner year in project activity. Emerson Electric is expanding its Rosemount manufacturing center with the addition of a 500,000-sq.-ft. building in Shakopee. The $70-million capital investment adds 500 highly skilled jobs.

AGCO, meanwhile, has begun further expansion of its Jackson manufacturing center. Over the next three years, AGCO will invest about $42 million in infrastructure to help the firm meet increasing demand for the tractors and other farm equipment built there. The expansion adds 75 jobs and 30,000 sq. ft. to the existing plant.

Other significant expansions in Minnesota include Enbridge, which is adding 110 jobs and 25,000 sq. ft. in Duluth; Pinnacle Airlines, relocating its headquarters from Memphis to the Minneapolis-St. Paul International Airport and bringing 200 jobs; New Flyer, a bus manufacturer that's growing its St. Cloud facility by 136 jobs and 12,000 sq. ft.; and Valley Cartage, which opened its new 26.000-sq.-ft. headquarters and logistics center in Lake Elmo in a relocation from Hudson, Wis.