Can the UK Buck the EU Trend?
The United Kingdom and one of its key metros demonstrate economic resiliency. 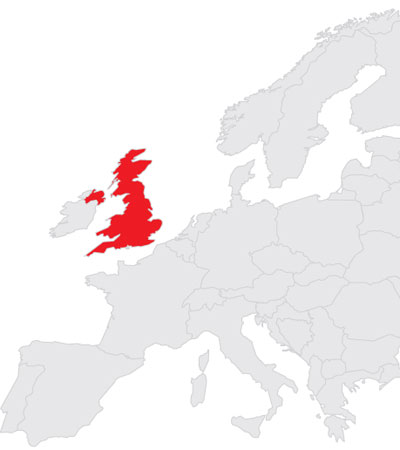 he United Kingdom is enjoying a significant uptick in its core economic indicators that give it a first glimmer of hope for an economic turn-around. Prospects for 2014 are looking good despite the cloud of further European bank failures and rising unemployment rates on the Continent. Considering the state of the European economy, the UK is in good shape, and there is reason to be bullish about 2014.

Europe’s recovery appears, finally, to be gaining momentum, having posted growth of 0.3 percent in the second quarter of 2013 after 18 months of retraction. The UK, however, more than doubled the EU’s combined growth, posting an increase of 0.7 percent in the second quarter. To a continent and a nation thirsting for positive economic news this was cause for celebration.

In June, several core economic reports fueled hopes that this would be a sustained recovery. The UK’s Office for National Statistics issued reports that showed growth in 13 components of their manufacturing index, something that hasn’t happened since 1992.

Growth in the UK’s services sector reached a six-year high and construction hit a three-year high. Exports are strong as are car sales, and retail sales are inching back up — all good signs that increase optimism for the economy. 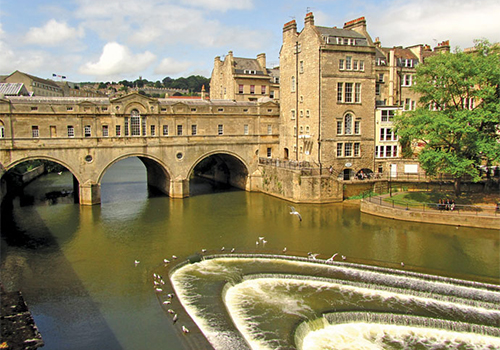 Bath, EnglandPhoto by Soo Jones-KelleyGermany with 410 projects, about half of the number of investment projects secured by the UK. The UK managed the global economic crisis well and is now reaping the rewards with signs of a recovery that is coming earlier than its European counterparts.

The UK’s steps toward recovery were shored up by a bigger emphasis on the promotion of trade during the recession and wide-sweeping austerity measures that brought government spending down significantly. Another contributing factor hinged on the UK’s strong regional markets which compete on a global scale for foreign direct investment and have compelling propositions for the companies that were looking to expand during the recession. When the UK abolished its Regional Development Authority structure and national investment attraction activity diminished, its Local Enterprise Partnerships (LEPs) were able to continue to market themselves and keep business development activities across global markets going. The LEPs, which forged strong public-private partnerships to promote their cities and regions in England, kept the UK at the front 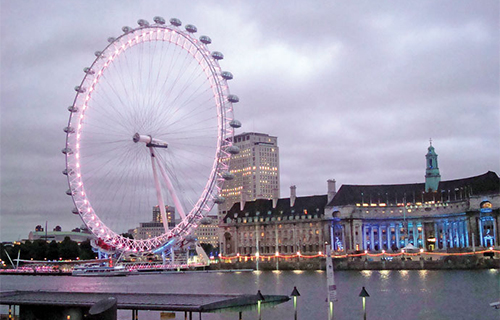 The London Eye on the South Bank of the River Thames in London, EnglandPhoto by Soo Jones-Kelley lines of investment attraction. Along with the UK’s national economic development agency, UK Trade & Investment, the UK was able to maintain a good deal of investment attraction activity when their European counterparts were pulling back. The LEPs, UK Trade & Investment, along with the activities of the UK’s Devolved Administrations of Northern Ireland, Wales and Scotland, kept the momentum going, which has paid off as the UK now enjoys its position as the number one location for foreign direct investment in Europe. In all, 39 LEPs have been formed in England to support economic growth.

The UK’s economic story is one that keeps evolving as the country passes business-friendly legislation, capturing the attention of foreign investors. It’s a case study on resilience and reinvention.

Perhaps one of the best local stories on UK reinvention is that of Birmingham.

One of the UK’s strongest regional markets, Birmingham is the UK’s second largest city and one of the nation’s key economic engines. Known as the birthplace of the industrial revolution and as the manufacturing hub of Britain, Birmingham has transitioned from a heavy industrial center to dominant market for the advanced manufacturing industry, while simultaneously developing key industry sectors such as digital media and IT.

According to the latest Ernst & Young Attractiveness Survey, Birmingham increased its share of foreign direct investment by almost one-third from 2011 to 2012. With a public and private sector that work together to meet the needs of business, Birmingham is one of the UK’s top destinations for FDI.

According to the latest Ernst & Young Attractiveness Survey, Birmingham increased its share of foreign direct investment by almost one third from 2011 to 2012.

“Birmingham’s business and public sector leaders have come together to make our region work well for investors,” says Wouter Schuitemaker, Investment Director of Business Birmingham, the city’s economic development agency. “The cooperation we have locally and the key infrastructure improvements we have made come together to make our offering competitive not only in the UK, but across Europe.”

Later this year, Birmingham International Airport will complete its runway extension, opening up even more passenger and cargo routes into the UK’s Midlands region. The city has developed six Economic Zones to help facilitate investment in six of its core industry sectors. The six zones include the Longbridge ITEC Park, the City Centre Enterprise Zone, a Life Sciences Campus at the Queen Elizabeth Hospital at the University of Birmingham, the Tyseley Environmental Enterprise District, an Advanced Manufacturing Hub and a Food Hub to support the region’s strong food processing sector. With high-speed rail links connecting Birmingham to London expected to be in place by 2026, the city will have even more connections to all of the major metropolitan areas of the UK.

Birmingham has one of the youngest populations in England and boasts one of Britain’s top education clusters, with five universities calling the city home. One of these universities, the University of Birmingham, has set the bar as being a value-added asset to companies operating in the area. The University of Birmingham has developed several high-profile research collaborations with the private sector, including a high-temperature research center in collaboration with Rolls-Royce. Birmingham’s universities are contributing to the success of their investment and retention efforts by providing the well-educated and trained work force that business looks for and by collaborating on continuing education and re-education curriculum that closes the skills gap. Companies doing business in the region have a local talent pool to draw from. As many communities around the world struggle with talent drought issues, the city has addressed many of the career readiness issues and works closely with the private sector to ensure their work force needs are met.

The UK’s economic turn-around story can be attributed to a number of factors, but its foreign direct investment success story relies heavily on the efforts of national, regional, and devolved administrations’ investment promotion agencies. Regional, and sometimes grassroots efforts, have ensured that the UK remains at the top of its game for the attraction of foreign direct investment. Inward investment is supported by a pro-business environment that continues to improve and evolve to accommodate the needs of global companies working to keep pace with fast-changing markets. These factors have contributed to the UK’s recovery and will carry their economy forward into the next decade.