The Future Is Flexible

Customer contact centers are gravitating to locations that can supply workers with a broader range of communication skills, especially social media.

by PATTY RASMUSSEN
A

s long as some genius gives Great-Aunt Millie an iPad for Christmas, the world will have customer contact centers. But those centers aren’t just answering phone calls from befuddled tech customers. There’s scarcely an industry that doesn’t employ customer contact centers, either in-house or outsourced, and phone calls are just one of many channels available. Like everything else in life, technology is changing business process outsourcing (BPO) in ways that impact everything from size and location of contact centers to channels of contact between agent and customer.

The industry continues to grow worldwide, though these days near-shoring is often the go-to option, especially for companies that are just starting up, according to Joel Alden, partner in global management consultant A.T. Kearney’s retail practice. 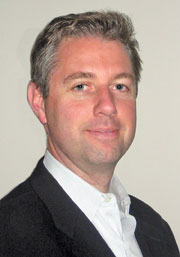 “If you’re a company that’s been handling customer contact entirely in-house, those [off-shoring] moves are pretty daunting,” he says. “A lot of times they’ll start with small moves, outsourcing domestically. The next step is near-shoring, and that’s where places like Ireland and countries in Central America, which are gaining traction, come into play.”

Customer contact centers continue to flourish in the US. According to Conway Data’s New Plant Database, the top five states in either attracting new contact centers or expanding existing centers in 2013 were Tennessee, Kentucky, Oklahoma, Arizona, and Virginia, though many more states are getting into the act.

In the past 12 months, Tennessee has attracted two new customer contact centers and seen seven existing facilities expand to the tune of well over $33 million in investment while creating over 2,400 jobs.

That’s certainly gratifying news for the state but it’s not surprising, according to Commissioner Bill Hagerty, head of Tennessee’s department of Economic and Community Development. “We just leveraged our advantages and it’s worked for a couple of reasons, one very simple,” he says. “We have a good business climate and companies are comfortable coming here.”

Hagerty cites obvious lures such as Tennessee’s right-to-work status and its lower cost of living due to the lack of a state income tax. He points out that Tennessee has the strongest balance sheet in the US with the lowest debt per capita. But there’s an intangible that also plays in the state’s favor.

“There’s something about the people,” he says. “Tennesseans tend to be polite and friendly and they make good contact center employees.” 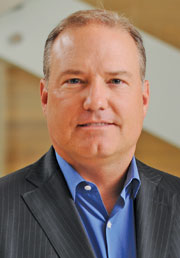 “You’re going to see our domestic contact center market grow for the next several years. Part of that is the ricochet effect back from off-shoring.”

Jim Phillips, vice president of recruitment for Teleperformance, a global outsourcing solutions company headquartered in Utah, says personnel was a critical component to the company’s decision to locate a new $3.8-million customer contact center in Cascade Township, Michigan. “The people are the key,” he says. “The folks in that community are genuinely caring and thrive on doing a good job. We recruited all our management and leadership locally. They’ve been amazing, gelling quickly.”

Phillips was on hand to help open the site and assist in recruitment and training. They took their first phone call on June 15, 2013, and have already grown their work force to 500 employees. “We took a little extra time in hiring the right people the first time,” he says. “It’s critical that you have that cohesiveness right out of the gate.”

That facet of the business, the people, has always been important in such an outward-facing industry, but never as much as it is today — and will be in the future, says Alden. Agents become especially vital when tapping into new channels of customer engagement like social media.

“Think of contact centers and what the operators are trying to do, whether the company or an outsourced provider,” says Alden. “Number one, they’re trying to manage a multi-channel customer experience, and then they’re trying to balance that with cost efficiency and integrating technology in many ways. Social media plays across all three of those things.”

Platforms like Twitter, Facebook and Pinterest, which weren’t even part of the contact center model a few years ago, are now part of the agent/customer interaction — or will be. “From a customer experience standpoint, it’s not only available but it’s expected in many cases,” Alden says. “What I’ve been seeing is that some of the leading contact center operators are getting much, much more engaged in social media, proactively. Although it’s still very low penetration, they’re monitoring the social media sites more.”

More interaction and engagement — whether done through a chat, a text, conversation on Facebook or on the phone — requires higher communication skills on the part of agents. “Tailored skills training are becoming more and more important,” Alden says.

Another continuing trend in the contact center space is home-shoring, or employing home-based agents. It’s hardly a new idea.

In 1996, Kim Houlne founded Plano, Texas-based Working Solutions, the first company to utilize an entire work force of home-based customer sales and service agents. Her husband Tim was involved in the cellular communications industry but eventually joined the company as CEO. Their company is considered a leader in the virtual contact center space. Working Solutions has a network of more than 110,000 work-at-home agents, one of the largest virtual work forces in the US. Tim Houlne is a recognized leader in the field and co-authored, with Terri Maxwell, the book “The New World of Work: From Cube to the Cloud.”

Though the model is very successful, Houlne acknowledges it isn’t for everyone, and brick-and-mortar contact centers aren’t yet going the way of the dinosaur.