Meet the innovators of Snake River Canyon and Idaho Falls. 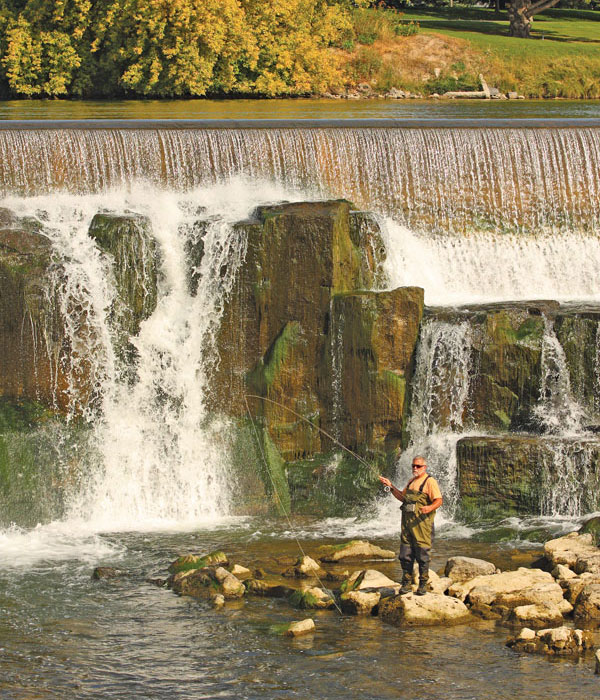 Curtiss Wright Corp. is moving into a new facility at Snake River Landing in Idaho Falls. The Snake River is one of the most popular recreational destinations in the Mountain West.
Photo courtesy of Idaho Falls CVB

he same Snake River Canyon made famous by motorcycle daredevil Evel Knievel is making a new name for itself courtesy of some innovative thinking.

While Knievel used a rocket-powered motorcycle four decades ago to propel himself across the river, entrepreneurs of a different bent today are using intellectual capital to push business ventures to new heights in nearby Idaho Falls.

Curtiss Wright Corporation and Advanced Ceramic Fibers are the latest to take advantage of Idaho’s high-tech work force and lead the innovation charge.

Curtiss Wright broke ground in August on a 112,000-sq.-ft. (10,405-sq.-m.) expansion project in Idaho Falls. Moving into Snake River Landing, the high-tech manufacturer of power plant controls and instrumentation devices plans to retain 283 jobs and hire 148 new workers after it relocates in the spring of 2014.

Scott Robuck, vice president of the nuclear group of Curtiss Wright, tells Site Selection that the relocation allows CW to consolidate four facilities around Idaho Falls and place all of the company’s employees under one roof.

“The impetus of this project is to allow for our growth,” says Robuck, former general manager of Scientech, an entity that is now a division of CW. “We were formed in 1983 as a spinoff of Idaho National Laboratory. We have grown steadily and consistently over the years, not only in Idaho Falls. Our headquarters is in Idaho Falls, and about two-thirds of our employees are based here.”

CW operates in the commercial power industry. Its customers own commercial nuclear plants and other power plants around the world.

“We have been growing tremendously,” says Robuck. “We have expanded as much as we possibly can in our existing facilities. There is no more room to grow in these buildings.”

Robuck notes that when the Scientech division of CW decided to look for a new site, “we were encouraged by our corporate owners to look beyond the state of Idaho. We decided to stay for economic reasons.”

Robuck says the decision to relocate within Idaho Falls was driven by the need “to maintain our current employee base. We actually looked at other locations, including several other states plus some other sites in Idaho, but no other site made as much sense for our company as Idaho Falls.” 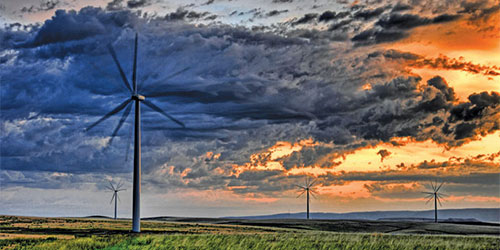 Wind energy has become a staple of the Idaho energy portfolio in recent years, with more projects in the works.
Photo by James Neeley courtesy of Grow Idaho Falls

Mark Tornillo, president and CEO of Martek Global Services, was hired to provide project management and development of the new site in Snake River Landing, where CW is entering into a long-term lease agreement for a build-to-suit facility.

“I have found that Idaho Falls is a little gem,” says Tornillo. “It has made life for a real estate developer so much easier. The labor force and contractors and subcontractors are all so refreshing here. The highway system, climate, airport, recreation and the city government are all real assets for this project. Doing business is really easy in this town.”

Robuck concurs, noting that “we have a very favorable cost base here and a very reliable power source. Plus, we have a very good fiber-optic system in the city. We are located next to major highways and an airport, so we have all the transportation access that we need.”

Martek and Ball Ventures are partners in the project, which qualifies for financial support through the City of Idaho Falls Redevelopment Agency. Part of Snake River Landing is located within a tax increment financing district as well.

Innovation is also driving growth at nearby Advanced Ceramic Fibers LLC, a company that makes high-performance fibers that are lightweight, extremely strong and more tolerant to heat, fatigue, stress and corrosion.

Linda Martin, CEO of Grow Idaho Falls, says ACF was launched out of a business plan competition in the community. “They were one of our winners and they just started making fiber here in the past month,” she says.

Ken Koller, president and marketing director of ACF, tells Site Selection that his company is poised to grow quickly in Idaho Falls for several reasons. “We have the national laboratory presence and the Idaho Innovation Center facilities here,” he says. “We have a well-educated, professional and available work force to draw upon, and the Idaho Department of Commerce is very supportive of startups.”