From the Gulf Coast to the Space Coast, Florida Power
& Light is making it easier for high-growth firms to expand. 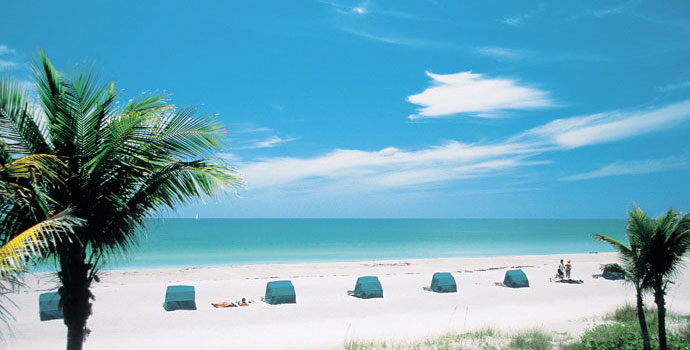 ocket science and rental cars may not appear to have a lot in common.

At least they don’t until you realize that Florida Power & Light is doing a lot to make sure that both industries grow at a healthy clip in the Sunshine State.

From the relocation of the Hertz Corporation’s global headquarters to Fort Myers, to the ongoing expansion projects of Embraer and Northrop Grumman on the Space Coast, FPL has become a key player in facilitating some of the largest economic development deals of the past year on either Florida coast.

In the case of Hertz, the Fortune 300 company selected Southwest Florida over many suitors in a move that consolidates two headquarters operations in Tulsa, Okla., and Park Ridge, N.J.

FPL played a pivotal role in the deal announced last May by assisting site selection firm McCallum Sweeney Consulting of Greenville, S.C., with detailed location data and making available to Hertz a special economic development discount rate on what is expected to be a rather large electric bill.

Typical FPL business customer bills are lower than the state, regional and national averages. The average 500KW, 180,000kWh user in the U.S. pays an electric bill of $17,644 a month — or 17 percent more than the typical FPL customer who at that same consumption rate would pay just $14,604 per month. For the typical 50,000KW, 32.5-million-kWh user, the FPL rate is 37 percent below the national average.

Hertz is using Turner Construction to build the Mediterranean-style facility in Estero at the intersection of U.S. Highway 41 and Williams Road, with completion slated by June 30, 2015.

“Florida is a global tourism epicenter, with more than 89 million visitors last year alone and almost 1 million Floridians employed in the industry,” said Mark Frissora, chairman and CEO of Hertz. “As the world’s largest car rental company, we believe Southwest Florida is the perfect location for our worldwide headquarters.”

Florida’s rapidly improving business climate was a huge factor in luring Hertz, says Gray Swoope, president and CEO of Enterprise Florida. “Gov. Rick Scott has done away with 2,800 unnecessary business regulations, and he continues to work on cutting taxes,” says Swoope. “Some 70 percent of corporations in Florida no longer pay any income tax in Florida. We just eliminated the sales tax on manufacturing equipment, which is significant for Florida. That takes effect April 1. And we doubled the Quick Response Training Fund.”

Swoope notes that due to Scott’s efforts, Florida led the nation in job growth in November while lowering the statewide unemployment rate to 6.7 percent — down from 11.1 percent in December 2010.

Florida has experienced positive annual job growth for 39 consecutive months and has created 440,900 new private-sector jobs since December 2010. According to the Florida Economic Estimating Conference, the state is expected to create more than 1 million new jobs by 2018.

“Florida has been able to manage its budget. We will have a budget surplus this year,” says Swoope. “The governor is already talking about another reduction of up to $500 million in taxes. We still maintain a triple-A bond rating, and that is due to the fiscal health of the state and the fact that we are creating jobs.”

Swoope credits FPL with helping Florida land Hertz. He says the late Ed McCallum of McCallum Sweeney Consulting called him early on in the site selection process. “FPL’s Powering Florida website was used to get the project response together,” he says. “The Hertz project puts us on the map. It is a marquee announcement.”

So are Embraer and Northrop Grumman, the twin grand-daddies of the Space Coast. “Brevard County’s aerospace wins combined will bring 1,400 high-wage jobs to the Space Coast,” says Swoope. “Northrop Grumman is doing five centers of excellence in the U.S., and two of them are in Florida — St. Augustine and Brevard. This was a very competitive project. To win two of the five is a major statement for Florida.”

The jet maker will build the mid-sized Legacy 500 and Legacy 450 executive jets in Melbourne. Also, Embraer’s Engineering and Technology Center is scheduled to open in the second half of 2014 at the airport and employ 200 engineers when fully staffed.

FPL helped facilitate both the Embraer expansion and the Northrop Grumman deal. NG’s 1,000-job expansion in Brevard is part of consolidation within NG’s Aerospace Systems sector. Cities in California, New York and Alabama were among the locations competing for the new center.

The new jobs at NG pay an average annual salary of $75,000. In addition, the company plans to invest $46 million into real estate and construction and $15 million into tangible property such as equipment at the Manned Aircraft Design Center of Excellence.

Jacqueline Farrell, spokesperson for NG, says the firm selected Melbourne for the 200,000-plus-sq.-ft. Center of Excellence for several reasons. “Northrop Grumman has had a presence in Brevard for many years, and we are a reasonable distance to our other Center of Excellence in Florida — St. Augustine,” she says. “We conducted a very thorough review of how we can remain competitive and become more efficient in the demanding economic climate, while delivering affordable solutions to our customers.”

Farrell adds that “the strong partnerships we have with Florida and our regional partners made it possible for Northrop Grumman to grow our presence in the central coast.”

The quality of the Space Coast work force sealed the deal, says Farrell. “Florida has a world-class work force, great universities and great communities,” she notes. “State and local public policies that are business friendly and encourage growth help the aerospace industry remain competitive in Florida.”

“Gov. Scott and Gray Swoope have been pretty successful at what they set out to do — which was put Floridians back to work,” says Pitts. “Unemployment is down. People are moving to Florida again. We are once again a top ten state in business climate, and we are back to business as normal. Couple this trend with our streamlining of regulations and FPL’s very competitive electric utility rates, and we are ready for the next mega-project.”

Whether that project is a large data center or even an automotive assembly plant, Pitts says that FPL stands ready to make the deal happen.

“If Kia can go to West Point, Ga., and Hyundai can go to Montgomery, Ala., then Florida is ready to compete for these large projects as well,” he says. “At all levels, for the first time that we can remember, everybody in Florida is working to accomplish the same economic goals.”

This Investment Profile was prepared under the auspices of Florida Power & Light Company. For more information, contact Crystal Stiles, economic development project manager for FPL, at 561-694-4112, or by email at Crystal.Stiles@FPL.com. On the Web, go to www.PoweringFlorida.com.