Smaller countries punch above their weight in attracting FDI. 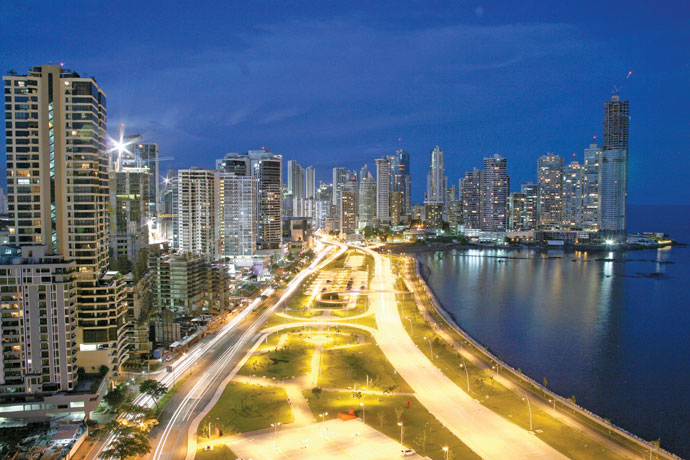 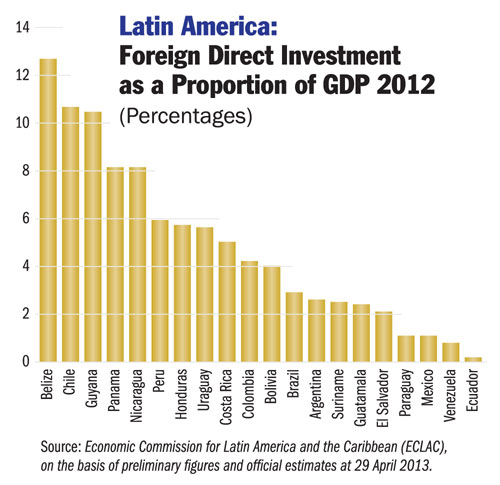 one are the days when corporate investors divided Latin America into three categories: Brazil, Mexico and “everywhere else.” It turns out that from “everywhere else” a dynamic consortium of individual economies are emerging, threatening the dominance of the proverbial powerhouses.

While foreign direct investment (FDI) flows decreased in the developed world in 2012, Latin America hit a record high, according to the United Nations Economic Commission for Latin America and the Caribbean. The West did not suffer this decline alone — FDI flows in 2012 rose in only two regions of the world: Africa (5.5 percent) and Latin America (6.7 percent).

Latin America received US$173.361 billion in total FDI, an increase of 6.7 percent over the previous year, and good for 12 percent of global FDI. Total worldwide FDI was down by 13 percent in 2011, from $1.61 trillion to $ 1.39 trillion. Though Brazil was once again the largest recipient, with $65.272 billion, global investors are increasingly looking to markets such as Chile, Costa Rica and Panama. Mexico, traditionally a powerhouse in Latin America, saw its FDI drop by 35 percent, to its lowest level in 13 years. Apparently corporate investors frown on gang-related beheadings.

“We’re here because of the incentives.”

For the region FDI was up 6 percent in the first six months of 2013, with Venezuela (+44 percent), Peru (+27 percent), El Salvador (+27 percent) and Panama (+19 percent) seeing the greatest increases. The UN report notes that much of Latin American FDI continues to flow into mining and natural resources, particularly in countries like Chile and Peru. But manufacturing and shared services are on the rise, accounting for 12 and 37 percent respectively. 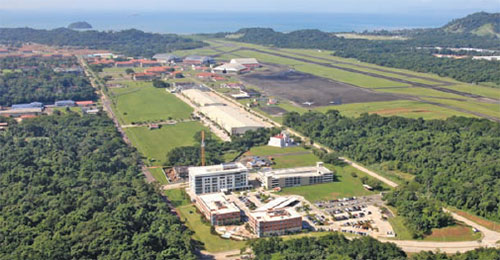 Panama, with the 100th anniversary expansion of the famed canal due in 2014, seems poised to shed the “best kept secret” moniker — even if talking about the country must be done on background. An executive with a Fortune 500 company that recently located in the Panama Pacifico development spoke candidly with Site Selection about their decision to locate in Panama — so candidly that his company later called and requested we not use his or their name in this report.

His firm conducted an extensive site search of locations in the US and Caribbean. The company eventually narrowed its choices to Santiago, Chile, San Jose, Costa Rica and the Panama Pacifico development outside Panama City.

Santiago was cut because the company found the “language skills of the local work force didn’t meet our needs,” and Costa Rica was viewed as having “too much competition for talent.” Said nameless executive also stressed that the Panama Pacifico project itself was a particular lure due to the “unique tax vehicles available.”

Its selection of Panama is perhaps a harbinger of things to come. “We’re here because of the incentives,” he stated simply.

So strong were the benefits of a Panamanian location that the company relocated parts of their operations from Miami, Greensboro and Nashville.

“Panama is way ahead of Guatemala, El Salvador and even Costa Rica. I know I feel more secure in Panama.” He went on to explain that “Some mistake Panama for just another Central American country, but executives when they come here are impressed by the infrastructure and connectivity.” 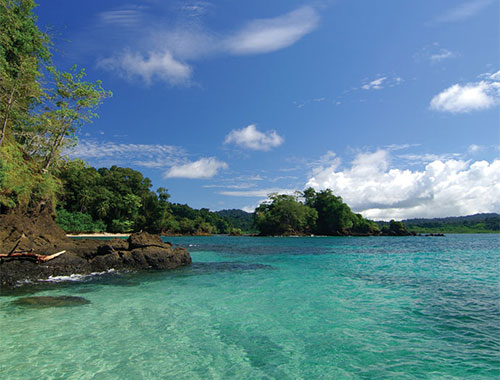 Panama Pacifico purports to be Latin America’s first master-planned community, and the 3,500-acre (1,416-hectare) project on the Pacific Ocean is already home to 160 companies, with several Fortune 500 corporations already having set up shop. The US dollar is the official currency of Panama, making it easy to do business in this Special Economic Area near the Panama Canal.

This small country manages the vital link between the Atlantic and Pacific oceans, handling 5 percent of global commerce in the process. It’s also a staggeringly beautiful country, and global tourists, like global investors, are taking notice. If the pro-business policies enacted by President Ricardo Martinelli continue, Panama indeed seems primed to be Latin America’s next great success story.