Global companies see a lot to like in Tupelo. 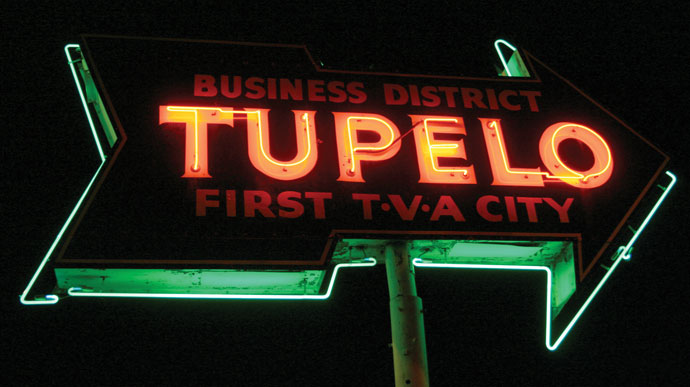 sked to describe the house in Tupelo where Elvis was born, one local woman puts it this way: “You could spit in the front door, and hit the dog goin’ out the back.”

These days the buildings going up and getting used are a little bigger. And there are a lot more people interested in using that front door than escaping out the back.

Drive around Tupelo with David Rumbarger, the president and CEO of the Community Development Foundation representing Tupelo and Lee County, Miss., and you see why this region, known for electrifying the world with Elvis and for becoming the first city electrified by the Tennessee Valley Authority 80 years ago, has proved attractive enough to secure and retain corporate investment. It has people who know what it means to work. And it has infrastructure whose potential is just beginning to glow.

Over the years the area has drawn investments and, most important, reinvestment from such companies as Cooper Tire, foam product maker Carpenter and Hunter Douglas Window Treatments, among others. Automotive supplier Martinrea International arrived in 2001, the first Nissan supplier to locate outside a two-hour radius from the Nissan plant. Toyota came along to pick the nearby Wellspring site in Blue Springs in early 2007.

Today, after some recession-induced bumps in the road, Toyota manufactures the Corolla at the plant, employing 2,000 people and employing the services of five near-site suppliers who employ another 1,300 people.

“Steel sharpens steel. Our companies have always been extremely gracious about welcoming other companies.
Growth is good for everyone.”

But successful manufacturing with international ties was here before Toyota came along, and continues to hum along here and there even as the region’s longstanding furniture business has dwindled from 45 percent of its employment base to 34 percent.

A stop by the Tecumseh Products Co. plant in Verona, situated since 1976 along a 35-mile stretch of highway where CDF has developed three industrial parks, yields an unexpected visit with James J. Connor, the company’s president and CEO, who’s just finished walking the compressor and refrigerator condenser plant’s floor with the plant’s general manager Joe Kulovitz. Area leaders were worried about the plant’s future not too long ago. But listening to Connor ought to reassure them.

“The people here are a notch above anybody making compressors in the world,” he says. That’s why the plant set off to be the best compressor plant on the globe two years ago. The company’s in the process of refurbishing machinery and equipment (most of it in Michigan) and plans to have it in place in Tupelo by early 2014. “We’ll start early production of the full compressor toward the end of next year,” says Connor, and start hiring along the way as the company earns UL approvals of each compressor product.

The AE2 line of commercial refrigeration compressor currently is manufactured in Brazil and France. The company also has plans to expand its condensing unit production at the Verona facility. The Mississippi Development Authority provided expansion support for building modifications, infrastructure improvements, and relocation assistance for equipment. The Tennessee Valley Authority also provided assistance.

Connor notes the company had plenty of choices, including low-cost countries, for its investment, as the US only accounts for 20 percent of Tecumseh’s total production. His team’s reasons for choosing Tupelo echo what many US corporate leaders are saying as they reshore manufacturing stateside.

“I can’t stress enough the people and the work they’ve done here,” he says. “We pay people $100 a week in India. We have plants in China, Malaysia, Mexico. There were a lot of choices, and a lot of places to look. On a piece of paper, it’s not the cheapest, but by the time we pull this together, it will be the most cost-effective plant.”

Why? Start with lead time. The Tupelo choice will take about two months out of the schedule, says Connor. The product will be for the North American market, and improve on a global arrangement that currently takes about $5 million of inventory out of the system when product is on the water coming from Brazil, China or India. 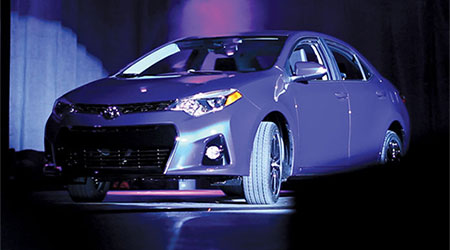 Toyota unveiled its 2014 Corolla at a big event in Tupelo in September 2013, followed by the news it would begin exporting the Corolla in 2014 to 18 Latin American and South American countries.
Photo courtesy of Toyota

“It’s a lot of cash that will come back to us that easy,” says Connor. “Less inventory on the water, and less to manage. That’s a real benefit.”

Tecumseh employed about 350 people in fall 2013, but it’s a seasonal operation that will pick up another 120 to 150 employees at full volume as summer approaches. In fact, says Rumbarger, there’s about a 10- to 15-percent skilled work force that essentially migrates from plant to plant in the area.

“It was something I had to get used to when I came here,” he says. The companies like it because it eases the pain of layoffs. And a good number of employees like it too, says Rumbarger, “because a lot of them are hunters and fishermen.”

Some of them also work at Modern Tool & Die (MTD), a privately held company out of Cleveland, Ohio, that makes and exports lawnmowers and other landscaping equipment under such brand names as Troy-Bilt, Yard-Man and Cub Cadet.

The Tupelo plant produces 82,000 units a week, has been there since 1962, and has seen a number of expansions, the most recent in November 2009. The manufacturing space comprises seven assembly lines and four powder paint systems, 28 stamping presses, 17 injection molding machines and 46 new robotic processes, 40 of which are in the new building next door, a former pottery-making operation which the CDF in 2009 helped MTD acquire in rapid fashion.

“We could have made that expansion anywhere in the world, but it was critical to get into production as quickly as possible,” Smith explains. The initial investment of $5.8 million received a grant, because it was a county-owned building, to upgrade the fire suppression system and the roof, as long as the company created 107 new jobs.

The cumulative expansion investment today, says Smith, is about $15 million, with close to 210 people working in the new building. The company started making its own handlebars instead of buying them, and started to make half of the wheels it needed, which used to be purchased in China. Mower production began in October 2011.

A new grassbag frame assembly unit started up in August 2012. That too, says Smith, was a product that used to be made in China.

“We wanted to bring it back, and that led to a process to try to do it,” says Smith.

The need for more space may be arising again soon. If so, the CDF’s steadily unfolding sequence of industrial parks, rehabbed buildings and even one new spec building attracting very strong interest will be waiting. The new 75,000-sq.-ft. (6,996-sq.-m.) spec building came about because of Toyota too, in an indirect way.

“In the first 36 months after the Toyota announcement,” Rumbarger says, “we lost over 20 projects that had asked for 50,000 square feet [4,645 sq. m.] or bigger.” The building is bigger than most people would build on spec, he says, but that’s on purpose.

“My granddaddy told me,” he says, “big fish rise to big bait.”