With tax cuts on the agenda, Gov. Cuomo sets a new course
for economic development in New York. 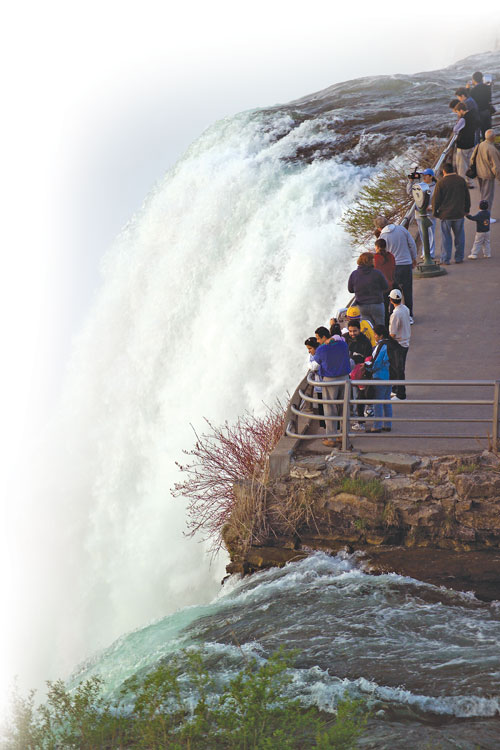 f corporate site selectors are expecting “business as usual” when evaluating potential business facility locations in New York these days, they may find that a few things have changed in The Empire State.

Since taking office three years ago, Gov. Andrew Cuomo has balanced the state budget and built up a $2-billion surplus, transformed the state’s economic development strategy, and proposed massive tax relief for both businesses and residents.

If the past three months are any indication, he’s just getting started.

After launching STARTUP-NY and FuzeHub in the fall of 2013 to help startups and small manufacturers, the governor closed out the year by awarding $716 million in economic development grants and signaling that 2014 could be the year of the tax cut in New York.

Adams notes that “we are just starting to roll the STARTUP-NY program out right now. Startup companies that create new jobs in one of our tax-free zones at New York colleges and universities will have the benefit of a complete 10-year tax abatement. It is something that no other state can offer. If your business qualifies [see Upstate New York Spotlight in November 2013 issue of Site Selection], you receive a complete exemption — you pay no taxes at all, zero — for the next 10 years.”

By focusing on university-based economic development, says Adams, STARTUP-NY “creates a connection between powerful tax exemptions and New York’s history as a global leader in research in many high-tech disciplines. Companies will qualify for tax relief when they create new jobs in the state and when their business activities are linked to academic research and the mission of the school hosting them. It is a powerful formula for New York’s innovation economy.”

Adams adds that “we have over 200 colleges and universities in the state. This is the foundation on which you build an advanced manufacturing economy. It is fueled by this network of higher-education institutions.”

This foundation produced the likes of Corning, GE, Kodak, Xerox, Bausch & Lomb, and many other successful companies over the years, says Adams, adding that FuzeHub will help the state produce more household names in the future.

FuzeHub Aims to Connect the Dots 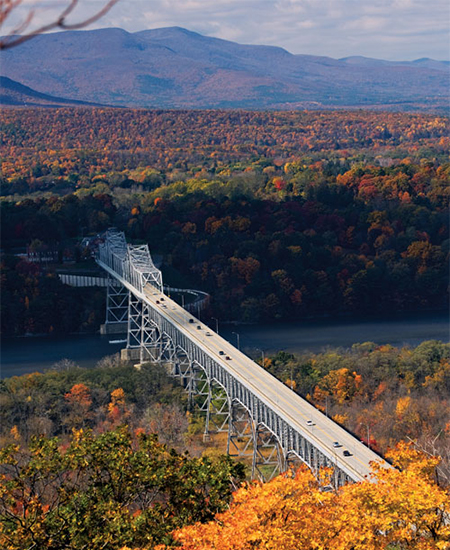 “The FuzeHub initiative builds on the state’s work to create a business environment that allows manufacturers to thrive in New York,” said Cuomo. “FuzeHub brings together all of our leading technology resources under one umbrella allowing companies to quickly and easily access critical expertise and resources. Manufacturers are the economic backbone of many communities in New York, and when they do well, all New Yorkers reap the benefits. This initiative will stimulate innovation, spur job creation and grow companies across the state.”

The FuzeHub web platform was even developed by Rock the Deadline, a New York-based startup company, and the program is already paying dividends.

Through the FuzeHub initiative, the Hudson Valley Technology Development Center and the Center for Economic Growth recently collaborated to provide assistance to ThermoAura, a nanotechnology and clean-tech startup firm in the Capital Region. This help resulted in a $300,000 investment in ThermoAura from a local investor group, site selection assistance in the Capital Region, and a multi-phase manufacturing floor and process design.

“Getting the company to this point has not been easy,” said Dr. Rutvik Metha, founder of ThermoAura. “We thought that the transition from lab to commercial scale would be relatively simple. However, we found out that we needed the expertise that FuzeHub provided.”

Gov. Cuomo, however, is not content to stop with the creation of STARTUP-NY and FuzeHub. If New York is to regain its competitive edge globally as a preferred location for all kinds of technology-driven, advanced manufacturing operations, he argues, then lawmakers must lower the overall cost of doing business in The Empire State.

On Dec. 10, Cuomo accepted the final report of his New York State Tax Relief Commission and signaled that he is ready to push aggressively for substantial tax relief for New York businesses and residents. 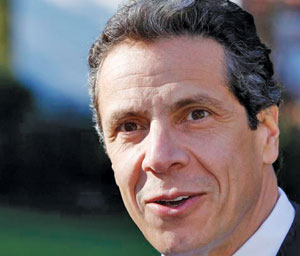 “For far too long, property taxes have been a crushing burden on New York homeowners and businesses, hurting job growth and driving individuals and families from the state,” said Cuomo. “While we have made tremendous progress over the last three years in bringing down taxes for all New Yorkers, this commission has taken the $2-billion surplus that resulted from our responsible budgeting and fiscal reforms to propose even further reductions for New York taxpayers. I look forward to working together with the Legislature to review these recommendations and continue our efforts to reverse the state’s reputation as a tax capital and make New York s friendlier state for families and businesses.”

In addition, the commission endorses a majority of the Tax Reform and Fairness Commission’s proposals to simplify the structure of New York’s tax system by eliminating so-called “nuisance taxes.”

If these reforms are enacted by the New York Legislature, they would represent the most sweeping tax law overhaul in state history.

Business groups in New York are already applauding the recommendations and urging their adoption.

“The recommendations of Gov. Cuomo’s Tax Relief Commission contain several provisions strongly supported by The Business Council of New York State,” said Heather C. Briccetti, president and CEO of The Business Council of New York State Inc. “These include a significant restructuring of the corporate franchise tax, broad-based business tax rate reductions, and expedited business relief from the Section 18-a assessment on energy purchases. The proposal also includes an income tax credit targeting manufacturers, based on the amount of real property taxes paid in New York state — a mechanism that focuses this credit on employers with significant in-state investments.”

Briccetti adds that “this package will provide significant tax relief to employers statewide. In a state with numerous tax challenges, this is a significant, encouraging step forward. When fully implemented, the package will provide about $500 million in permanent, annual business tax relief, as well as an estimated $100 million in business savings from expedited phase-out of energy assessments over the next two years.”

Keeping the Wealth, And Spreading It

“As a member of Gov. Cuomo’s New York State Tax Relief Commission, I was honored to serve with former Gov. George Pataki and former state Comptroller Carl McCall to create a plan that will make a real difference for businesses in our state,” says Briccetti. “The Business Council looks forward to working with Gov. Cuomo and leaders in Albany to implement the commission’s recommendations.”

ESD’s Adams says the importance of these proposed tax reforms cannot be overstated. “This is one of the governor’s main objectives for 2014,” says Adams. “This would improve the broader business climate in the state.”

Combined with the Governor’s commitment to fund STARTUP-NY and support the recommendations of the community-driven Regional Economic Development Councils, tax relief of this magnitude would complete the triumvirate of Cuomo’s broad plan to overhaul economic development and cement New York’s legacy as a global leader in technology-led innovation and advanced manufacturing, says Adams.

On Dec. 11, Cuomo continued that push by announcing $715.9 million in economic development funding through Round Three of the Regional Economic Development Council initiative.

Some 824 projects across the state received awards, including $2.8 million to convert the long-vacant NYNEX building in Syracuse into a mixed-use facility that will include apartments, office space and retail; $6 million for infrastructure improvements to components of broadband to expand high-speed, affordable services across the North Country region; and $5 million to redevelop the former ALCO site in downtown Schenectady into an economically vibrant, mixed-use waterfront community.

“This delivers on the governor’s message that New York is open for business,” says Adams. “We are playing hard and we are playing to win.”