Should It Stay or
Should It Go?

Two US manufacturing organizations offer opposing views on the export of LNG. 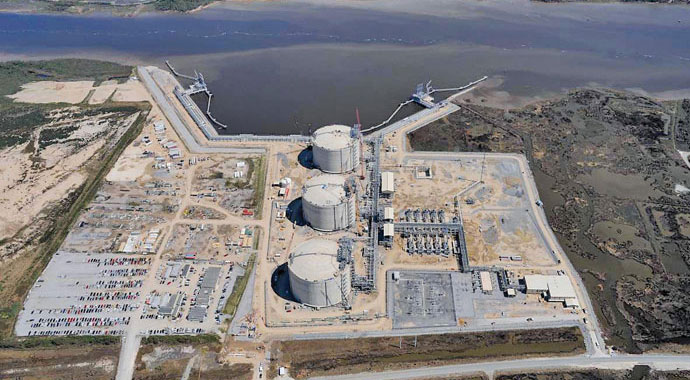 Sempra’s Cameron LNG project in Louisiana is among the LNG liquefaction and export terminals that have received at least partial federal approval.
Photo courtesy of Sempra
by ADAM BRUNS
T

he National Association of Manufacturers on Dec. 3 unveiled a report it commissioned by former World Trade Organization Appellate Body Chairman James Bacchus asserting that permits to export liquefied natural gas and coal are being delayed unnecessarily by the federal government. Those delays not only are harming job creation, he says, but may be in violation of WTO obligations with regard to free trade.

A separate but overlapping group — the Industrial Energy Consumers of America, representing manufacturers with more than 1,500 facilities nationwide and 1.4 million employees worldwide — says those permits (five so far) are coming too fast, and benefiting gas producers and exporters at the expense of domestic manufacturers and consumers who may see natural gas price spikes caused by those exports.

On Dec. 2, the IECA noted that since the first US LNG export terminal was approved in August 2012, prices of natural gas have increased by $1.01, or 35.6 percent. Some of that may be caused by activity among IECA’s and NAM’s very members, who are putting billions of dollars into the ground as part of the US manufacturing renaissance. But much of that incipient demand has yet to kick in via full-blown production. And that’s where the IECA’s concerns lie.

“Right now there’s a temporary overhang — demand is poised to really explode in 2015, 2016 and 2017,” says Paul N. Cicio, the IECA president who worked for 30 years at Dow Chemical. “That is when everything is happening at the same time — there is large industrial demand coming on because of all these new announcements. It’s when all these 40,000 megawatts of coal-fired power will be shut down. It’s when all these new pipelines will be hitting to ship gas to Mexico. And it’s when the terminals start shipping LNG.

“When you have that much demand happening, it serves the public of the US, including the manufacturers, for the DOE to be more cautious about approving more terminals, before we know how much demand is coming, and its impact on price. We should not be gambling on this. Hundreds of billions of dollars of capital investment is in the ground and on the way for the industrial sector. A spike puts that competitiveness at risk, in order to serve exports.”

Cicio notes that the applications to export LNG to countries that have free trade agreements with the US are automatically approved. In addition to Cheniere, terminal applications for exports to FTA countries have been approved for projects in Louisiana from Venture Global and Sempra Energy’s Cameron LNG, whose nearly $10-billion project involves partners such as GDF Suez, Mitsui and Mitsubishi and is expected to begin construction in 2014. Freeport LNG has received the same for its Texas project, which just reached agreements with co-investors for another train’s development. Nearly 20 applications to sell to non-FTA countries from these and other terminals wait in the queue like ships on the horizon. And it’s those non-FTA applications to that really rankle IECA members, says Cicio.

“Countries that do not have FTAs discriminate against manufactured products from the US,” says Cicio. “Why in the world would we want to reward them? We want fair trade, not just free trade. Fair means the markets are really open, not just talk. But right now our products are getting discriminated against. We should not be selling LNG to those countries.”

‘Unreasonable Delays’ or Just Due Diligence?

The report by Bacchus, now chair of Greenberg Traurig’s global practice, was released during a press conference convened by NAM at the Houston headquarters of Cheniere Energy, whose LNG export terminals are among those moving successfully, if deliberately, through the chain of approvals.

“In the last 15 months, we’ve spent $5 billion on infrastructure on our way to $25 billion, we’ve employed 2,000 people and we’re on our way to hiring another 2,000, all because of free markets and free trade,” said Cheniere CEO and Chairman Charif Souki.

Bacchus — a former member of Congress, and a former Special Assistant to the U.S. Trade Representative in the Executive Office of the President — called in to the event from Bali, where he was involved in discussions surrounding ultimately successful WTO negotiations.

The report examines whether DOE delays and whether broadened environmental review scope in the Pacific Northwest by local and state authorities constitute WTO violations. As a member of the WTO, the United States is bound to comply with trade rules contained in WTO agreements. A key provision, the General Agreement on Tariffs and Trade 1994 (GATT 1994), forbids export restrictions, including those made effective through licenses or other measures. Bacchus concludes that the implementation of US rules in ways that unnecessarily impede exports of LNG and coal likely violate WTO trade rules.

“The United States has always been a strong advocate of rules that forbid export restrictions and has been forceful in challenging export restrictions imposed by other countries,” said Bacchus, noting the irony of recent and current cases involving Chinese controls on rare earths. “In short, the tables may be turned on the United States directly in the WTO, but also through other countries walking away from core principles that have long been critical to US success in the global economy.”

“Ecology and the U.S. Army Corps of Engineers are cooperating in preparing the SEPA and NEPA EISs for each of the coal export proposals,” says Larry Altose, a spokesperson for the department. “The Gateway Pacific Terminal proposal has advanced through the EIS scoping phase and is entering into the preparation and development of the draft EIS. The Millennium Bulk Terminals Longview proposal has completed its EIS scoping comment period, with a number of comments under review.

“The SEPA process has not delayed either project,” he says. “In fact, for each respective proposal, the Corps, Ecology, and the respective county are coordinating the environmental review processes on coordinated timelines. For the GPT proposal, the agencies expect the NEPA and SEPA review process to take the same amount of time. SEPA and NEPA review are normal requirements for any project and do not constitute delays. We believe that the GATT does not prohibit or restrict project reviews that are necessary to protect human health or the environment.”

For his part, Oregon Gov. John Kitzhaber virtually addressed NAM’s objections in a Nov. 20 speech at the Climate Solutions annual dinner, noting the decline of coal use in the US due to new EPA regulations, but also the rise of coal demand in Asia.

“In the absence of a clear federal policy, it’s too easy to decide by not deciding, and lock ourselves into a coal-dependent future for our ports and for Asia — and that is not a course I am willing to pursue,” he said, citing repeated calls by himself and Washington Gov. Jay Inslee for a national discussion about coal use and exports, while they both do all they can within the confines of state law to consider both local and global environmental and health issues. “I commend Governor Inslee for assuring that Washington’s review of coal export facilities proposed in his state reflect a full examination of the upstream impacts, like rail congestion and the effects of coal dust from rail cars, and downstream impacts like air pollution caused by burning coal for electricity. Current Oregon law is more limited in terms of what may be considered in reviewing coal export facilities,” he continued, “but I want to assure you that we are carefully reviewing the issues under our authority.”

At the event in Houston, Jim Bacchus addressed that point in particular in noting that even if a local or state government chooses a policy that seems to abrogate WTO obligations, it’s the federal government that will be called in to defend it. And his analysis seems to indicate there will be little recourse when that happens.

“The notion that in this case the local and state authorities might in consideration about coal terminals take a look at impact outside the US raises some problematic concerns under WTO law,” he said. “It’s not at all clear that WTO members have the legal right to take actions domestically based on what happens outside their jurisdictions.”

Essentially, he said, discretionary review itself by federal authorities may be in violation, because “public health considerations don’t enter into the equation to calculate the public interest.” A 1988 GATT panel ruling against Japan with regard to semiconductor export restrictions ruled that three months was too long, he said, and in the LNG and coal terminal cases the processes have extended beyond two years, though several have passed the test in 2013. “The fact that you’ve approved a few doesn’t excuse the fact that you’re sitting on quite a few more, when something is supposed to be more or less automatic,” said Bacchus.

The Dictates of Uncertainty 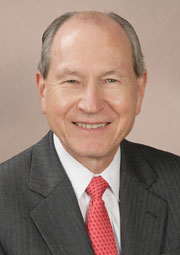 Cicio says his organization has not conferred with NAM about the issue. But he notes that many of the organization’s largest members are oil and gas producers. Asked about the surge in production at many manufacturers that has been driven by the domestic oil and gas renaissance, he says, “I’ve never said producing gas doesn’t increase manufacturing jobs, because it does. But it all gets back to the public interest determination,” which he says the DOE is failing to pursue with proper due diligence with regard to critically important factors that dictate what will happen to domestic prices.

“Among other things,” said the Dec. 2 statement from the IECA, “OPEC-indexed LNG prices should not dictate domestic natural gas prices.” Since DOE’s approval of LNG export terminals can be for periods up to 30 years, said the IECA, “a lot can happen to domestic demand and supply that cannot be foreseen today. It is for this reason the DOE must take a cautious and balanced approach to approving new LNG export terminals and prevent price spikes.”

In the IECA camp is the retiring chairman of steelmaker Nucor, Dan Dimicco, who wrote a commentary last July in which he cited low gas prices and reliable supply as the primary reason Nucor chose to locate a direct reduced iron facility in Louisiana. The $750-million investment employs 600 during construction and will create 150 permanent jobs once in operation. A study by Charles River Associates concludes that the impact of manufacturing would create twice the economic value and eight times the jobs that LNG exports alone will do.

“We are not alone,” he wrote in an op-ed in the Houston Chronicle’s FuelFix. “New industrial projects in the U.S. totaling more than $100 billion have been announced. Using domestic natural gas to grow our manufacturing sector and export more value-added products will create a much stronger U.S. economy than will exporting LNG alone.”

Both sides highlight the uncertainty this issue introduces to corporate strategy. It just depends on whose uncertainty creates enough economic discomfort to dislodge a policy decision from an endless cycle of debate: that of energy companies trying to move product through pipelines and ships to hungry buyers, or that of domestic manufacturers (such as petrochemical companies with pending ethylene cracker projects) hoping to put the US gas advantage to use before it’s too late.

“The delivered price of natural gas to the industrial sector is already about $5.50,” says Paul Cicio. “That’s not that cheap. Every additional approval further increases the risk of higher prices and spikes for the domestic consumer.”