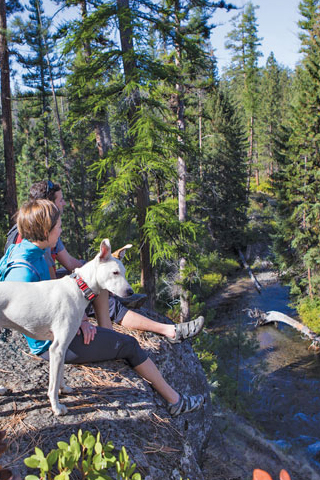 hink tax certainty doesn’t matter to capital investors? Think again. Two of Oregon’s largest corporations — Nike and Intel — just signed major expansion deals that will add at least 1,000 jobs to the state’s economy in the next few years, thanks to the Economic Impact Investment Act passed in December 2012.

As reported in Site Selection in Jan. 2013, Nike agreed to invest $150 million in an expansion at its headquarters in Beaverton that was expected to create 500 jobs in exchange for “tax certainty” from the state. A special session of the legislature in Dec. 2012 approved the Economic Impact Investment Act, which gave Gov. John Kitzhaber temporary authority to enter into qualifying investment contracts with companies committing to significant investments of capital and job creation over five years. Essentially, the state agreed that any changes to the tax structure wouldn’t affect companies for the next 30 years.

In early December 2013, Gov. Kitzhaber offered the same tax certainty, just weeks before the special act would expire, to Intel. The chip manufacturer was already investing at least $150 million in a new facility at the company’s Hillsboro site. Intel also promised to create 500 jobs in order to gain the incentive. In late 2012, the company had announced it would double the size of its D1X research facility to an estimated 2.5 million sq. ft. (232,250 sq. m.). The expansion is expected to be complete in 2015.

Come One, Come All

Ruffwear is a Bend-based maker of outdoor gear for dogs. The company invested $250,000 in a new 21,000-sq.-ft. (1,951-sq.-m.) facility that would house their headquarters, including design and development operations, distribution facility, 25 employees and, of course, their dogs.

“It was a strategic move for us,” says Will Blount, president of Ruffwear. “As we grow, so does our need for more inventory and the footprint that takes. This space is about 34 percent larger than our previous combined space, with room to grow. We manage our inventory so that we don’t need tremendous additional footprint. Being under one roof has been a big benefit for us and helps us to really see the product on hand and manage inventory.”

Agriculture, food production and food processing is a sweet spot for Oregon. In 2013, Con-Agra began building a 192,000-sq.-ft. (17,87-sq.-m.) addition at their Lamb Weston facility in Boardman. The expansion, expected to be ready for operation by spring 2014, adds a new line to the plant, increasing capacity for making french fries and other frozen potato products. It will create approximately 100 new jobs.

According to a Con-Agra spokesperson, the Boardman site was chosen for expansion for a number of reasons, primarily easy access to the Port of Morrow, which strategically positioned it for both domestic and international growth plans of Lamb Weston customers. The site is also well situated in the Columbia River Basin, a prime potato growing region. Both factors also help reduce the company’s carbon footprint — a big selling point in this environmentally conscious state.

A strong sense of community fuels much of the collaboration that takes place in Oregon, in part because they know who the competition is.

“We compete on the West Coast, and while we might be a big state geographically, we’re a small state in terms of population,” says Jill Miles. “But we have big opportunities in all corners of the state.”