by ANDREAS DRESSLER
Terrain Consulting
I

f there is one thing that site selection consultants agree on, it’s that no two projects are the same. While the process of analyzing locations and selecting sites is the same across most projects, each client has specific requirements that are reflected in the choice and weighting of the criteria used to evaluate locations for their particular facility.

Two-thirds of the consultants surveyed said that it was very important for a location to have the flexibility to craft a customized incentives package for a specific project.

Asked about the most important site selection factors in the projects that they had recently completed, the majority of the approximately 40 survey respondents highlighted work force availability as the most critical factor. More than just availability, the consultants emphasized the importance of a “skilled” and “qualified” work force. To some degree, this reflects the ongoing recovery of the US economy and the resulting increased demand for qualified employees. It also points to a broader trend occurring in the US and other parts of this world, where competition among companies for highly skilled and technically qualified employees is increasing.

Somewhat surprisingly, transportation infrastructure and particularly transportation access was the second most frequently cited critical location factor. In this context, a number of consultants also mentioned proximity to clients and markets as a critical location factor. The survey results show that although operating costs continue to play a key role in determining where companies chose to locate, the search for growth opportunities and market access continue to be the key drivers of corporate investment decisions.

There is also consensus among site selection consultants that incentives should never be the major driver of a location decision, although they can play a decisive role later in a project to tip the scales between locations that otherwise fulfill all requirements. Accordingly, two-thirds of the consultants surveyed said that it was very important for a location to have the flexibility to craft a customized incentives package for a specific project. Although consultants do value being able to receive incentives offers quickly from state and other economic development agencies, the ability of an agency to tailor the incentives to the needs of a particular company or project is generally more important than “off-the-shelf” offers.

The consultants surveyed rated Texas, Louisiana and South Carolina as the states in the United States that currently offer the best incentives for business and industry, with Georgia and Alabama also receiving numerous mentions. These states also scored very highly in Site Selection Magazine’s “Top State Business Climate Rankings” published in November 2013, suggesting a correlation between an attractive business climate and the willingness and ability of states to craft attractive incentives packages.

The survey respondents also rated the United States and Canada as the countries that currently offer the best incentives for business and industry. This North American bias may reflect the background and geographic focus of the consultants that participated in the survey, as only about half of the respondents were able to name international regions or metro areas that they rate highly in terms of overall business climate. Among the domestic regions and metro areas, Dallas-Fort Worth was mentioned most frequently as the metro area with a favorable business climate.

This last set of survey results in particular can be viewed from different perspectives. There is no doubt that a clear (and “holistic”) understanding of a project’s objectives is an essential requirement for site selection consultants and economic developers to perform their jobs effectively. Those in the field also know that work force is often the most difficult location factor to evaluate and requires gathering a range of information in addition to basic labor market statistics.

To be fair to economic developers, it is up to the site selection consultant to explain the project requirements clearly and in sufficient detail to enable the economic 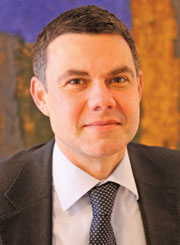 development agency to clearly grasp the company’s needs. It is also the role of the site selector to gather data that allows an effective evaluation of locations and not simply to send out an RFP with the expectation that agencies will provide all of the information required. The fact that 59 percent of the site selectors surveyed stated that they consult for both corporate end users and economic development organizations should help bridge this gap by ensuring that consultants understand the requirements of economic developers, and vice versa.

Andreas Dressler is Managing Director of Terrain, a corporate location advisory firm based in Berlin, Germany. He can be reached at ad@terrain-global.com.