The Lay of the Land 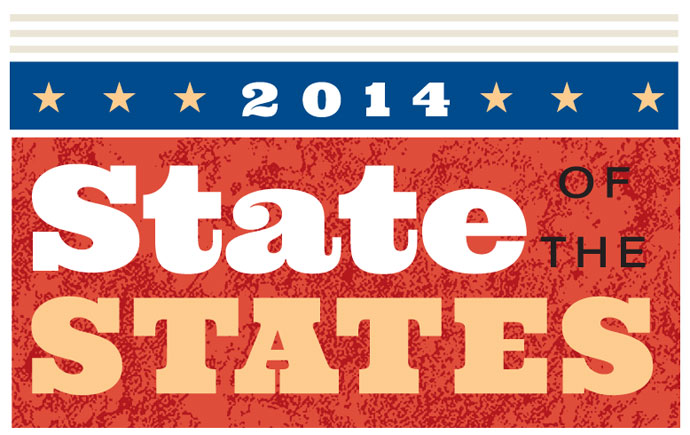 Site Selection is proud to publish our fifth annual State of the States report in this, our 60th anniversary issue. The following pages highlight new laws and incentives policies enacted by state legislatures; key statements by governors; recent corporate facility projects; wage, employment, demographic and cost-of-doing-business facts; and key agency contacts in one easy-to-digest compendium. Among this year’s data for each state is a new section called “Rankings That Matter.” In one glance, you’ll see where a state ranked in six recent and substantive evaluations:

Among the policy steps noted by the SBE Council when it released its Small Business Policy Index in December were a number that are also beneficial to larger firms, including completed or forthcoming tax reform measures in Arizona, Indiana, Kansas, Michigan, New Mexico, North Carolina, North Dakota, Ohio and West Virginia. — Adam Bruns

A note on the layout: Our business plan for this project offered exclusive sponsorship to advertisers allied with particular states, up to a full page. States supported by a half-page or less of advertising are represented here by half-pages of data.