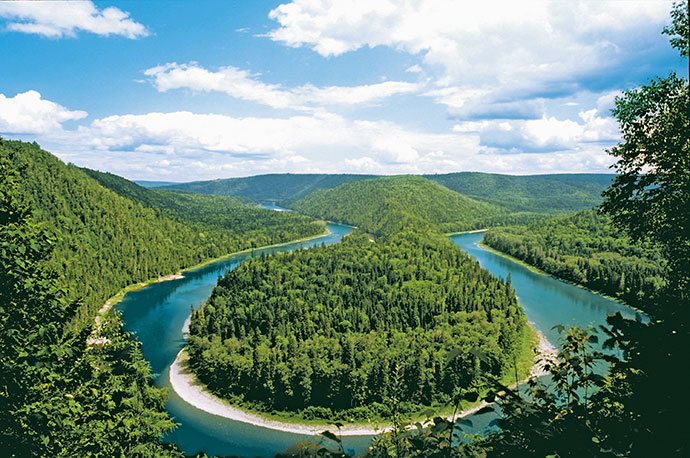 he forecast for the Atlantic Canada provinces looks sunny and fair, according to recently released reports by the Atlantic Provinces Economic Council (APEC) and the Royal Bank of Canada's (RBC's) Economic Provincial Outlook.

APEC released its 2014 Major Projects Inventory in May, reporting a record C$122 billion (US$113 billion) worth of major investment projects in the Atlantic Canada region, 7 percent over last year's total. "The change in total Inventory value is largely due to an increase in newly proposed projects in Nova Scotia," said Patrick Brannon, APEC's director of major projects. According to the report, Nova Scotia has surpassed Newfoundland and Labrador in total inventory value for the first time since the mid-1980s.

The RBC report released in June states, "Atlantic Canada is positioned for moderate economic growth in 2014, led by accelerated activity in Nova Scotia and New Brunswick." The report found that Nova Scotia's economy is about to take off thanks to a full year of production at the Deep Panuke offshore natural gas field. Energy projects like the $7.7 billion Muskrat Falls hydroelectric plant and Maritime Link projects in Labrador continue to account for much of the major projects investment. 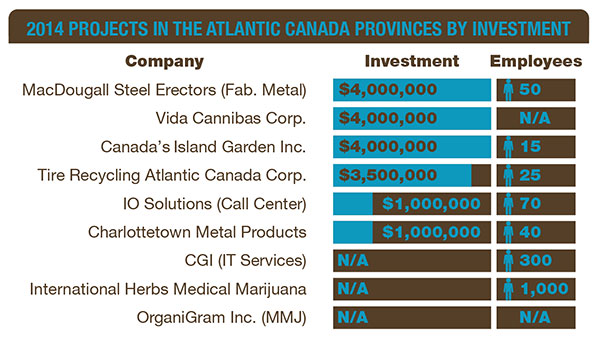 Eastern Canada's first LNG export facility. It is expected to produce 10 million metric tons of LNG. The FEED phase will determine facility layout and project capital costs that are estimated at $8.3 billion.

A New Sector Sprouts Up

Changes in rules regulating the purchase of medical marijuana (MMJ) are causing a burst of interest by companies hoping to grab a share of the new market.

In the past consumers were allowed to grow their own MMJ or purchase from a licensed grower. As of April 1, qualified patients must purchase their MMJ from a licensed producer. The new system, directed by Health Canada, will license commercial producers to grow, produce, distribute and sell MMJ.

Canada has approximately 40,000 qualified patients purchasing and using MMJ. Health Canada expects that number to grow 10 times that amount over the next decade. The licensing department has been inundated with applications from growers seeking official licensure. By the end of March, more than 850 applications had been received with an average of 25 new applications arriving each week.

The MMJ industry is considered so lucrative that the Canadian Securities Administrators (CSA) released a memo in June urging investors to be cautious when considering investing in medical marijuana stocks. The CSA is concerned investors may invest too hastily, purchasing stock at inflated prices even before a company is a licensed by Health Canada.