AIDT helps people and companies find the next level. 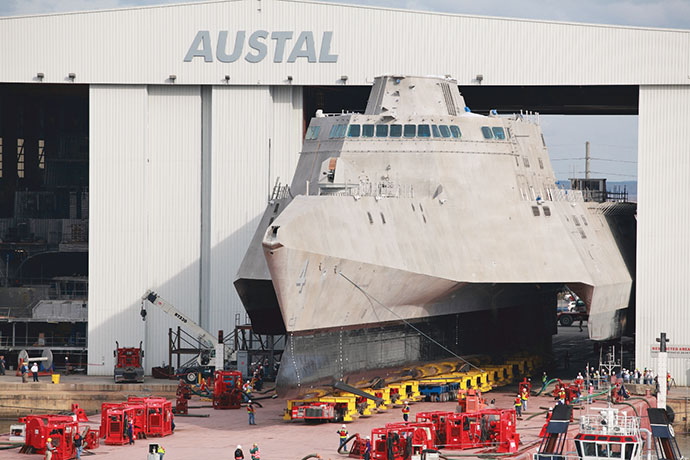 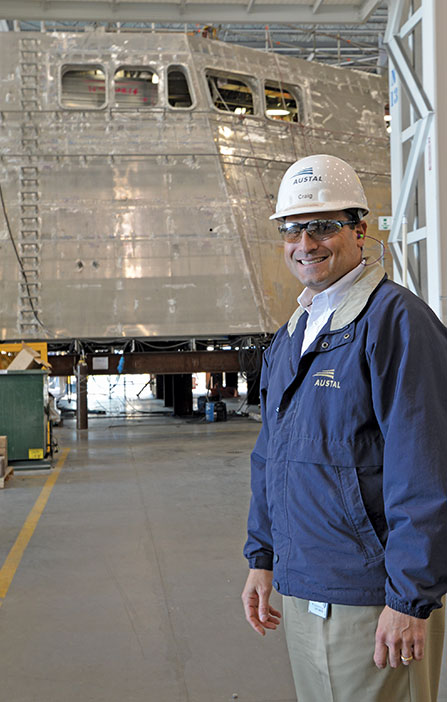 f you make the A-list in Alabama, you're in especially good company.

Begin with the distinctive "A"s of the University of Alabama and Auburn University, alongside the 25-campus Alabama Community College System. There's the state's still expanding automotive industry, as well as major investments by Airbus, Austal and ACIPCO.

One more "A" connects to all of the above: Alabama Industrial Development Training, the state's pioneering workforce training and education program better known as AIDT.

Jennifer Ogle, director, human resources for Airbus Americas, was the first employee hired locally by the European aerospace giant for what will eventually be a 1,000-employee operation at the company's $600-million A320 Final Assembly Line complex in Mobile. Ogle met with AIDT before her own first day on the job.

"I left that meeting feeling like we were probably in good hands, and that theory has held true since day one," she says, as the company prepares for the grand opening this summer of the AIDT Aviation Training Center next door.

"It makes a company like us feel very welcome, when you have an organization like AIDT almost knocking down your door to help you," says Albert von Pelser-Berensberg, plant manager at REHAU Automotive in Cullman, who first worked with AIDT when the plant originally was established in the 1990s. Between 2010 and 2012 REHAU hired 200 people, and plans to hire another 150 over the next 12 months. So the company called on AIDT this spring to secure assistance in hiring and training that talent by the second quarter of 2015.

"They have brought some very good ideas to the table already," says von Pelser-Berensberg. "They help us to not only put the plan together, but execute it."

Central to AIDT's leadership is Ed Castile, its director since 1993. Even with that much tenure, "when you give him a phone call, he still shows up personally in the plant manager's office," says von Pelser-Berenberg. "It's impressive." What impresses Castile is the quality of companies his team gets to work with.

"We learn from all the projects we do," he says, noting about 120 projects around the state where his team is helping to fill job openings. "When you work with companies like this, you ought to be pretty good, because you're working with some of the best companies in the world. They've helped us, and we've helped them."

Austal USA in Mobile has benefited from AIDT's decades of project experience, which has contributed to, among other things, the Maritime Training Center adjacent to Austal property.

"It's been a tremendous enabler for us to train, hire, orient and do post-hire training for our employees," says Craig Perciavalle, president of Austal USA. "We've had a significant amount of growth over here since 2009," he says of the company's approximately $330 million invested there over the past five years, when employment has gone from 800 to more than 4,100.

"A lot of the people we hire actually don't have prior shipbuilding experience," he explains. AIDT is helping turn them into "successful tradesmen who are doing a heck of a job for us. It says a lot about the type of people we have in the area." Perciavalle also points out the bottom-line benefit: The company has been able to pass along to the customer (the US military) the cost savings realized through training funds and programs furnished by AIDT and the State of Alabama.

"That was a key factor in keeping us competitive to win the work," he says. "There's a financial and commercial aspect, as well as the actual employee enhancement."

AIDT's centers of excellence are expanding to make things happen even faster for companies in rapid growth mode. The Alabama Robotics Technology Park in the Huntsville-Athens-Decatur area is about to enter phase three of its development, to be used by automotive suppliers and OEMs such as Mercedes-Benz U.S. International (MBUSI), whose latest expansion in Tuscaloosa features the hiring of 1,400 more team members.

With plant investments totaling more than $3.2 billion since its inception 20 years ago, MBUSI was responsible for contributing between $1.5 and $2 billion into Alabama's economy in 2012 alone in terms of payroll, taxes and investment. Partnering with AIDT has been crucial every step of the way, most recently in 2013 when the two parties formalized a $1.6-million contract for Shelton State Community College to support MBUSI's technical programs. "We've had resounding success with our Automotive Technician and Mechatronics programs over the past year," said Markus Schaefer, president and CEO of MBUSI. "Shelton State and AIDT have been critical in the success of these efforts." 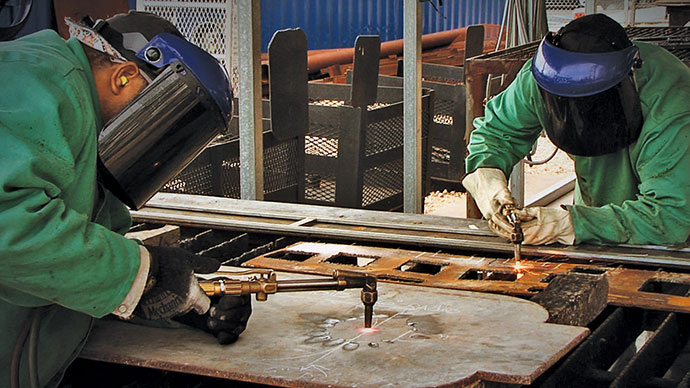 AIDT’S Maritime Training Center next door to Austal in Mobile is part of a thriving statewide network of centers that includes the three-phase Robotics Technology Park in the northern part of the state and a new Workforce Training Center in Birmingham.
Photo courtesy of AIDT

Meanwhile, AIDT in May opened the 56,000-sq.-ft. Alabama Workforce Training Center in Birmingham, where the focus is on construction trades and the lucrative but under-served category of industrial maintenance, defined by Ed Castile as "people who can crack open a robot and fix it."

Company leaders are universal in praising AIDT's ability to allow newcomers to learn from successful operations such as those of Honda and Mercedes, and the ability to both fund and coordinate training with overseas affiliates.

"Today, in our state in particular, we have a lot of countries represented," said Ed Castile, "and at AIDT we have some folks with some pretty full passports."

They have a full slate too, including more work now with companies moving up the value chain by bringing R&D and corporate offices to the state. It's a natural corollary for a state and a team so relentlessly focused on doing its job.

This Investment Profile was prepared under the auspices of AIDT. For more information, contact Jacqueline Allen at 334-242-4158 or info@aidt.edu. On the Web, go to www.aidt.edu.