One of the youngest talent bases in the world is ready to serve and be served by Turkey’s growing ICT sector. 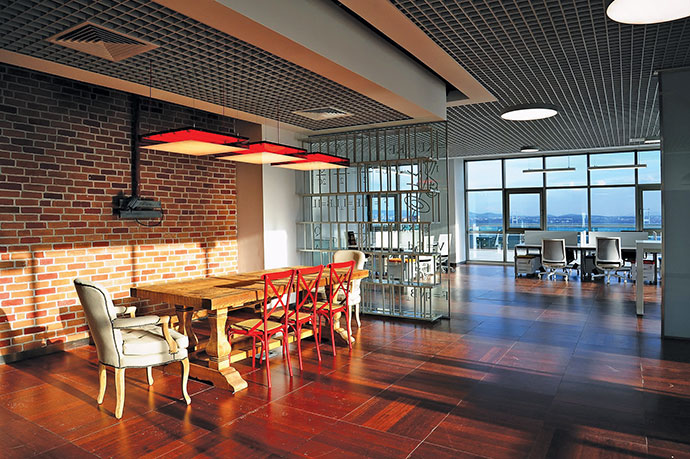 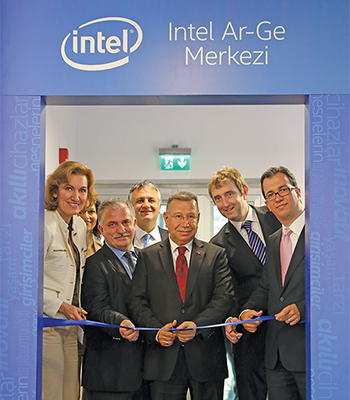 elivering Digital Infrastructure," an April 2014 report from the World Economic Forum and The Boston Consulting Group, delivered the news that Turkey's digital economy GDP, though still less than 2 percent of overall GDP, is projected to grow at a 16-percent clip between 2010 and 2016.

With the World Bank projecting GDP growth of 3.5 percent in 2015 and 3.9 percent in 2016, and the youngest population among all the G20 countries, Turkey's digital economy represents a tremendous opportunity. Signs of growth and potential are everywhere: From 2008 to 2012, the number of broadband subscribers leapt from 6 million people to more than 20 million. Mobile subscribers number nearly 70 million. In 2012, more than US$2.9 billion was invested in Turkey's telecommunications sector, after $2.8 billion in 2011.

Turkey has established 52 technology development zones (TDZs), of which 37 are operational. Today, more than 2,200 companies have developed projects in TDZs. A total of 142 R&D centers are operational within Turkey's exclusive incentives scheme for R&D, with 25 of them in the ICT sector.

Some of the most prominent come from such companies as Ericsson, Microsoft, Huawei, Hewlett-Packard, Vodafone and Intel, which opened a new R&D lab at Istanbul Technical University's technopark in May. The company has managed its market activities for the Middle East and Africa from Turkey since 2004.

In an email interview, Burak Aydın, Intel Turkey's general manager, says, "It was very important to physically locate the lab inside a vibrant R&D ecosystem. We considered this to be the best way to stay in close touch with academia and industry partners for the collaborative innovation model of the lab. Techno-parks are reputable to provide such environments in Turkey," in addition to providing certain incentives once a company has been certified to be admitted to the TDZ.

"One of the most attractive aspects of incentives for R&D is the 100-percent deduction of R&D expenditure from the tax base," explains ISPAT President Ilker Aycı. "If the number of researchers exceeds 500, then in addition to the 100-percent deduction, half of the R&D expenditure increase incurred in the operational year compared to the previous year will also be deducted."

Other support instruments include exemption from personnel income tax, a 50-percent reduction in social security premium and exemption from stamp duty.

A key aspect of Turkey's approach to the ICT sector is its "Fatih Project," a high-tech education program which Aydın calls "the largest education transformation project in the world. As such, it demonstrates Turkey's strong vision for the future of education."

" IT spending in hardware, software, IT services and telecommunication services in Turkey is expected to reach US$25 billion by 2016."

The Fatih Project envisions using high-tech devices to increase the quality of public education. The project is estimated to create a market of about US$7 billion over the first four years. Around 12 million tablet PCs will be distributed to students nationwide within the first four years, to be followed by 1.5 million units per year afterwards. The project includes installation of smart boards in 620,000 classrooms. In essence, says ISPAT's Ilker Aycı, "The Fatih Project is planned to turn every class into a smart class in all primary and secondary schools around Turkey."

"It also creates an innovation ecosystem within the country around education technologies, providing a rich environment to test innovative and novel ideas," says Aydın of Intel. "We find this very stimulating for the breed and export of high-technology solutions from Turkey to the world."

He also notes that with 2.7 million students enrolled in higher education, among other indicators, Turkey has "a great talent base." 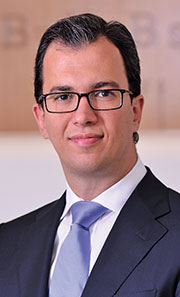 "The number of graduate students in ICT-related departments increased 29 percent year-on-year in 2012," adds Ilker Aycı. Programs to take that talent from campus to commercialization include the Ministry of Science, Industry and Technology's Industrial Thesis Supporting Program (SAN-TEZ) and Techno-Initiative Capital Support Program.

"ISPAT has provided great encouragement and valuable inputs and support throughout the process," says Intel's Burak Aydın. "We also find it very important to be in close communication with agencies such as BTK [Information and Communication Technologies Authority] and TUBITAK [The Scientific and Technological Research Council of Turkey], exchanging views and running programs on how to foster further investment in the country."

ISPAT's Ilker Aycı says the country has great things in mind as the Republic approaches its 100th anniversary in 2023. They include increasing the R&D expenditure-to-GDP ratio to 3 percent from 0.85 percent, having at least 100 active TDZs filled by some 10,000 companies, and increasing the annual exports of TDZs to US$10 billion, up from around $1 billion today.

"With its young population and dynamic economy," says Aycı, "Turkey offers ICT investors many opportunities in a promising future."