Sooner Rather Than Later

Hard work is paying off in Oklahoma.

The green space in the foreground of this photo will be home to Wheeler, a 150-acre (60-hectare), mixed-use project being developed just one and a half miles from downtown Oklahoma City.
Photo courtesy of The Humphreys Group/Photo by IVM
by PATTY RASMUSSEN
W

hen civic and business leaders in Oklahoma learned that Macy's was locating in the state, they felt like throwing a parade of their own. Known for its Thanksgiving Day extravaganza through the streets of New York City, Macy's is bringing 1,500 jobs to Owasso, just north of Tulsa, building a $170-million, 1.3-million-sq.-ft. (120,774-sq.-m.), direct-to-consumer fulfillment center. It's Oklahoma's biggest project of 2014, thus far, in both investment and employment. The Owasso site was chosen over 150 other locations in four states for its proximity to Macy's customers in central and southern regions of the United States.

The investment is expected to have an annual economic impact of $80 million, and was the result of state and local entities piecing together an incentive package worth close to $21 million, including $500,000 from the Cherokee Nation's economic development arm, Cherokee Nation Business (CNB).

"I'll go to my grave believing our incentives tipped the scales in favor of Oklahoma," says Cherokee Nation Principal Chief Bill John Baker. "We added incentives that none of the other states could even talk about or bring to the table." The Cherokee Nation will provide infrastructure for the main roads in and out of the site, administer job fairs and other recruitment programs and train the Cherokees hired. CNB also offers unique tax credits for Cherokee employees. "We have federal tax credits to the tune of $4,000 for each individual Cherokee Macy's hires," says Baker. "If the employee is married to a Cherokee, the tax credit doubles. At the end of the year, the company receives a bottom line tax credit for $4,000 or $8,000.

"Because the facility is being built in Indian country, the company receives accelerated depreciation on the building and the equipment, federal advantages tribes have that don't exist in some of the other states. When we brought all those folks to the table to explain the different packages, it was a win, win, win - for the tribe, Macy's and the rest of Oklahoma."

In addition to the 1,500 full-time employees, Macy's will hire 1,000 or more temporary seasonal workers each year to handle higher volume during the holidays. Construction began in April, and the ripple effect of the project is profound. 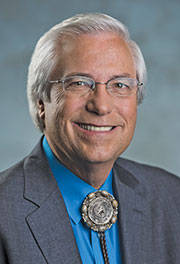 " I'll go to my grave believing our incentives tipped the scales in favor of Oklahoma. We added incentives that none of the other states could even talk about or bring to the table."

"The Macy's project is already having a major economic impact on northeastern Oklahoma, putting electricians, plumbers, cement finishers and metal workers to work," says Baker. Between 350 and 500 construction jobs are expected as the facility is built. Operations at the location will start in April 2015 with the first orders shipping in summer 2015.

Aviation and aerospace remain an important and dynamic sector in Oklahoma. Over 500 aerospace-related companies are located in the state providing direct and indirect employment to 144,000 citizens. Oklahoma's aerospace industry accounts for $4.4 billion in annual revenue with exports to 170 countries. Earlier this year, Governor Mary Fallin extended the aerospace engineer employee and employer tax credits until 2018. "When it comes to the growth potential for aerospace in Oklahoma, the sky is truly the limit," she said. "The aerospace engineer tax credit has helped create hundreds of new, high-paying jobs for skilled Oklahomans."

L3 Communications is bringing 60 new engineering jobs to its facility in Broken Arrow. The company, which designs and produces hardware for use in flight simulators and other training devices, has close to 600 employees statewide.

Tulsa-based BizJet International is adding up to 250 jobs companywide. In April, BizJet unveiled a 40,400-sq.-ft. (3,753-sq.-m.) facility which is home to the company's new engine teardown product line, a move which created 60 new jobs.

Commander Aircraft Corp. is locating service operations at Max Westheimer Airport located on the University of Oklahoma (OU) campus in Norman. The company moved into two hangars on the property with plans to expand one of the hangars up to an additional 70,000 sq. ft. (6,500 sq. m.). The company eventually plans to begin production of the aircraft and intends to create 75 to 100 jobs over the next three years.

Oklahoma City unveiled plans for a $70-million airport expansion to upgrade the terminal, including increasing the number of gates to accommodate more flights. The project is still in the design phase.

Blair Humphreys is a native Oklahoman who was educated on the East Coast, lived and worked on the West Coast and couldn't wait to get back home. An urban designer and developer with The Humphreys Company, he is currently leading master planning and development of Wheeler, a 150-plus-acre (60-hectare), mixed-use infill project on the Oklahoma River south of downtown Oklahoma City. Humphreys is a passionate evangelist for his city.

"Most people's perceptions of Oklahoma City are probably dated and only tell one part of the story," he says. "One of the big changes is that the city stopped worrying about what other people thought and has focused on making it a great place to live. It's becoming a dynamic urban center with a lot of creativity and work being put into creating great public spaces and urban amenities." 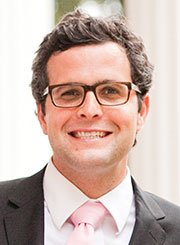 " Most people's perceptions of Oklahoma City are probably dated and only tell one part of the story. One of the big changes is that the city stopped worrying about what other people thought and has focused on making it a great place to live. "

A turning point in the city's revitalization was the 1993 decision to pass the Metropolitan Area Projects (MAPS). Rather than investing in incentives to attract companies, the city invested in quality of life infrastructure projects through a 1 percent sales tax that generated $360 million. "They built a canal in Bricktown, dams on the river, created a new river corridor, built a baseball stadium and downtown arena, and on and on," say Humphreys. "MAPS changed the game in the city."

The city is currently on the third phase of the MAPS program which includes creation of a streetcar system and a stunning 70-acre (28-hectare) central park that will extend from the capital to the river. Combined public and private investment in the city has climbed into the billions.

"That's the story of the renaissance of Oklahoma City," Humphreys says. "It's the reason that, in combination with success of local industries, we have a dynamic economy and a rapidly improving quality of life. We're still really affordable and it's a great place to start a career and raise a family."

Humphreys isn't alone in believing that.

"We've actually had a significant net migration of millennials into Oklahoma City in the past 15 years," he says. "We're not only retaining talent we used to lose, but we're able to attract talent. We have a great story to tell."