What Makes for a Good Fit

States that know what they’re good at make a stronger case for corporate investment than those that don’t. 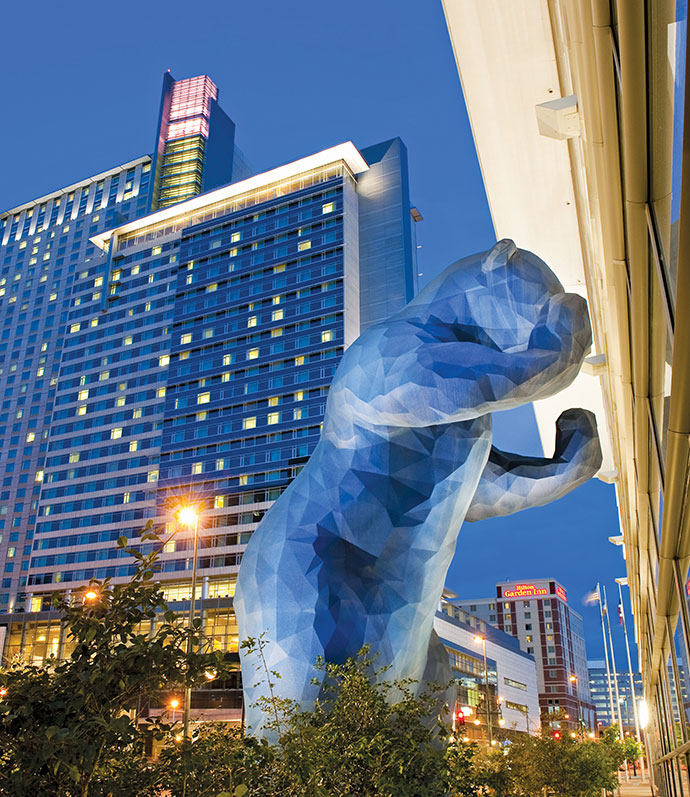 Denver topped all other Colorado cities with 70 companies raising $305 million in high-tech venture capital in 2013.
Photo courtesy of City and County of Denver
by PATTY RASMUSSEN
A

The Beehive State ranked sixth nationally for venture capital investments, according to the MoneyTree Report from PricewaterhouseCoopers LLP and the National Venture Capital Association. Even more telling, companies in Utah have already raised 67 percent of the state's 2013 venture capital total.

Utah, therefore, has a tech vibe grounded in reality - real capital, real companies and real growth. But other states in the Rocky Mountain region do, too, and they are all now getting better at differentiating themselves, selling to their strengths and winning high-tech investment.

"Knowing what makes for a good fit and what doesn't is essential for any economic development group," says Janet Ady, CEO and founder of Ady Voltedge, an economic and corporate location strategy firm in Madison, Wis. "These states know themselves and they do a good job of presenting their business case."

The Mile High State is buzzing with high-tech activity as over 122 digital companies statewide raised $461 million in 2013, according to a report by Built In Colorado. Denver topped all other Colorado cities with 70 companies raising $305 million, but Boulder was right behind with 43 companies raising $147 million. Software companies raised the most venture capital, close to $232 million.

An August 2013 report by Engine, a technology policy coalition, and the Ewing Marion Kauffman Foundation named four Colorado cities or regions as prime locations for a high-tech/digital startup. Boulder, Fort Collins-Loveland, Denver and Colorado Springs all made the top 10 on the list, with Boulder and Fort Collins-Loveland claiming the top two spots.

Layer3 TV, a "next generation cable company," is locating its new corporate headquarters in Denver. The company was founded in Boston in 2013 and raised $21 million in initial funding by spring 2014. Jeff Binder, the company's co-founder and CEO, said the move to Colorado was born out of a desire to be part of the thriving innovation ecosystem in Denver, as well as an abundant, well-educated workforce and the quality of life. The company plans to hire 312 employees, paying an average wage of $92,000.

The state that gave the world PKG and Micron Technology continues to remains a popular high-tech center. Over 48,000 Idahoans are employed in tech jobs, and 17 percent of all wages earned in the state - $3.4 billion - are from technology companies.

The state recently passed new incentives to attract high-tech businesses. As of July 2014, qualifying companies bringing new, high-wage jobs to Idaho may be eligible to receive up to a 30 percent refund on sales, payroll and corporate income taxes for up to 15 years. Wages must be above the county average, and companies must create at least 50 new jobs in an urban area, or 20 in a rural area.

"We selected the location not only for its proximity to our existing facility, but most importantly for network access to all major carriers in the immediate area, including access to dual power feeds from Idaho Power to support the 9 megawatts of total power," said Ken Birch, president and CEO of Fiberpipe. "Diverse, high capacity, carrier neutral network access is extremely important for large data center customers looking for solutions for their big data requirements or Cloud services."

Greg Gianforte is a serial entrepreneur whose tech company RightNow Technologies was purchased by Oracle for $1.5 billion. Rather than retire to the counting house, Gianforte founded the Montana High Tech Business Alliance, a non-profit with a mission to help companies remove obstacles that exist in their growth and raise awareness of the impact these companies have on the economy.

The Alliance kicked off an initiative in 2013 called Code Montana, teaching computer coding to high school students. "We bought a computer science curriculum from some guys from Stanford and made it available free of charge to every high school student in the state," says Gianforte. "The Montana Programmers Association volunteers as mentors." In five months the program had 1,200 students. The goal is to enroll 5,000 students by 2015.

Gianforte believes incentives have their place, but he's more concerned that the state creates an appealing business climate. "Before you get to incentives, you need less regulation and lower taxes," he says. "These serve the state's interest over the long term. Address education and talent development."

Few states enjoy a tech sector as hot as Utah, where approximately 4,000 IT companies are located. As of the fourth quarter of 2012, the state had more than 51,000 employees in the sector out of an adult work population of 1.3 million. Utah is one of the fastest-growing exporters of high-tech hardware, software and services. Since 2006, Utah's exports have nearly tripled thanks to companies such as IM Flash, which produces the world's fastest 25-nanometer memory chip, sitting in one of every 14 electronic devices worldwide. IM Flash was a joint venture between Intel and Micron, and operates out of a 3-million-sq.-ft. (278,700-sq.-m.) facility in Lehi.

“Before you get to incentives, you need less regulation and lower taxes. The US is These serve the state’s interest over the long term.”

The state uses a post-performance Economic Development Tax Increment Finance (EDTIF) incentive as a way to seal the deal. For example, Oracle recently announced plans to create an additional 351 jobs over the next 10 years and will open a new customer software support center in Salt Lake County. Oracle expects to invest more than $6.1 million in the project and will receive a maximum tax credit of $2.82 million in the form of a post-performance EDTIF incentive, 25 percent of new state taxes Oracle will pay over the life of the 10-year agreement. "After-the-fact, post-performance tax credits have very important values," says Michael Sullivan, communications director for the Governor's Office of Economic Development. "It keeps the relationship positive for the state and for the company. There is never a clawback provision because the incentives are granted over the life of the agreement."

Data centers make up a sizable portion of the tech sector in Wyoming. Microsoft announced yet another expansion in April. The company is building a third data center, this one for $274 million in Cheyenne, bringing Microsoft's total investment in Wyoming close to $500 million. The new data center should be operational by 2015.

The state uses four different incentive programs that target data centers. The Managed Data Center Cost Reduction Grant allows a data center to qualify for a $2.25-million grant that will reimburse their accrued utility expenses, both electricity and broadband, over a three-year period.

"The stipulation is that they have to provide a service to the community they're in," says Brandon Marshall, manager of business recruitment and development with the Wyoming Business Council, "whether that's providing data services to the county, the school district, [or] something like that." Additional incentives include:

"The one peculiarity we have versus other states is that none of our grant funds, other than the Managed Data Center Cost Reduction Grant, go directly to a company," says Marshall. "Our grants go to a community and they provide infrastructure to the business."

Ady likes industry-specific incentives like the ones in Wyoming.

"They tell me that the state or region knows what makes a good fit for them and that they see the value of having those types of businesses," she says. And she likes the way economic developers in the Rockies go about their business. "To keep momentum going takes really hard work," she says. "There are great communities in all these states that have done that."