Stakes are high in this economic development contest. 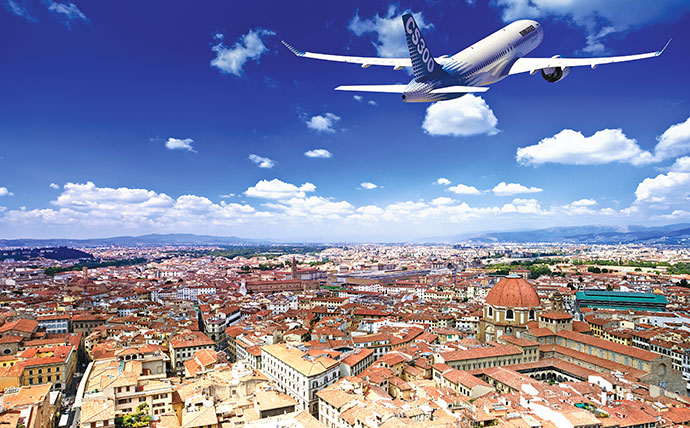 The Bombardier CS300 is one of the newer jet models being assembled by the international aerospace company.
Photo courtesy of Bombardier
by TUCSON ROBERTS & ROBERT PITTMAN
H

istory is replete with examples of products and services that became obsolete shortly after they were introduced. Stockholders in companies such as Polaroid and Blockbuster Video would likely attest to this. However, short of "beaming" people and goods to their destinations a la Star Trek, there is no foreseeable alternative to transporting people from Point A to Point B - be it next town or around the world - via land, air or water vehicles. While the aviation and aerospace industry can be highly cyclical, employment and output in this sector has grown significantly in many areas. For example, employment in the Aerospace Products and Parts industry (NAICS code 3364) grew in the US by only 8.1 percent from 2002 to 2012 but grew by 33 percent in Alabama. The industry will continue to offer an opportunity for communities seeking to create more jobs, and a challenge for aerospace companies looking for the right location that will keep them competitive.

Above all, aerospace companies
are dependent on skilled labor.

The stakes are high to attract companies in the aerospace industry. While having a generic development-ready site and an average labor force might be good enough for some industries, aerospace companies generally require much more than "average" infrastructure, labor force and quality of life. Furthermore, many prefer to locate where there is a significant presence of other similar companies. Clusters (e.g. higher concentration) of other aerospace companies help create economies of scale that translate into competitive advantages in areas such as workforce training.

Above all, aerospace companies are dependent on skilled labor. Engineering, design, materials testing and other specialized support skills are often required by aerospace companies. The industry is highly regulated by either FAA or NASA. In order to work on a civilian aircraft a mechanic must possess an Airframe or Power-plant Certificate. Training usually requires 18 to 24 months of training and candidates must pass the FAA certification test. Consequently, for a community or region to be successful in creating more jobs it must have access to these trained mechanics. Such "Part 147" schools are expensive to run and maintain, but if a community or region wants to sustain an aerospace cluster they are critical. 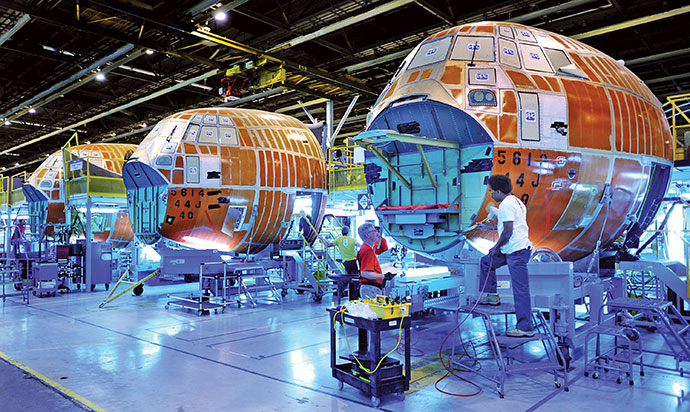 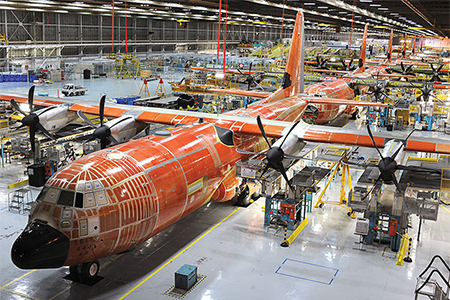 Some additional factors that aerospace companies might look for when making location decisions include:

If an elected official proclaims that he wants to attract aerospace companies to his city, he/she had better understand the commitment necessary to do so.

Higher income individuals also have expectations of a high quality of life supported by residential areas, commercial airports, retail, restaurants and above average K-12 schools and higher education. Coming up to standard on these various locational "needs" and "wants" can be challenging under the best circumstances and highly improbable under other conditions. So, if an elected official proclaims that he wants to attract aerospace companies to his city, he/she had better understand the commitment necessary to do so. 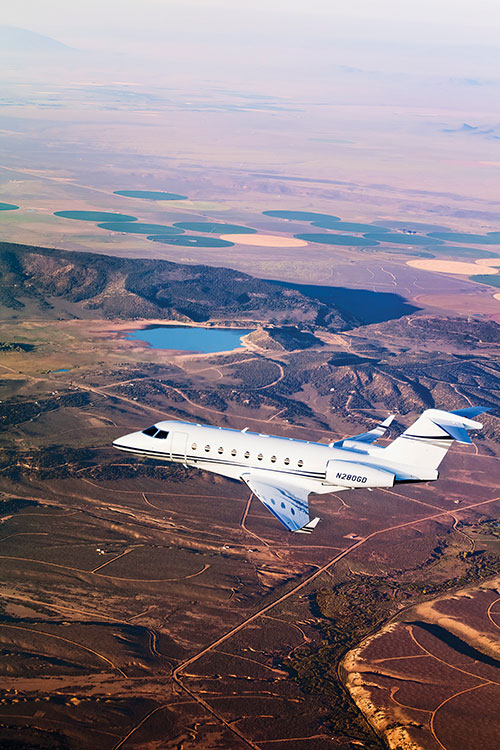 One location factor not to be underestimated is a pro-business state and local government environment. Military contracts in the aerospace industry are by their nature sometimes political and can be greatly influenced by an active, coordinated congressional delegation. The Mobile, Alabama region put together an impressive team of elected officials at all levels to help attract Airbus in 2012. Location incentives are often a by-product of a pro business local and state government and can make the difference in where an aerospace center is formed.

Because of the relatively high bar that regions must clear in order to be a viable, competitive location for aerospace companies, many communities are turning to certification programs. There are many variations on these programs, but basically they involve showing in advance that a community or region meets the basic locational needs of industries - available labor, available site and/or building, etc. Unfortunately, many certification programs are like the fictional town of Lake Wobegon on the Prairie Home Companion public radio show - everything is above average. However, done right, preferably with credible third-parties, certification programs can be effective in helping a company or consultant expedite the initial site/community screening process and reduce the perceived risk of a community as an expansion location.

Growing and sustaining a cluster of aerospace-related companies can take a very large community development investment.

Aerospace clusters are one of the most difficult and expensive of all economic development projects to create. Communities, regions and states that want to emphasize aerospace in their economic efforts should carefully research the costs and benefits of this approach. Yet the rewards to the employed as well as the community, state and aerospace business are virtually unsurpassed in the field of economic development. 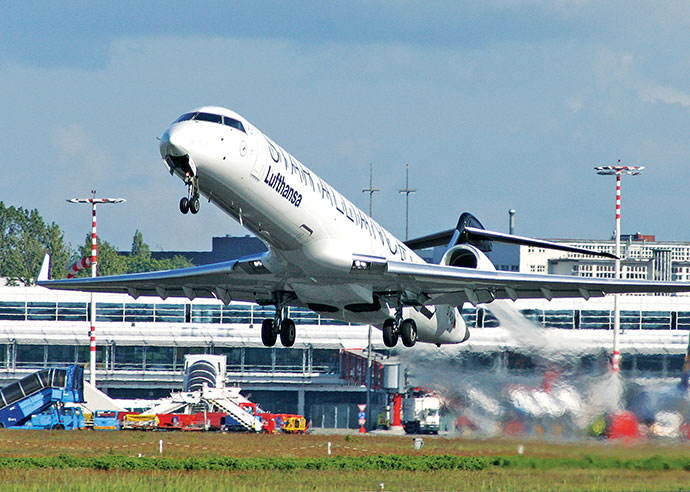 The CRJ700 aircraft, made by Bombardier, is part of the CRJ series, the most successful commercial regional jet program in history.
Photo courtesy of Bombardier

Robert Pittman is founder and executive director of the Janus Institute.

The Aerospace Industry Is Cleared for Takeoff in SeaTac 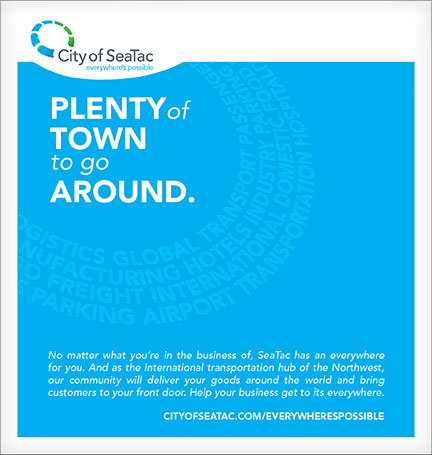 he City of SeaTac, just minutes from downtown Seattle, provides an ideal landing place for any aerospace business. The city, located between the Seattle and Tacoma seaports, is home to the Seattle-Tacoma International Airport and Alaska Airlines headquarters.

SeaTac is in King County — the largest center for aerospace activity in the country with over 400 aerospace companies and 45,000 industry employees. The region offers factories, capital investment, a skilled workforce and the ability to efficiently move people and freight. Nowhere in the country are the assets as significant or better aligned to expand an already intense concentration of aerospace innovation and excellence.

The airport is located within the city limits with three runways that operate curfew-free to ensure no delays. In 2013, the airport served nearly 34 million passengers, making it the 15th-busiest airport in the country. Additionally, total air cargo of almost 293,000 metric tons passed through the airport, a 3.2% increase over 2012.

Boeing’s SeaTac Spares Distribution Center has more than 700,000 square feet of space, and is the largest facility of its kind. Under the center’s 15-acre roof are millions of spare parts used to support and service Boeing commercial jetliners worldwide.

The City of SeaTac embraces its role as a transportation hub for all types of industries that rely on a variety of airport, seaport and highway systems to efficiently conduct business. With generous amounts of real estate ready for development and a business-friendly government, SeaTac is the place where “everywhere’s possible.”