Answering the ‘What if’
Questions of Workforce

There is a solution that is catching fire across the nation. 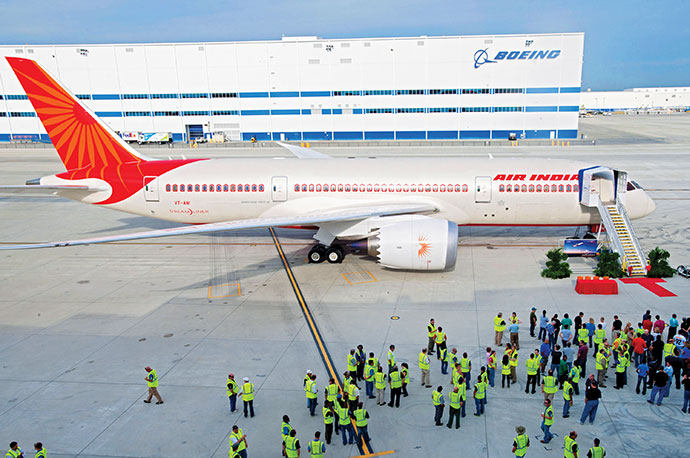 Boeing in October 2012 marked a historic milestone with delivery of the first 787 Dreamliner built at its North Charleston, S.C., facility to Air India.
Photo courtesy of Boeing
by DEBRA LYONS
L

ife is full of choices. Each choice we make - or fail to make - affects our own lives and the lives of others. For those with imaginative minds, choices may take the form of "what ifs." Here are a few that drive me and many of my colleagues at ACT:

What if business and industry knew and could easily communicate the essential skills needed for a productive workforce?

What if individuals understood what skills are required by employers and what they need to do to prepare themselves for success?

What if policymakers, community leaders and educators had a way to measure skills gaps and build career pathways to help individuals and industry thrive?

What if economic developers had an on-demand reporting tool to quantify the skill levels of their workforce?

Fortunately, an answer to all of these "what ifs" exists. It's a solution that is catching fire across the nation. Through effective implementation of the ACT Work Ready Communities framework, all four stakeholder groups benefit. Let me explain by shining a spotlight on South Carolina, a state that's putting this solution into action.

Under the leadership of Gov. Nikki Haley, South Carolina was one of the first four states in the nation to engage in the ACT Work Ready Communities initiative, starting in January 2012. South Carolina leaders view the initiative as a way to link education and workforce development across all 46 counties. They have been able to rally the support and commitment of community leaders, educators, employers and civic leaders.

Today, 17 states are actively participating in the initiative. In each case, the vision is to ensure a ready workforce that serves as an economic development tool to attract and maintain businesses in the state.

The centerpiece of the initiative in all participating states, regions and counties is the ACT National Career Readiness Certificate™ (ACT NCRC®). To earn an ACT NCRC, an individual must take three ACT WorkKeys® assessments: Applied Mathematics, Reading for Information, and Locating Information. Decades of ACT research have shown these three skill areas to be essential for success in the majority of jobs. Based on the scores earned, the individual may earn a Bronze, Silver, Gold or Platinum certificate. Since 2006, nearly 2.5 million people have earned an ACT NCRC, and about 215,000 of those were earned by South Carolinians - second only to Michigan on a per capita basis.

Certificates help document the skill levels of an area's workforce and can aid job seekers in securing employment, but they are only part of the story. Other components are equally essential.

For the initiative to be successful, employers must understand the value of documented work skills and agree to recognize and accept the certificate from job seekers and from employees seeking promotion. More than 1,400 employers in South Carolina have pledged support, and leaders from the South Carolina Manufacturers Alliance and South Carolina Chamber of Commerce, among others, are backing the initiative.

The support of educators and administrators is no less important. At the postsecondary level, the South Carolina Technical College System has long been an avid supporter of ACT career solutions. In April 2014, legislation was passed to replace the existing South Carolina high school exit exam with a new requirement: beginning in the 2014-15 school year, all high school juniors must take a college readiness assessment and the three ACT WorkKeys assessments that power the ACT NCRC. Graduates will exit not only with a diploma but also a college entrance exam score and documented work readiness in the form of a nationally recognized ACT NCRC. 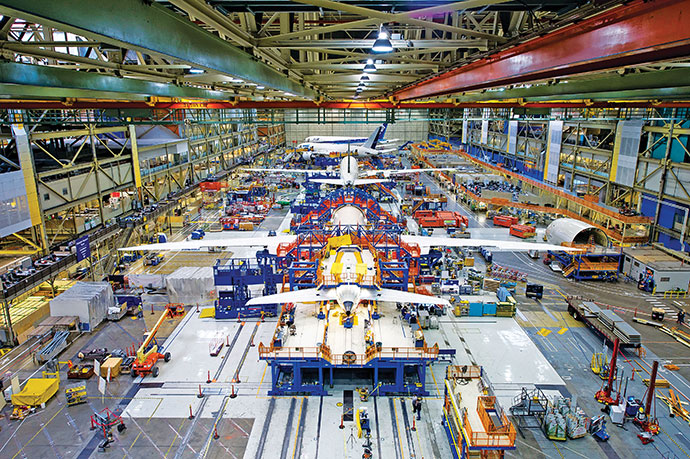 Boeing on May 9, 2012, rolled out of the North Charleston factory the first 787 Dreamliner to be built at the increased production rate of seven airplanes per month. Boeing's 787 program achieved a planned 10 per month rate by year-end 2013.
Photo courtesy of Boeing

The impassioned support of the governor's office is supplemented by other cabinet-level offices, which are actively involved in the ACT Work Ready Communities push in South Carolina. These agencies include the Departments of Commerce, Education, Vocational Rehabilitation, and Employment and Workforce.

Another aspect of the ACT work readiness system is job analysis, also known as job profiling. Thanks to the 22 active ACT-authorized job profilers in South Carolina and hundreds more in other states, ACT has one of the largest, most robust occupational profile databases on the planet. Nearly 20,000 job titles are included. ACT-authorized job profilers have completed nearly 1,000 profiles in South Carolina, providing employers with skill-specific data on which to base critical personnel decisions.

So, what's the outcome? How does all this cooperation at the state and community levels really translate to results for all those involved?

The answer hinges on data. Measurement is the key to continued progress, and the ACT Work Ready Communities initiative is truly grounded in data. Each month, ACT updates a website accessible to anyone, anywhere, with county-level data - yes, all 3,141 U.S. counties. This level of visibility, including the number and levels of ACT NCRCs earned and a list of supporting employers, helps drive and sustain momentum. In addition, the data may spark competitiveness, given that every county can compare its workforce development efforts to any other county in the nation. Business owners considering expansion or relocation can view skill-specific data indicating the quality of an area's workforce. This economic development value is critical to any area hoping to grow its economy. 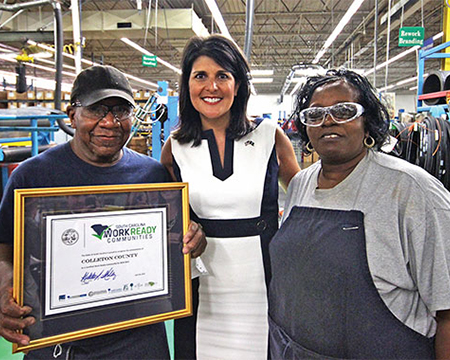 As of this writing, three counties in South Carolina have achieved all common and state-level goals and have been certified as ACT Work Ready Communities: Clarendon in August 2013, McCormick in March 2014 and Colleton in April 2014. Another eight counties have reached 100 percent of the common criteria goals but are not yet certified as they work to accomplish state goals: Allendale, Bamberg, Dorchester, Greenwood, Laurens, Pickens, Saluda and Sumter. Another six counties are above 90 percent of goal attainment: Florence, Darlington, Greenville, Edgefield, Abbeville and Anderson.

As of May 1, 2014, 17 of the state's 46 counties are at or near the goal of achieving ACT Work Ready Communities certification. Once certified, each county must maintain this certification in partnership with the state and with ACT. This ensures continuing progress toward measuring, certifying and improving the skill levels of the workforce.

Site Selection readers know that each year, this publication issues a list of the year's Top 10 Competitive States. Beginning with the 2012 list, the criteria were expanded to include "Number of ACT National Career Readiness 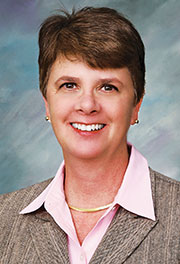 Debra Lyons is vice president for community and economic development for ACT, where she leads the Certified Work Ready Communities initiative. More information, including county-by-county NCRC skill data, is available online at www.workreadycommunities.org. Certificates per 1,000 residents aged 18-64" as one of 10 measures.

As leaders in other states, regions and counties consider taking this journey to document the quality of the local workforce, I hope they will remember the words of Theodore Roosevelt: "In any moment of decision, the best thing you can do is the right thing. The worst thing you can do is nothing."

Clearly, there are many initiatives at work in the Palmetto State - ACT Work Ready Communities is only one - but it's fair to say that South Carolina has committed to its future and is seeing the results.

Sometimes the Address Says It All

rvine, California was master-planned to be an economic powerhouse. Strategically located in the heart of Southern California between Los Angeles and San Diego, surrounded by major arterial highways, on the perimeter of John Wayne/Orange County Airport, next door to the premier west coast ports of Long Beach and Los Angeles, Irvine delivers the benefits of connectedness, proximity and customer accessibility.

Irvine has cultivated a well-deserved reputation as the address of choice for major industry clusters. As the Safest City in America for nine consecutive years, we are home to several Fortune 500 companies and we are proud to support a full spectrum of Life Sciences, Technology and Digital Media, Advanced Manufacturing, R&D and Scientific Testing and Clean Energy companies.

Synergy and opportunity abound. Home to several R&D incubators, HUBs and research projects and supported by a robust professional services sector, Irvine has always been a major Pacific Rim player and a favorite for European and Middle Eastern investment.

While our artfully developed office parks, wide thoroughfares and acres of protected open space are a signature of Irvine, its capacity to deliver, attract and retain high quality talent is one of its greatest strengths. Rooted in Irvine's premier K-12 educational system and its fifteen university and college campuses within its boundaries including the world-renown University of California, Irvine, Irvine can claim an enviable 96% high school graduation rate and 66% advance degree rate.

Our business community makes us stronger. Our public/private partnerships empower us. Our diversity energizes us. Our quality of life inspires us. Our commitment to innovation in all things distinguishes us. And helping you grow your business motivates us. That's what makes Irvine extraordinary. 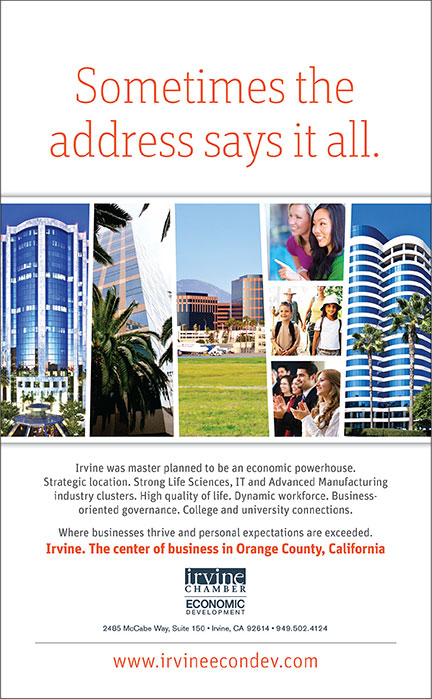