Regardless of One's Politics

States are discovering the chilling effect of anti-gay-marriage legislation.

ew things have the ability to cool a hot business climate as much as the word "discrimination." But that's exactly how many companies view the issue of marriage inequality. As of June 2014, 19 states and the District of Columbia legally recognize same-sex marriage. According to site selection expert John H. Boyd, principal at The Boyd Group in Princeton, N.J., states need to recognize that legislative bans on gay marriage are viewed as bad for business, especially when it comes to talent recruitment. 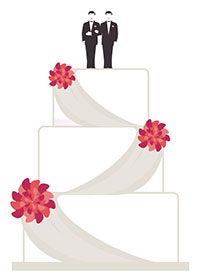 "This is becoming a site selection variable regardless of one's politics," Boyd says. "Companies want to be able to recruit and retain the best workers nationally."

Corporations are making their views known, becoming vocal and active participants in the marriage equality debate. In January, two large companies headquartered in Indiana, pharmaceutical giant Eli Lilly & Co. and Cummins Inc., a diesel engine manufacturer, contributed to a campaign against HJR-6, now HJR-3, legislation that would have placed a constitutional amendment prohibiting gay marriage on the state's November ballot. Lilly, which said it would consider moving operations out of Indiana if the gay marriage ban passed, spelled out its concerns on the company's website:

"…'Defense of marriage' legislation can make it difficult to recruit new and educated workers and retain good employees. We are proactive in working in the legal system to ensure the communities in which we operate are open and welcoming."

Marriage equality means money in the coffers for everyone. The Williams Institute, a UCLA-based think tank which conducts independent research on sexual orientation and gender identity law and public policy, stated in a May 2014 report that "extending marriage to same-sex couples in Indiana would generate over $39 million in spending to the state economy." That's just in wedding spending during the first three years alone.

The Indy Chamber of Commerce, representing the Indianapolis business community, also took a determined stance in stating objections to HJR-3. "Indiana has set the standard for being a state with a strong, stable economy that attracts and retains some of the world's most gifted workers," says Michael Huber, president and CEO of the Indy Chamber. "The passage of HJR-3, as it was introduced in the legislature, would have been a major step backwards in this mission. The Indy Chamber is in the business of growing and strengthening our economy. We serve as a leading advocate on issues that impact our regional business community and the vitality of our economic future and we believe HJR-3 served only as a distraction from building momentum in the state legislature to address economic and workforce development challenges in the Indianapolis region and across the state."

The Indy Chamber was involved in blocking passage of HJR-3, contributing PAC dollars to Freedom Indiana, the campaign coalition, and testifying against the legislation at various committee hearings. The Chamber also recruited a major site selector to testify on the issue, pointing out that potential passage of HJR-3 was already impacting businesses' relocation decision processes. As a result of changes to the proposed legislation, the issue will not be voted on this year.

A state's social policy, especially with regard to gay marriage, is a question that is cropping up more and more as the issue continues to be addressed by state legislatures and courts.

Boyd says states declaring themselves "open for business" do themselves no favors by supporting anti-gay legislation. He says to look no further than Arizona governor Jan Brewer, who is not running for re-election. Brewer faced a firestorm of opposition from corporate heavyweights like Apple, Marriott and AT&T prior to her veto of SB 1062, controversial legislation that would have allowed businesses to discriminate against gay and lesbian customers.

"The firestorm included a warning by the NFL that it would pull Super Bowl XLIX out of Phoenix next year if the bill became law, like it did two decades previously over the MLK Day observance controversy," says Boyd.