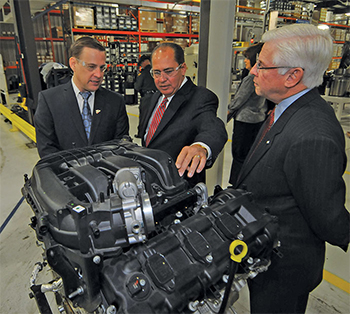 Plant manager Troy Thomas leads Gov. Earl Ray Tomblin and Economic Development Commissioner Keith Burdette on a tour of the Sogefi plant in Wayne County, W. Va. In October 2013, the company announced that it would expand its product line and add 250 new jobs
Photo courtesy of West Virginia Department of Commerce
I

f you still think of coal and gas when you think of West Virginia, then you're not getting the whole story.

In fact, they say, you should be thinking first of West Virginia's rapidly improving business climate.

Since 2005, West Virginia has seen more than $22.5 billion in new business investments, and that number is poised to grow significantly following a series of policy initiatives designed to make the state more business-friendly.

For example, the business franchise tax in West Virginia was reduced on January 1 of this year from 0.20 percent to 0.10 percent, and it will be completely eliminated in 2015. The state's corporate net income tax rate was reduced to 6.5 percent on January 1 - a drop from 7.0 percent.

Meanwhile, West Virginia removed approximately $165 million of business tax burden in FY 2013 and more than $482 million over the past seven years. According to Kiplinger's 2013 State-by-State Guide to Taxes, West Virginia is one of the most taxpayer-friendly states in the nation, imposing a lower burden on its citizens than Virginia, Maryland, Pennsylvania, Ohio and 35 other states.

In a recent wide-ranging conversation with Site Selection, Gov. Tomblin and Commissioner Burdette addressed the state's growing economic competitiveness, as well as its remaining challenges. The following is an excerpt of that interview:

SITE SELECTION: What have been your administration's three most important economic development accomplishments since you took office? 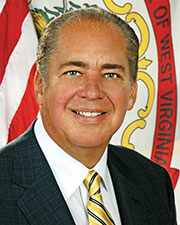 GOV. TOMBLIN: Our first big victory was the Macy's fulfillment center that we landed in Martinsburg. They looked at 150-plus sites around the country. They chose West Virginia for that project. That is now the largest distribution center in their network in the nation.

Secondly, Odebrecht announced that it would build an ethane cracker plant in Wood County. That is a $3-to-$4-billion project. They are in the process now of getting the permits they need.

That project is expected to take four years and create several thousand construction jobs - plus several hundred jobs to operate the cracker. Ethane is the building block for our chemical and plastics plants. They will also build three polyethylene plants.

And thirdly, Carbonex will build a new plant for making an alloy from coal. It will replace the traditional coke used to make steel. It will create 325 permanent jobs.

BURDETTE: This will be the second plant in the country to make a coke substitute. It utilizes a clean coal technology, and it adds almost a non-existent emission. The first site is in Gary, Indiana, under U.S. Steel. This is a very big deal.

Plus, the Odebrecht project is substantial. The downstream network of other manufacturers will be big. Ethylene is a building block for about 90 percent of consumer products made in the U.S. We should be in construction sometime next year.

SS: What are your top three economic development goals for this year?

GOV. TOMBLIN: We want to continue to stress our relationships with our existing businesses. We have had several expansions - Toyota; NKG and others.

We are trying to get our workforce ready for the kind of jobs that are coming. We are working with our community and technical colleges. We continue with our pipeline construction and the shale. We are very busy. 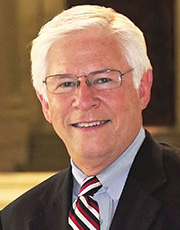 BURDETTE: Every state is working to ensure a viable, effective workforce. The governor personally oversaw the group here to get this done.

He has never missed a meeting. He has chaired every single meeting of this group in our state. It is going to pay some dividends.

SS: How have you improved the business climate of West Virginia?

GOV. TOMBLIN: Several ways - this has been a work in progress. We privatized the workers comp system. It was $3 billion in debt at the time we took office. We went from some of the highest rates in the country to some of the lowest - a 75-percent decline.

We have made our business taxes more competitive. We are now in the 6.5 percent corporate tax range. We are eliminating our business franchise tax. It will be gone next February.

We have taken a conservative approach to it. We have one of the best rainy day funds in the country. We did not have to borrow from the federal government to fund our unemployment program.

SS: What would you like the global brand of West Virginia to be?

GOV. TOMBLIN: We have about 130 international companies that are very successful here. We have an exceptional workforce. We have hardworking people. We want people to know that our workers are ready, trained and available to do the job.

BURDETTE: The distance between a company and the governor is very short here. We tell foreign companies that the distance here is only two or three people. We are structured to be nimble and responsive.

SS: Are any additional tax or regulatory reforms needed to make West Virginia more competitive for business and industry?

GOV. TOMBLIN: We have responsibly reduced the taxes. We continue to look at business taxes in West Virginia. We want to be even more business-friendly. We are to the point now that we are competitive.

BURDETTE: Companies like predictability. They tell us that all the time. We have done it in a fashion that it was not like a yo-yo. We have not raised taxes in over 17 years. The companies have a pretty high confidence level that we will not raise taxes here.

SS: What is your state doing to attract more foreign direct investment?

GOV. TOMBLIN: I have made trips to Japan. They like to see and have a relationship with the people they are investing their money with. We have had a trade office in Japan for 25 years. I am the seventh West Virginia governor to travel there. Keith just had a 10-day mission over there. I led a trade mission to Europe last year. We went to Dusseldorf and attended one of the largest plastics shows in the world. We will open a new Italian company plant here next week. We have seen a lot of expansions.

BURDETTE: We operate trade offices in Japan and Switzerland. Japan and Germany are the two largest countries with FDI in West Virginia. We have 135 foreign-based companies employing about 6,000 people in the state.

SS: How is West Virginia working to support innovation and entrepreneurship?

GOV. TOMBLIN: Our higher education system has a regional technology park. We bring technology companies into that facility. We also have our small business development centers. We are doing a lot in the bio-sciences through West Virginia University.

BURDETTE: 70 percent of all businesses have 20 or fewer employees. We provide more of a coaching structure. We help them expand and overcome hurdles. We provide access to very expensive technical equipment that they otherwise could not afford. Some of that equipment is used by bigger companies. We are trying to identify more ways to be a partner with small businesses to help them find their way in West Virginia.

SS: Are there any lingering misperceptions about West Virginia? If so, what are they and how can they be overcome?

GOV. TOMBLIN: Most people think of coal. Now, it is more coal and gas. As you look around our state, a lot of people are surprised. But we have so many other growing industries. We have automotive components. A West Virginia company makes filters for almost all automobiles in the world from here. Our aerospace companies like Bombardier are expanding. Biotech and biometrics - they are growing.

Natural resources have always played a major role here. We are now getting into value-added wood products.

BURDETTE: We don't make any apologies for being an energy state. We are the second biggest exporter of coal here in the U.S. But that is not all that we are. Every fingerprint taken in the world that the FBI has is analyzed in West Virginia. U.S. Savings Bonds are processed in the state of West Virginia. NOAH has large operation here. West Virginia is an incredibly well-located spot in the U.S.

We have low property costs. Our labor costs are highly competitive. We are a preferred spot for many high-tech operations away from the East Coast - especially after 9/11. For example, the FBI just put in a new biometrics center in Clarksburg.