* maintained previous rank
+ moved up in ranking
- moved down in ranking

he United States maintained its strong showing in the 2014 A.T. Kearney Foreign Direct Investment Confidence Ranking, holding the top position in the index for the second straight year. The US remains the most likely destination for FDI, and 49 percent of survey respondents described their outlook for the US as "significantly more positive than it was two years ago." France, 12th on the index in 2013, is a newcomer to the top 10. Canada made the most impressive gains in investor confidence in the past three years, climbing from the 20th spot in 2012 to No. 4 in 2013 and taking the No. 3 spot in this year's ranking. Brazil, India and Australia each slipped in the rankings but remained in the top 10.

hemical giant BASF is establishing a new financial shared service center in Montevideo, Uruguay, which will provide services to BASF subsidiaries and affiliates throughout North, Central and South America. The shared service center for the Americas is built on a model already implemented by the company in Europe and for its Asia Pacific companies. Montevideo was selected thanks to the country’s stable economy and educated, multilingual workforce. The center expects to employ more than 300 personnel and will be fully operational by 2016. he US Overseas Private Investment Corporation (OPIC) and the Multilateral Investment Guarantee Agency (MIGA) is creating a $350-million political risk facility to support the investments of the Silverlands Fund, a private equity fund focused on agribusiness in several sub-Saharan African countries, particularly those in Southern and East Africa. OPIC will provide the political risk coverage while MIGA will absorb 60 percent of the risk of each investment. The facilities are expected to increase private equity investments in emerging/frontier markets by mitigating risks from political violence, fraud and currency issues. Over the next decade, the Silverlands Fund plans to help 500,000 small-scale farmers increase yields by more than 1 million tons per year by investing across the value chain in a variety of agricultural sectors, from fruit and grains to poultry and livestock. It will adopt a “hub-growers” model which brings small farmers into cooperation with the Fund’s commercial agribusiness, and will provide education, technical assistance and compensation for their harvest.

anelists at the World Economic Forum on Africa in May offered a number of conclusions to promote sustainable economic development on the continent, especially with regard to job creation. While Africa is rife with job opportunities in agribusiness, healthcare and infrastructure, much still needs to be done in order to prepare the future workforce, estimated to be 120 million people in the next 10 years. "We need more vocational training," said Dominic Barton, global managing director of McKinsey & Company, UK and co-chair of WEF on Africa. "We need welders, plumbers and nurses. We need education for employment." 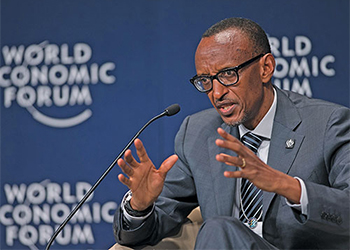 John Rice, vice-chairman of GE, Hong Kong SAR and co-chair of the WEF on Africa, linked infrastructure to jobs, stating, "It starts with electricity, healthcare and clean water. Without this, you don't have the human capital you need to develop jobs."

President Paul Kagame of Rwanda said his country has flourished because of investments in such things as universal health care, education and vocational/technical training. "Policies to encourage inclusive growth and create jobs must be driven by political will," he says.

Nigeria's Transformation Agenda, a plan to modernize and diversify the Nigerian economy, focuses on several key sectors wincluding agriculture, manufacturing, construction and the services sector. President Goodluck Ebele Jonathan of Nigeria says his country and others are encouraging business growth through opportunities for capital allowance, zero duty and value-added tax on machinery, and tax holidays.

Covering the World, Brick by Brick LEGO is building a new production facility in Jiaxing, China. But not with Legos.
A

s a result of the rapidly growing LEGO market in China - sales increased by more than 50 percent in 2013 - the Danish-owned company broke ground on a new production facility in Jiaxing, China. The factory expects to be fully operational with 1,500 employees by 2017. The LEGO Group also opened an office in Shanghai, which will handle marketing, HR, IT, facilities, finance, and operations, as well as consumer interface and research. The Shanghai office has 80 employees with plans to more than double that number by 2015.