Hopes Are High, But Do Opportunity Zones Really Deliver? 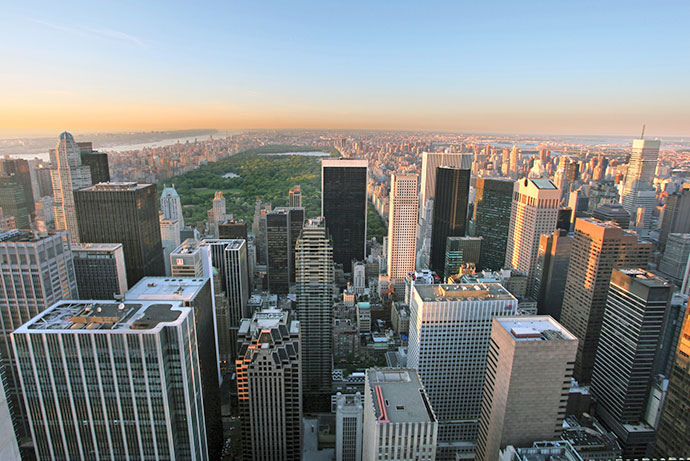 STARTUP-NY is a tax-free-zone program recently adopted by the State of New York to bolster economic development.
by AMBER STRANG & JOHN VAUGHT
W

hile opportunity zones have been around for decades, in recent years, there has been a proliferation of these special designated areas throughout the U.S., with nearly every state, city and local municipality looking for creative ways to spur development, attract businesses and ultimately add jobs to their communities. What began as a set of programs aimed at stimulating economic activity in blighted regions has evolved into a highly saturated, fiercely competitive environment with sophisticated programs aimed at accomplishing a wide variety of objectives.

U.S. states began enacting a variety of enterprise zones in the early 1980s, and in 1993, the federal government adopted its own zone program. By 1986, an estimated 1,400 enterprise zones existed in 21 states. Today, almost every state has programs in place complete with aggressive marketing and national outreach. Earlier this year, President Obama's Promise Zone Initiative received a great deal of attention when the first five "Promise Zones" were named. Located in San Antonio, Philadelphia, Los Angeles, Southeastern Kentucky and the Choctaw Nation of Oklahoma, each area was selected based on a plan it put forward describing how it will partner with local business and community leaders to make investments that reward hard work and expand opportunity. In turn, these chosen zones will be supported by the federal government as they work to achieve their goals. The government's plan is to announce an additional 15 Promise Zones over the next three years, which means that competition for business will continue to intensify.

As a result of the huge emphasis placed on opportunity zones, companies looking to relocate or expand significant business operations have come to expect substantial tax benefits, reduced fees, credits and other inducements from any real estate move. In some cases, they've been willing to base their location selection decisions principally on the packages offered to them and at times these organizations may be ignoring other important issues in a site selection process. Smart businesses should exercise caution on both fronts.

While companies from all types of industries can benefit from what opportunity zones bring to the table, the benefits vary based on the size and composition of the organization. There is a reason why large manufacturers are often featured in stories touting the success of opportunity zones. Understandably, federal, state and local municipalities tend to offer the largest "opportunities" to the employers who are promising the largest increase in jobs. For example, when Transwestern worked with Hyundai Mobis on a project to optimize its service parts supply chain for Hyundai and Kia to Central and South America, we designed an approach that allowed us to properly evaluate the factors that were important to Hyundai and developed methodologies to properly triage just how important each factor would be to the decision. With this information in hand, we were equipped to engage in a national site search of major seaport markets and evaluate all critical factors, such as transportation, labor and real estate costs, as well as factors that were less quantifiable, including flight schedules, ease of cultural transition for expatriates, school options, etc. No doubt, incentives were an important factor and the selected city and state did offer an attractive package (which helped offset other higher expenses resulting from locating there), but the package was not the driver in choosing Miami as the right location for the project.

Of course, not every company is the size of Hyundai Mobis, but real estate decision makers in smaller organizations should not feel as though they have to remain on the sidelines. A creative, disciplined approach when exploring options in various opportunity zones can yield very positive results. Begin with a clear understanding of what each zone is attempting to achieve. Some states and municipalities are intently focused on attracting R&D in industries such as biotech and pharmaceuticals and will extend the largest tax rebates to firms making investments in these areas. Certain regions are most interested in attracting foreign direct investment. Other areas are keen to draw in companies exhibiting a firm commitment to sustainable building practices. The city of Milwaukee, for example, has created a water technology cluster, repurposing a former seven-story warehouse into the Global Water Center and turning a former railyard into a business park hub for like-minded water tech companies. Ideally, the objectives behind an opportunity zone are consistent with the goals of the organization and they can work together to advance common goals.

New York's START-UP NY initiative, introduced last year, is another good example of an opportunity zone with a targeted objective. This program is attempting to transform SUNY campuses and university communities across the state into tax-free areas that attract start-ups, venture capital and established U.S. and international businesses. Lured by the opportunity to operate completely tax-free - including no income tax for employees as well as no sales, property or business tax - companies are encouraged to partner and support the academic missions of the education institutions in the region, which is very much in line with many companies' desire to give back to their communities and foster a new generation of business leaders.

Opportunity zones do not last forever; therefore, it is imperative to look beyond tax rebates for other quantifiable benefits. Research shows that this tends to be the biggest payoff for companies over the long term. Infrastructure improvements or brownfield cleanup, for example, can deliver significant cost savings to the organization. In addition to the potential for attractive packages, a willingness to locate in an economically distressed area also can contribute to the social good by bringing opportunities to underserved regions. The Liberty City Community Revitalization Trust in Miami is currently working to communicate this type of multi-pronged message, emphasizing both the financial and social value of locating business operations in this area.

Opportunity zones do not last forever; therefore, it is imperative to look beyond tax rebates for other quantifiable benefits.

No matter what opportunity zones may offer, companies should not lose sight of the other very critical elements of effective site selection, including availability and affordability of a quality workforce, proximity to suppliers and customers, material and energy costs, and other factors. The goal is to stay in control of the evaluation process while creating a competitive environment that encourages state and local officials to think beyond standard offerings for ways to add unexpected value for the organization. Getting caught up in a game of endlessly comparing incentives packages will not produce the best results. The most effective site selection projects are tackled holistically, and opportunity zones are one of many avenues to explore.

There is ongoing debate about whether or not opportunity zones deliver on what they set out to do. Some argue not to the extent intended because, oftentimes, zones do not attract the types of companies originally targeted or - even worse - simply shift corporate occupiers from one market to another rather than create net new jobs. Zones set up to serve as post-disaster recovery tools, such as the Gulf Opportunity Zone established after Hurricanes Katrina and Rita, have been criticized for not fully taking into account the challenges facing an area resulting in minimal success. And sometimes, it's a pure numbers game - so many zones are set up within a state they tend to dilute the message and the outcome.

But without the creation of opportunity zones the economic landscape in the U.S. might look very different today. States like Pennsylvania, a forerunner when it established Keystone Opportunity Zones 15 years ago, would not be reaping the economic rewards of this program. States such as Florida and Texas proactively work to create business-friendly environments, and they have enjoyed the benefits of expanding economies. Many are watching to see how Obama's Promise Zone initiative plays out and what, if any, impact it has on other areas of the country, as it is too early to gauge the results of the program. However, if history is any indication, those companies in a position to guarantee a large increase in jobs will drive the greatest results.

Regardless of perceived or proven efficacy, opportunity zones have turned real estate site selection into a much more complex activity by introducing new factors into the decision-making process. They've also drawn attention to issues that had rarely been addressed in real estate discussions, such as corporate social responsibility. It is a study that involves a wide mix of players and a lot of moving parts. But for many companies in need of an economic boost to move their organizations forward, opportunity zones have delivered just that: they have enabled businesses to expand and grow in areas where the opportunity, in the truest sense of the word, did not previously exist.

Amber Strang is the executive managing director of tenant advisory services (TAS) for Transwestern. She oversees the firm's national TAS platform and leads a growing team of talented professionals to aggressively pursue and secure multi-market business. Amber executes innovative strategies and develops best practices for the national platform to enhance the level of service Transwestern provides its expanding occupier client base. In addition to spearheading the service line, she serves on Transwestern's Board of Directors and Executive Committee.

John Vaught is a senior vice president of the firm's industrial tenant advisory practice Transwestern's Miami office. Focusing on providing supply chain management and logistics solutions to companies with requirements in South Florida, the Southeastern U.S., and Puerto Rico, Vaught is an industry veteran and recognized expert when it comes to maximizing efficiencies of distribution channels and real estate facilities.