Snapshots from an industry in transition

In July 2013, the Pharmaceutical Research and Manufacturers of America (PhRMA) published with Battelle’s Technology Partnership Practice a report estimating the size and structure of the US biopharmaceutical industry and its total economic impacts on the US economy. Key findings included:

“Site Selection for Life Sciences Companies,” a report released in September 2013 by business intelligence firm Venture Valuation and KPMG, uses an agglomeration of other reports and proprietary data to analyze key decision factors relevant to the leading life sciences clusters in France, Germany, Ireland, the Netherlands, Switzerland and the UK. Switzerland was shown to have the most such clusters (pictured) among the six countries. Among other findings, Germany has the highest number of medical device companies and the largest life sciences work force in absolute numbers. It also ranks first in work-force productivity. Ireland and France offer the lowest salaries among the six countries. The UK has the highest number of products in development, and also led all six nations in life sciences financings in 2012 with US$645 million. (The six selected countries account for more than 70 percent of European life science financings.)

Patrik Frei, CEO of Venture Valuation, says the UK’s leadership in financings stems in part from London’s strong financial services and venture capital platform. Asked if the clusters tend to have a strong university scene nearby, he says, “Universities and availability of skilled students is essential. In the UK you have Oxford and Cambridge, in Switzerland, ETH/EPFL. This certainly has an impact on the cluster.” 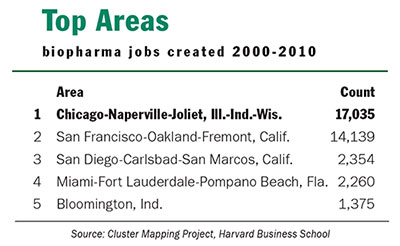 Among other facts uncovered by the report, Ireland and Switzerland offer particularly favorable tax environments for life sciences companies for all types of activities, but the UK and the Netherlands appear to be closing the gap through the introduction of tax incentives on income from innovation-related activities.

For a nation where 90 percent of drugs are generics and the generic market is expected to reach $81 billion by next year, there is plenty of big-brand biopharma investment taking place in China.

Merck in November 2013 announced an €80-million (US$108.3-million) investment in a new pharmaceutical manufacturing facility to be located in the Nantong Economical Technological Development Area (NETDA) in the Greater Shanghai region. It will be Merck Serono’s second largest pharmaceutical manufacturing site in the world. Merck has been present in the country for 80 years. 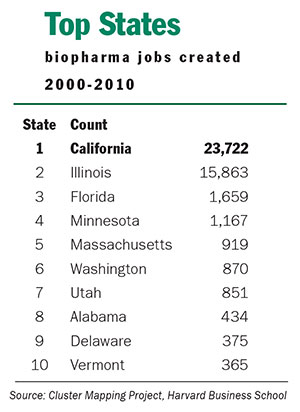 “We are proud to be one of the first multinational companies investing in a local site focused on the manufacturing of medicines referenced in China’s essential drug list,” said Belén Garijo, president and CEO of Merck Serono, the biopharmaceutical division of Merck, “and serve the country’s expanding health-care needs in the areas of diabetes, cardiovascular diseases and thyroid disorders, by bringing high-quality medicines made in China to a broader population, in full alignment with the Chinese government’s goal to increase access to quality products.”

Located in NETDA’s BioSpark, a high-tech industrial park designed to accommodate all aspects of the life science industry, the new 40,000-sq.-m. (430,570-sq.-ft.) facility will be constructed with the potential in mind for expansion by another 20,000 sq. m. (215, 285 sq. ft.). Construction is scheduled to begin this year and end in 2016, with commercial production starting up in 2017. Jones Lang LaSalle’s Industrial team provided site selection consultancy, government communication and transaction assistance services to Merck KGaA.

Over the past five years, investments for the Merck Serono division have included a research center in Beijing; enhanced clinical development involving more than 400 key clinical study sites and more than 10,000 patients across China; and increasing collaborations with leading academic and medical institutions, as well as local companies. Recent investments for other divisions of the Merck group include the Merck Millipore Biopharmaceutical Technical and Training Centre in Shanghai. 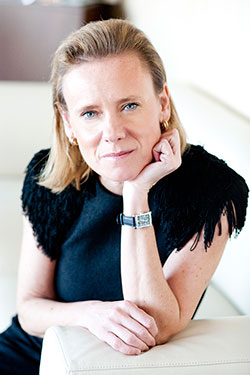 In April, the separate company Merck & Co., known outside the US as Merck Sharp and Dohme (MSD), opened a $120-million, 75,000-sq.-m. (807,320-sq.-ft.) manufacturing complex in Hangzhou, China, in the Hangzhou Economic and Technology Area. The facility will package Merck medicines for China and the Asia Pacific region.

MSD, which built its first China plant in Hangzhou in 1994, also has an R&D Center in Beijing, three manufacturing facilities throughout the country and a marketing and sales organization headquartered in Shanghai, and employs more than 5,000 employees in China. In 2011, MSD established its Asia R&D headquarters in Beijing and committed to invest more than US$1.5 billion in R&D in China over the next five years.

View from the Top

At the SelectUSA Investment Summit in Washington, D.C., in fall 2013, a panel discussion on partnering with US universities featured Anne Whitaker, president, pharmaceuticals, for Sanofi North America. She said her industry is transforming at the same time higher education is.

“We traditionally have been a company that discovers, develops and distributes biopharma products,” said Whitaker, who spent nearly 20 years at GlaxoSmithKline before being appointed to her position at Sanofi in 2011. “But over the past five years, we’ve changed our innovation model. Disease is changing so rapidly, the human genome is being mapped, and there is so much more to understand, we can’t do it all ourselves. So we’ve transformed our R&D organization to be one that partners about 50 percent of our activity. 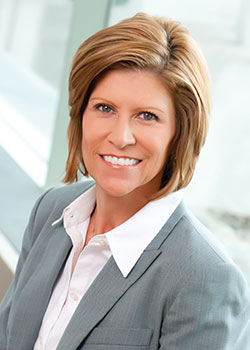 “What’s important with those partnerships,” she said, is that “in addition to benefiting Sanofi, we want to be part of the health-care ecosystem. In addition, as we think about which communities we’ll go into, is the infrastructure — is government supportive? Is there an environment that will reward innovation? Is there a legal system that will protect patents?”

That last metric, she said, “is absolutely critical to what we do. Without good patent protection, it would reduce the amount of innovation we do. We invest $6 billion in R&D, and it would not be possible without good patent coverage.” The stability of US patent laws — 20 years’ exclusivity for pharmaceuticals and 12 for biologics — helps. At the same time, Whitaker noted, it’s good that universities have allowed their researchers to be inventors, and retain some of their IP. It’s “another creative way to keep your best minds in the university,” she said. Schools, meanwhile, are just as eager to partner with the company, given its 2010 global R&D investment of nearly $6 billion, backing global sales nearly seven times that figure.

“There are a lot of great young minds in the university we would like to access,” said Whitaker.

When a part of a multinational in one country transfers (i.e. sells) goods, services or know-how to another part in another country, the price charged for these goods or services is called the transfer price. The following is excerpted from analysis by Warren Novis, Molly Minnear and Rowena Ashan at KPMG. —Ed.

The “patent cliff” is the near simultaneous expiration of patent protection for a large number of blockbuster drugs. The patents for at least half of the top 10 branded pharmaceutical products (based on 2011 sales) will expire by 2015. Rapid generic entry is expected for a number of these products, and generic alternatives will likely erode a majority of sales for these products.

In a typical example, the intellectual property related to the drug is owned by R&D Co., which licenses the right to make, use and sell to Production Co. for an arm’s length royalty on net sales. Production Co. sells the finished product EvaluatePharma estimated that the branded pharmaceutical industry lost US$33 billion in revenues in 2012 alone, with a further US$223 billion in sales at risk between 2013 and 2018, due to patent expirations.to related affiliates that detail and distribute the product on a limited-risk basis and earn a margin on net sales. Any losses associated with product launches or other major commercial risks are pushed back to Production Co. Since R&D Co. and Production Co. together bear the commercial risks related to the development and manufacture of the drug, they are generally entitled to the lion’s share of the profit.

Entrepreneurial entities in pharmaceuticals, i.e. Production Co.’s, are occasionally located in jurisdictions like Ireland, Puerto Rico and Singapore. When patent expiration reduces total system profits for a vertically integrated business, it can become tax-inefficient for entrepreneurial entities to subsidize profits in the R&D and Distribution Affiliates. Research shows that several pharma giants have been to a great extent reliant on certain blockbuster drugs recently fallen from or soon to fall off the Patent Cliff. If these pharma giants employ the above supply chain for their blockbuster drugs, they will have to evaluate whether their Irish, Puerto Rican or Singaporean structures are leaking income and, if so, what will be the cost to relocate functions currently performed in those jurisdictions.