An abundance of aviation projects and state commitment to
supporting them have Florida’s aerospace sector flying high. 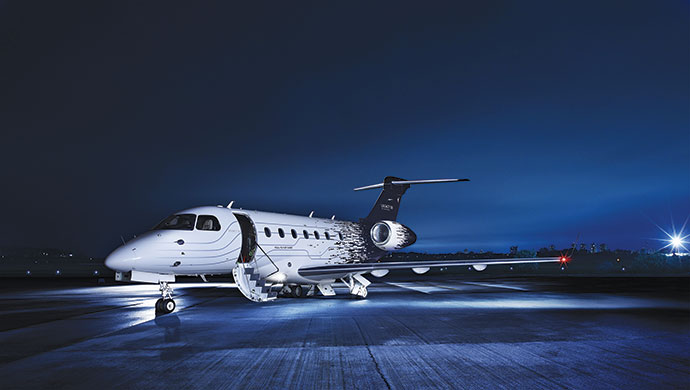 iting a highly skilled workforce, the cost of doing business and the number of aerospace companies already located in the state, a report released in December 2013 by PricewaterhouseCoopers proclaimed Florida number one in aviation manufacturing attractiveness. Great news to be sure, but as Gray Swoope, Florida’s secretary of commerce and president and CEO of Enterprise Florida, says, “That report came as no surprise to the folks already doing business here. Those guys are expanding.”

Governor Rick Scott has no intention of allowing anything, including infrastructure needs, to slow it down. For proof, look no further than the governor’s latest transportation budget proposal. “We have historic funding going toward airports,” Scott says. “We’re investing $325 million in aviation improvements across the state.”

Among the major airport projects in the governor’s proposal:

“There are 19 commercial airports in Florida and an additional 22 airports throughout the state with a runway of 10,000 feet or more,” says Swoope. “We know we have great assets that need to be improved upon to leverage our position in aerospace/aviation.”

In addition to shoring up the physical structures of airports, the investments will go a long way toward assisting job growth on the various properties. They’ll also facilitate Florida’s booming tourism industry, which enjoyed a record year in 2013. When you’re Florida, that’s saying something: Preliminary estimates released by the state in February stated that 94.7 million visitors traveled to Florida in 2013, a 3.5-percent increase over 2012. 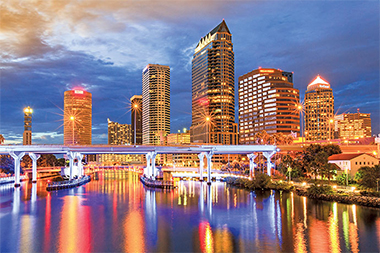 In the same week that the Tampa Bay Buccaneers unveiled their new logo to much fanfare, community leaders in Tampa were celebrating an announcement of even greater significance.

The Atlanta-based Industrial Asset Management Council’s board of directors voted unanimously to award the spring 2017 IAMC Professional Forum to Tampa. The momentous site selection decision means that about 500 high-ranking executives will descend upon Hillsborough County for five days of meaningful discussions focused on corporate real estate and economic development.

“All of the great things that are happening in and around Tampa are giving us great momentum right now,” says Jennifer Mikosky, communications director for the Tampa-Hillsborough Economic Development Corp. “There has been a resurgence of activity in development in downtown Tampa. We have seen the development of the Riverwalk and Curtis Hixon Park. We have launched a new mixed-use district in Channelside. A lot of commercial growth is taking place there now.”

With recent major job announcements from Amazon, Covidien, Bristol-Myers Squibb, USAA, and the Depository Trust & Clearing Corp., Tampa is on a roll. Amazon led all corporate investors in 2013 with a $204-million project, while USAA pumped $164 million into a facility investment.

Projects like these propelled Tampa to become the fastest-growing economy in Florida and 16th fastest-growing in the U.S. last year. Tampa has also led Florida in job gains in nine of the last 10 months.

“There is no one community in America where all of the different technologies and big data are coming together into one economic eco-system,” Mikosky says. “That is what we are trying to do here in Tampa.”

More than 58 million of those came to Orlando. The state also has announced it will invest $213.5 million over the next several years to provide for the design and construction of the South Airport People Mover Complex and an Intermodal Transit Facility within Orlando International Airport. The project will increase transit capacity and assist future airport development. Approximately 1,900 jobs will be generated during construction, with 380 jobs projected once the facility is operational.

A Busy Year on the Space Coast

While aerospace/aviation sectors are growing throughout the state, Florida’s Space Coast has grabbed headlines. In September 2013, Northrop Grumman dedicated its Manned Aircraft Design Center of Excellence in Melbourne. The company already employs 1,200 people there. The designation of the site as a center of excellence will create 1,000 additional jobs over the next four years.

Greg Weiner, senior director of business development for the Economic Development Commission of Florida’s Space Coast, says Northrop Grumman’s decision to locate the center of excellence in Melbourne was far from a sure thing despite the company’s longstanding presence in the state. Several factors tipped the scales in their favor.

“The difference is that we have a tremendously successful partnership with the state that makes these things click,” he says. “It’s a very important tripod of factors: workforce, operating cost structure and state and local resources that can meet the needs of the project on a financial basis. If you don’t have all three, you don’t win the way we win.”

Brazilian aerospace company Embraer began building Phenom 100 and 300 aircraft at the company’s Melbourne facility in 2012. But 2013 turned into a banner year for Embraer in Florida. In March, the company opened a 40,000-sq.-ft. (3,716-sq.-m.) hangar at Jacksonville International Airport where Embraer will assemble the A-29 Super Tucano for the U.S. Air Force Light Air Support (LAS) program. Embraer expects to hire 50 employees to provide pre-equipping, mechanical assembly, structural assembly, systems installation and flight testing of the Super Tucanos.

In October, Embraer announced plans to open another aircraft assembly plant and associated facilities at Melbourne International Airport for its twin-engine Legacy 500 and 450 executive jets. The project added 250,000 sq. ft. (23,225 sq. m.) to local Embraer operations and created 600 jobs. The company is also opening an Engineering and Technology Center in the second half of 2014 that will eventually employ about 200 engineers.

Gary Spulak, president of Embraer Aircraft Holding Inc., says several factors led Embraer to select Florida, and the Melbourne site in particular, for the expansion. “Some of the more significant ones include skilled workforce availability, greenfield development areas at the airport, a pro-business climate present in the state and in the local community, and in this case a favorable environment to support customer and industrial activities and operations,” he says. “Brevard County and the City of Melbourne received high marks in these categories.”

Spulak says an important project objective is to establish a true long-term partnership with the state and local communities. “Enterprise Florida, the Economic Development Commission of Florida’s Space Coast, Space Florida, the Melbourne International Airport, the City of Melbourne and Workforce Florida, as well as others, have worked very hard, and very effectively, to support our projects,” he says. “In return we have, so far, met or exceeded what was expected of us in terms of job creation and investments. Ultimately, and most importantly, our customers have commented very positively about our choice and are enjoying their visits to our facilities.”

The Space Coast has scored several other aerospace projects, including North American Surveillance Systems (NASS), which will expand and consolidate its fixed and rotary-wing aircraft modification business at Titusville’s Space Coast Regional Airport. The company will create 20 jobs over the next three years and is spending $1.3 million on land acquisition and another $380,000 for construction and equipment for manufacturing, research and design and office operations.

NASS looked at sites in North Carolina, Kentucky and Georgia before selecting Brevard County. NASS President Richard McCourt said, “The excellent Titusville business community support and incentives, coupled with the availability of a skilled workforce, made this an easy strategic decision for NASS.”

Getting the project to land in Florida was a 16-month, team effort that included partners on the state and local levels. The announcement is a substantive statement of KSC’s commercial viability and the strength of Florida’s workforce, which was ranked first in the nation in the PricewaterhouseCoopers index.

One of the biggest challenges facing the aviation/aerospace sector is the looming “retirement cliff” for aviation employees. According to an Aviation Week workforce study done in 2012, over 20 percent of aviation and defense workers will be eligible for retirement in 2016. The drain of industry workers comes at a time when fewer young people are choosing aviation careers. 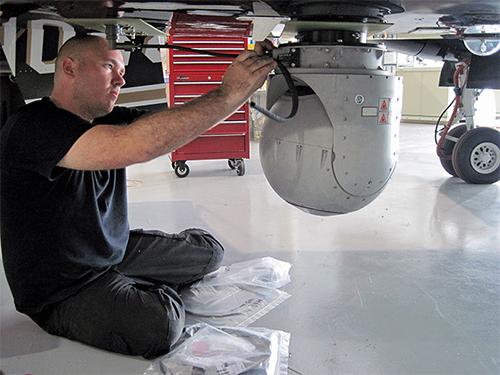 In his 2014 budget, Governor Scott is focusing attention on the importance of science, technology, engineering and mathematics (STEM) education at an early age in order to stimulate interest in STEM-related careers.

“In the K-12 level we have proposed historic funding, $18.84 billion, the highest funding ever in the history of the state,” says Scott. “As part of that funding our teachers are paid based on certificates tied to STEM.” He also proposed $30 million of workforce funding for STEM initiatives; many of those jobs are aviation jobs.

The State University System of Florida is well known for turning out exceptional graduates in STEM fields, and is also home to two highly regarded private universities: Embry-Riddle Aeronautical University in Daytona Beach, and Melbourne-based Florida Institute of Technology, which operates a College of Aeronautics. Marshall Crider, the newly selected university system chancellor and former president of AT&T Florida, is looking at ways to strengthen ties between academia and business enterprise.

“Marshall and I have been having conversations about how we broker the best of universities to help and support aerospace/aviation and other sectors that are high wage and high skills,” says Swoope. “One of his goals is to coordinate the resources of higher education so that it’s focused on growth industries like aviation.”

Governor Scott plays to the state’s workforce strength in his economic development pitch to aviation companies looking to locate in Florida. “As I talk to companies I tell them our state college system is very focused on solving their workforce needs,” he says. “Our universities have an economic incentive to make sure we have graduates where aviation will need a workforce.”