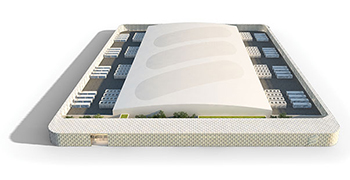 orty percent of the world’s mobile traffic goes through the networks of Sweden-based telecommunications and network company Ericsson, and the company supports customers’ networks servicing more than 2.5 billion subscriptions. So its placement of global information and communications technology (ICT) centers may be meaningful for companies and communities well beyond its own 110,000 employees. 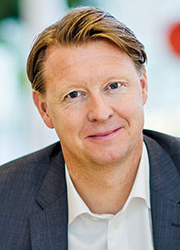 Ericsson’s new global ICT centers (rendering above) will be located in Vaudreuil-Dorion, Quebec, Canada, and in the Swedish cities of Linköping and Stockholm. Québec Premier Pauline Marois said, “Vaudreuil-Dorion was competing with cities in Sweden, China, India and Ontario,” and that Ericsson President and CEO Hans Vestberg (pictured) settled on Québec after a meeting held at the World Economic Forum in Davos in 2013.

Ericsson last summer chose three locations for new global centers — two in Sweden and one in Québec — following on other Ericsson facility investments Site Selection has tracked over the past five years in such locations as Spain, Ireland, Estonia, Mexico, New Zealand and Texas. Total investment in the three centers will come to more than US$1 billion.

At the June 2013 announcement for the new 40,000-sq.-m. (430,570-sq.-ft.) center in Greater Montréal, Québec Premier Pauline Marois said, “Vaudreuil-Dorion was competing with cities in Sweden, China, India and Ontario. Ericsson President and CEO Hans Vestberg finally settled on Québec after a meeting held at the World Economic Forum in Davos last winter.” The company has been in Canada for 60 years, and maintains hubs in both Montreal and Ottawa.

Ericsson’s other two global ICT investments will be in Stockholm and Linköping, Sweden. All three facilities will be near Ericsson’s main R&D hubs — evidence that, even in a connected world, proximity and familiarity matter. The two ICT Centers in Sweden will begin initial operations during 2013-2014, and the North American ICT Center in early 2015.

Ericsson has more than 3,100 employees in Canada and works closely with more than 15 of the country’s top universities and colleges to provide funding for R&D projects while granting students and researchers opportunities to gain hands-on experience in Ericsson’s facilities. In 2012, Ericsson invested more than $325 million in R&D in Canada and is one of the top 10 R&D investors in the country.

In Canada, Ericsson will be eligible for Hydro-Québec’s Rate L — an attractive rate for large customers — and may qualify for a 10-year tax holiday announced in the province’s budget speech for investment projects of $300 million or more. The project also was awarded $10 million in non-refundable assistance from the province. The project will create 60 new engineering positions and consolidate 200 R&D jobs in addition to generating investments of over $1 billion on three years.

“High hydropower availability is undoubtedly one of Québec’s major assets, making the province an excellent base for this project,” said Nicolas Marceau, Québec’s Minister of Finance and the Economy. “This wealth of renewable energy combined with the expertise of our ICT workers will help build a competitive cloud computing sector in Québec, while contributing to sustainable development.”

The new centers will encompass the company’s entire portfolio of services, and enable Ericsson’s R&D unit to test new mobile phone services and lay the foundation for the next generation of technological and cloud computing services. The company spent the equivalent of more than $5 billion (14 percent of sales) on R&D in its most recently completed fiscal year. Ericsson has its biggest R&D hub located in Sweden with more than 9,000 of the company’s 110,000 employees globally. Its other larger R&D sites are in China, the US, Hungary and Canada. 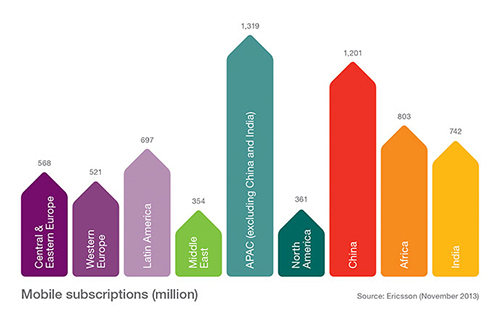 Ericsson press releases state that the centers “will have a leading-edge design, built in a modular and scalable way, securing an efficient use of resources and space adaptable to the business needs. Ericsson estimates that the combination of architecture, design and locations will reduce energy consumption up to 40 percent.” A separate new hardware design building in Stockholm “will provide similar benefits as the global ICT Centers in use of equipment and energy savings,” says Ericsson, and “will enable R&D hardware design activities in Stockholm to consolidate into one modern creative environment.”

In November 2013, Ericsson’s research division released the Networked Society City Index Report, which looks at how cities benefit from ICT in order to achieve sustainable progress. The report examined 31 cities, and ranks Stockholm, London and Singapore as the top three, “all showing high ICT maturity and good triple bottom line performance” (people, planet and profit). The company hopes to spread the study base from 31 cities to the 450 cities of the world that host populations of one million or more.

Rankings from IBM Global Business Services and Site Selection’s recently published World’s Most Competitive Cities report included analysis of the best locations among 100 global cities for a typical software development center that would have 156 staff members and occupy 3,120 sq. m. (33,585 sq. ft.) of space in an office building.

“A small cluster of cities — Taipei, Birmingham [UK], Manchester and Barcelona — stand out with a combination of high quality and competitive costs,” said the report. “Taipei has a particularly compelling proposition of talent availability, sector presence and competitive costs …

“For less cost sensitive investors seeking high quality environments, London and New York top the quality ranking, followed by San Francisco and Paris,” the report stated. “All these cities are well established global hubs for ICT in general, and the software industry in particular. However, with the exception of London, they are all among the highest cost locations included in the analysis.”

Several cities in India proved to be the most cost competitive, but involve more risks associated with infrastructure, regulations and the general business environment.

“Of all the regions, Europe offers the widest range of location options to companies, from the top quality locations London and Paris to very cost attractive options in Southeast Europe, such as Sofia and Bucharest,” said the report. “In between, a number of Central European cities are emerging as key contenders for investment in the software development segment, with Budapest, Prague and Warsaw all offering a competitive talent base and relatively low cost in a regional context.”