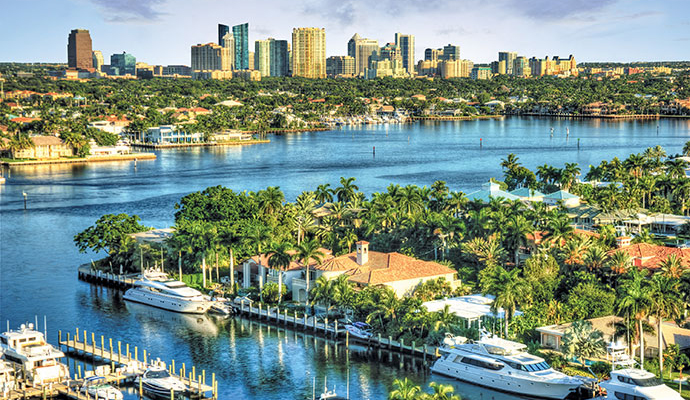 With that succinct assessment, Duff & Phelps executive Greg Burkart explained why 12 corporate headquarters have either expanded or moved to Broward County since 2011.

Companies like Emerson Latin America, Nyrstar and Anthem Education have banked their future success in the Americas on the workforce and business climate of Greater Fort Lauderdale.

“Those are the factors that we look at when we are advising companies where to locate their operations,” Burkart says. “The business and tax climate in Florida is one of the best. The Tax Foundation ranks Florida number five in the nation. That’s a lot better than many of the Southeast states that Florida competes against for jobs and industry.”

The third pivotal factor, he notes, is the workforce. It is both highly skilled and affordable, he says. “For people with graduate degrees, you will pay about $68,000 a year in South Florida, but you will pay $70,000 a year for that same employee in Atlanta. If you multiply that by several hundred workers, that adds up to a lot of cash on an annual basis, especially when you factor in benefits too.”

Someone who understands all of these location factors quite well is Leonardo Rodriguez, president of Latin America process management for Emerson, a $25-billion global manufacturer and technology company. The firm last year expanded its Latin American headquarters in the Sawgrass International Corporate Park in Sunrise, a booming Fort Lauderdale suburb in western Broward County.

Emerson initially moved to Broward in 2011 after considering headquarters locations in St. Louis, Dallas, Houston, Panama, São Paulo and Mexico City, says Rodriguez. “We narrowed our short list to Houston and South Florida. We decided to choose Greater Fort Lauderdale, and it had nothing to do with incentives,” he says. “We needed talent, and we found tremendous talent right here in Broward County.” 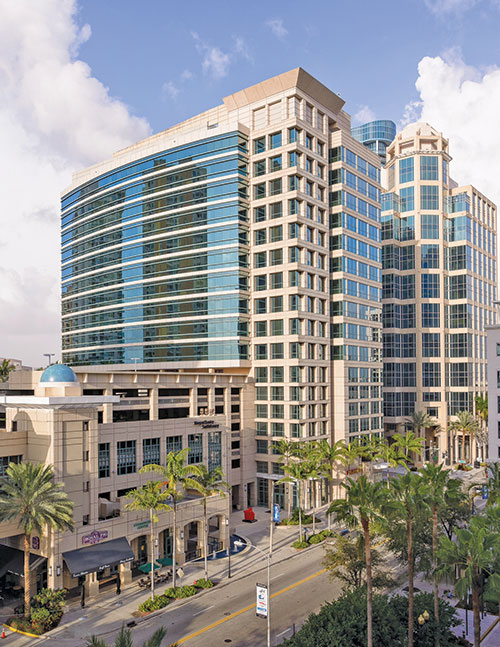 350 East Las Olas was chosen by Nyrstar for its Americas Headquarters for mining.
Photo courtesy of ComReal Fort Lauderdale

Rodriguez says Emerson looked at other corporate entities already based in Greater Fort Lauderdale, as well as the competitive logistics network in the area. “With the Fort Lauderdale Airport here, we can quickly access all of our US-based production divisions,” he notes. “We fly a lot. We have to respond to customers in 24 hours or less. We can go to any Latin American city direct; plus, there are 14 flights a day to São Paulo from nearby Miami International Airport. We don’t have to take connecting flights, and that saves us a lot of time and money.”

Time and money were also on the minds of executives at Nyrstar, an international mining and smelting company headquartered in Zurich. Known as Project Metal, the site selection process culminated last year with Nyrstar choosing Fort Lauderdale for its Americas headquarters. Nyrstar announced it would create 25 jobs paying an average annual wage of $143,000 — a record amount for a CEO Council project in Broward.

Frank Cappadoro, deputy general manager for Nyrstar, says the company is on track to move into its new permanent home at 350 Las Olas in downtown Fort Lauderdale in March.

“We are the largest refined zinc producer in the world, and we are the first major mining company to set up shop in South Florida,” says Cappadoro. “We are hopeful that other mining companies will also choose to locate here.”

The mining segment of the company was headquartered in Vancouver, British Columbia, before moving to Broward. “We have two mines in Canada, six in Tennessee, and others in Chile, Peru and Mexico,” he adds.

Cappadoro says Nyrstar likes the direct access that the three South Florida airports give the company to its operations in Canada, the US, Chile, Peru and Mexico. “To travel from Vancouver to our mine in Patagonia — a three-hour flight south of Santiago, Chile — it would take almost a full 40 hours to get there,” he says. “From Miami, we can make the trip in only 15 hours, even with a layover.”

Cappadoro says Fort Lauderdale “has availability of medium-range housing options, less traffic than Miami, and a great school system. Our employees can target where to live based on access to certain schools.”

Local economic development support helped seal the deal, he adds. “Robin Ronne and his team at the Greater Fort Lauderdale Alliance CEO Council did a great job in fast-tracking the process,” says Cappadoro. “It was totally seamless. The City of Fort Lauderdale helped us with the construction permits that we needed in order to build our space. We received a concierge service and our permits were done in less than two weeks. When it came time to come up to bat, the CEO Council delivered.”

Emerson and Nyrstar were joined by a parade of headquarters relocations and expansions in Broward last year, including Anthem Education, Parallon, Prolexic Technologies and Camposol Holdings PLC.

Burkart says that Anthem’s experience is not unusual. “We looked at Florida before Gov. Scott got there,” he says. “Candidly, about one out of 20 projects would ask about Florida and we would try to talk them out of it. Now, we try to talk them into moving there.”