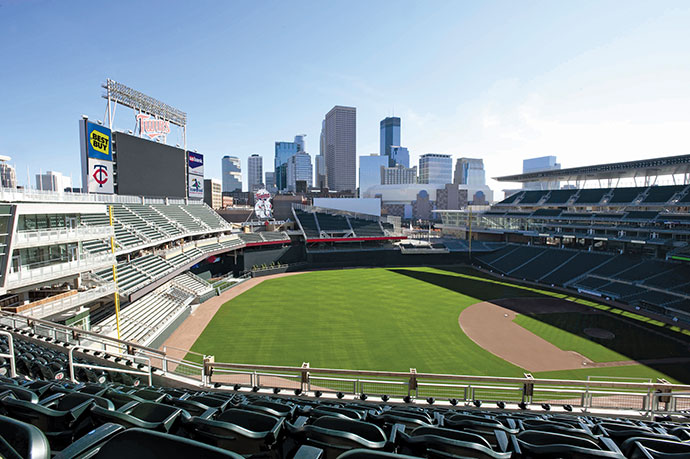 The Minneapolis skyline from the upper deck of Target Field, home of the Minnesota Twins.
Photo by Wayne Kryduba /Courtesy of Meet Minneapolis

n 2013 Minnesota Governor Mark Dayton and the state legislature demonstrated a financial commitment to future economic development by allocating $86.6 million in funding for business incentives in the state’s biennium, the two year budget cycle covering fiscal years 2013-2014 and 2014-2015. It didn’t take long for results to spring up like crocuses pushing through the snow.

“We’ve had one of the most successful years I can remember just from an activity perspective,” says Kevin McKinnon, executive director of the Minnesota Department of Employment and Economic Development (DEED). “The projects we’ve been dealing with are very large projects with large investments and job creation numbers, and the jobs that we’re talking about here are not only skilled but pay above average wages and offer significant benefits plans.”

McKinnon credits such investments as $30 million for the Minnesota Investment Fund, $1.5 million in the Global Competitiveness Initiative and using $24 million to fund and establish Minnesota’s Job Creation Fund with creating a new climate of expectation in statewide economic investment. “The state’s investment gave us a couple of new tools,” he says. “More importantly, it funded some tools that have been around a long time to not only attract businesses here but to assist businesses that are here but looking to expand.”

The Job Creation Fund, which officially kicked off on January 1, 2014, is a performance-based program addressing both job creation and capital investments into property. “You have to invest at least $500,000 in capital improvements and create a minimum of 10 full time jobs,” McKinnon says. “Businesses have two years to create the 10 jobs and they have to retain those jobs in order to keep getting benefits.”

The amount of rebate depends on where the investment is located. For a minimum $500,000 investment in Minneapolis-St. Paul, companies receive five percent back, up to $500,000. In greater Minnesota, companies get a 7.5 percent rebate. On the job creation side, rebates are based on the salaries of the 10 or more jobs created. “Obviously, we haven’t made any awards yet but call me in six months,” says McKinnon. “It’s a program that is very much welcomed; there is a lot of interest in it.”

Minnesota’s flagship economic development program, the Minnesota Investment Fund, played a role in many of the state’s biggest ‘gets’ of 2013, including the expansion of Emerson Process Management in Shakopee, a small city southwest of Minneapolis. The company received over $2.7 million in incentives, including $1.4 million from the Minnesota Investment Fund to help fund a five-year, $70 million capital investment and the creation of up to 500 new jobs. 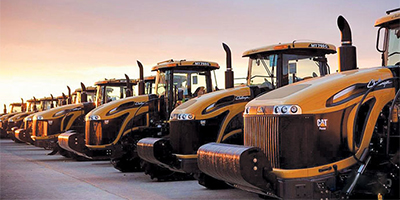 Emerson Process Management manufactures pressure, temperature, flow, level and wireless measurement instrumentation used in the oil and gas, refining and petrochemical industries. “We are delighted to expand our operations here in Minnesota, which not only offers a quality workforce and excellent business climate, but also already serves as a major hub for Emerson in North America,” said Steve Sonnenberg, president of Emerson Process Management.

McKinnon was especially pleased that Emerson chose to put real estate that had been sitting vacant back into productive use. “In about 2003 a company built a 550,000 square foot (51,096 sq. m.) building in Shakopee, the walls were up but nothing was done inside,” he says. “Fortunately, the building happened to work very well for Emerson. They’ll continue to build out that space and eventually occupy it sometime in 2014.”

Shakopee scored another high-profile project when California-based Shutterfly, an industry leader in digital personalized photo products and services, announced it was locating a production and distribution center in the city. In addition to finding an educated and well-trained workforce, the project received a $1 million loan through the Minnesota Investment Fund. The company broke ground in September 2013 on a new 217,000 square foot (25,176 sq. m.) facility that will create 330 full time jobs as well as a significant number of part time or seasonal jobs. They anticipate an opening sometime in the third quarter of 2014. 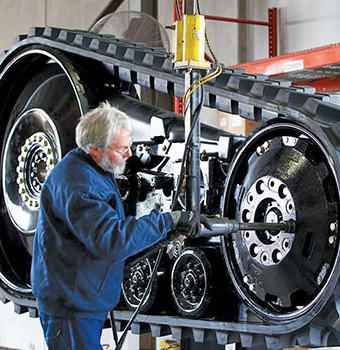 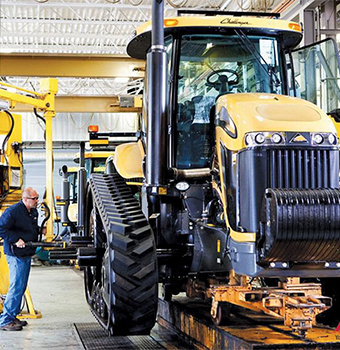 The fund also assisted the state in landing an expansion of Canadian manufacturer, Price Industries, which will locate the headquarters of Price Mechanical, Inc., in Maple Grove, a northwest suburb of Minneapolis. Price Industries received a $700,000 loan from the DEED to assist in the building of a new 12,000 square foot (1,115 sq. m.) design center bringing 40 high-level engineering jobs. The facility will be involved in R&D of customized heating, ventilation, and air conditioning (HVAC) products. Operations are expected to commence in April.

“We are excited and proud to develop advanced, high efficiency products here in the State of Minnesota,” said Ron Hanlon, President and CEO of Price Mechanical. “We studied various locations around North America and chose Minnesota due to the availability of great engineering and technical workers, as well as a demonstrated innovative and productive workforce.” Hanlon also appreciated the personal touch. Governor Dayton made a secret trip to Manitoba during the site selection process to impress on the company how eager Minnesota was to welcome them.

The state has long been a player in the global economy. According to a December 2013 DEED report, Minnesota exports including agricultural, mining and manufactured products experienced slight growth, 0.8 percent, to $5.2 billion between the third quarters of 2012 and 2013. For the same period the US export growth rate was 2.8 percent. Manufacturing sector exports were strong, up 4.5 percent to $4.9 billion in the third quarter of 2013.

Last August, 3M, the global innovations and solutions company broke ground on a sizable project on the company’s headquarters campus in Maplewood, Minn., outside St. Paul. 3M is replacing two aging lab buildings with a $150 million, 400,000 square foot (37,161 sq. m.) R&D facility. The new building is expected to be completed and in use by 2015. The facility will house 700 researchers and scientists dedicated to technology research for three of 3M’s five business sectors: electrical and energy, safety and graphics, and industrial. In late December 2013, 3M also announced the opening of a testing facility, including a research and development tower, on its 3M Fall Protection Campus in Cottage Grove, Minn. The facility tests harnesses, connecting and anchoring devices, lifeline systems, confined space equipment and rescue products.

“We studied various locations around North America and chose Minnesota due to the availability of great engineering and technical workers, as well as a demonstrated innovative and productive workforce.”

“Many of our companies are global and we continue to set records for exports in our state,” says McKinnon. “Being a little more aggressive and strategic about it is something new.” The state put $1.5 million in the Global Competitive Initiative which included funding for opening three foreign trade offices and attracting new foreign direct investment in the state. In late 2013, the Minnesota Trade Office announced it had chosen three sites for the new foreign trade offices: Sao Paulo, Brazil; Seoul, South Korea; and Dusseldorf-Cologne, Germany. “This will not only to help our companies identify markets for their products,” says McKinnon, “We’re also focusing on the investment side back into Minnesota.”

Three years ago AGCO brought its high horsepower tractor assembly operation from Beauvais, France, to Jackson, a rural farming community just off Interstate 90 in southwest Minnesota. The facility manufactures high horsepower tractors under the brand name Challenger® or Massey Ferguson®. The tractors and sprayers manufactured in Jackson are exported worldwide; one out of three tractors leaves Minnesota for export.

“A lot of alternatives were explored,” says Eric Fisher, director of operations at the Jackson facility. “There were a couple reasons it made sense to be in Jackson. You want to be where your market is and we’re right in the middle of the biggest demand for high horsepower tractors. The other overriding factor is the people. Sixty-seven percent of the workforce has some tie to agriculture. Because of that they have an extra passion and an extra understanding of what the equipment goes through. To us, that’s an advantage, having people with that passion, that understanding and that tie to a rural agricultural economy.” 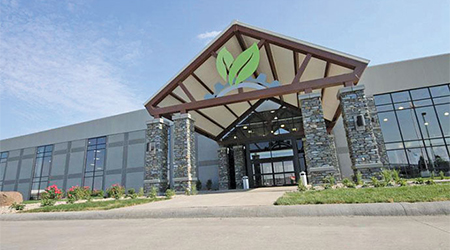 In May 2013, AGCO announced a three-year, $42 million expansion dubbed the “Jackson Fast Forward.” Due to growing global demand for food production, increase of protein in diets and the need for sustainable agriculture, there’s more demand than ever for AGCO’s high tech tractors. “We’ve added another 30,000 square feet (2,787 sq. m.), a lot of it in the latest manufacturing technology,” says Fisher. “In just over18 months we’ve added well over 400 people to our organization in Jackson from 850 to almost 1300 employees. That’s monumental growth in a place like Jackson.”

The AGCO campus in Jackson isn’t just a manufacturing site. It includes a full engineering team, an R&D lab and tech support group supporting the entire North American region. It’s also home to the company’s Intivity Center, celebrating innovation and productivity. The center features an extensive collection of historical artifacts and interactive displays of future agricultural technology in development. The Intivity Center opened in 2012 and drew 10,000 visitors in its first year. “The Intivity Center is a big part of our commitment to the community,” Fisher says. “It gives AGCO a face on the operation.”

Fisher believes the workforce the company assembled in Jackson already had something special. “A sports analogy might be team chemistry,” he says. “There are just people that connect with it and when you get an engaged workforce one that likes to bring ideas forward, likes to implement, it can be a competitive advantage for you.”