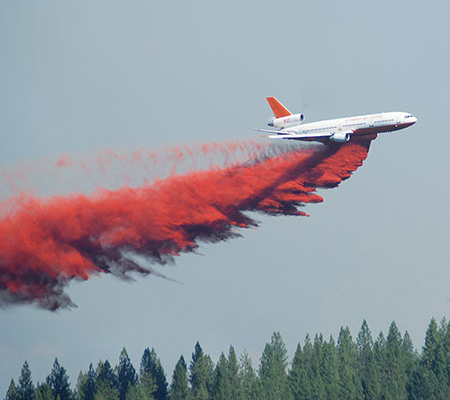 10 Tanker Air Carrier looked all over the West before moving its firefighting operations to Albuquerque.
Photo courtesy of 10 Tankers Air Carrier

nergy is big business in Eddy County, N.M., the busiest community currently drilling in the oil-and-gas-rich Permian Basin. Most of the drilling is taking place in the Delaware Basin, a large portion of the Permian that includes the city of Carlsbad and a wide swath of southeast New Mexico. But it’s not just exploration and drilling companies making their way to Eddy County.

The anticipated output from the Delaware Basin piqued the interest of Rangeland Energy, based in Sugar Land, Texas. In March 2013, Rangeland announced it was acquiring 750 acres (303 hectares) and investing $150 million to build the Rangeland Integrated Oil (RIO) System, consisting of a terminal, the RIO Hub, and the RIO Pipeline.

The RIO Hub will handle crude oil, pipe, and receiving, storing and distributing frac sand, the high-purity quartz sand used in hydraulic fracturing. Oil will be transported to the RIO Hub via truck and pipeline, but plans call for the terminal to include construction of a double rail loop providing capacity for two trains to move 100,000 barrels of crude oil daily. The RIO Pipeline is a proposed 12-inch crude oil pipeline connecting the RIO Terminal to supply hubs in Midland, Texas, and beyond. The pipeline is expected to move up to 75,000 barrels per day.

In January, Murex and Cetane Energy announced completion of a unit train expansion at Cetane’s crude oil transloading facility located in Carlsbad. The facility has 18,000 ft. (5,486 m.) of rail track and can load unit trains of up to 120 rail cars. The facility expansion also increased storage capacity of crude oil up to 40,000 barrels and added 12 tanker truck offload stations. Gas and oil custody transfer units are located throughout the site. Murex and Cetane worked with the BNSF Railway and the Southwest Railroad to complete the project, which will improve transportation efficiencies to the West, East and Gulf Coasts.

Oil and gas aren’t the only commodities coming out of the ground in Carlsbad. Potash, a mineral used in making fertilizer, is currently mined by both Mosaic and Intrepid Potash. Last year IC Potash Corp. announced plans to open a new mine by 2016, pending the results of environmental impact surveys due later this year. The company has plans to employ approximately 400 people for its operation and projects that the 18-month to two-year construction phase would provide up to 1,000 new jobs.

Keeping the Lights On

“It takes energy to make energy,” says John Waters, director of the Carlsbad Department of Development (CDOD), explaining why Xcel Energy is investing over $3.5 million in a new 23,500-sq.-ft. (2,183-sq.-m.) building sitting on just over four acres (1.8 hectares) in southwestern Carlsbad. The Xcel expansion is a direct result of the energy boom taking place in southeast New Mexico. “In the oil field, the pump jacks and equipment require a significant amount of power,” says Waters. “We also have a large potash industry here and the nuclear industry, all of which are significant industrial users of electricity in Eddy County. And of course the town is exploding right now.”

“Every one of us on that final tour of the three cities had the sense that it just felt right in Albuquerque. There was a real sense of belonging. There was chemistry.”

The new facility will allow Xcel to stage operations out of Eddy County, closer to the hustle and bustle of new development. Xcel will keep two permanent crews at the new facility, with space to handle the roaming crews that service southeast New Mexico. “That’s not the only thing they’re putting in,” Waters adds. “They’ve told us they’re putting another sub-station in, just for this area. About 18 months ago we got an 11-megawatt solar production facility on the south side of Carlsbad where the need was great.”

The need for electricity keeps growing. “In Eddy County alone, the Bureau of Land Management [BLM] tells us that they have over 2,000 applications [for drilling sites] that haven’t been spudded yet,” says Waters, using the term denoting the digging of the first foot of a well. “By comparison, the entire state of North Dakota, which includes the Bakken Formation, only has 1,800 applications. They shared that information by way of warning us. They were getting complaints that we need to be building more housing units.”

Have Hammer, Will Travel

Carlsbad took the hint and is now experiencing a surge in construction. Apartment complexes and single-family homes are filling up as quickly as developers can build them. “We have about 800 units under construction right now,” says Waters. “There’s a huge waiting list at all the apartment complexes, even the older, more established complexes.”

Though the current population of Eddy County is estimated at 54,000 by the most recent U.S. Census Bureau figures, the transient population — contractors, oil field workers and the like — boosts that number up to nearly 60,000. Three new hotels were completed in 2013 with five more under construction. “We get about half a million visitors a year for the [Carlsbad] Caverns, so we’ve always had a need for hotels,” says Waters. “What they’re putting in now in terms of numbers is tremendous, with retail and restaurant interest following right behind them.”

A housing study commissioned by the CDOD reported that even after adding the 800 multi-family units and 280 single-family homes, the community still needs 1,500 units today and 3,000 over the next five years. “The same thing is happening in Hobbs,” says Waters. All the building is bringing in more work than the contractors to complete it. We’re trying, as they are, to use every incentive possible to bring this residential in.” 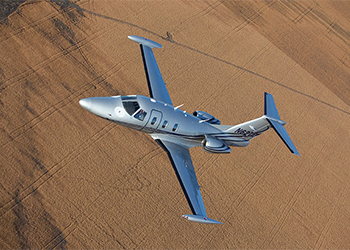 Fortunately, the region is well positioned to attract the development needed to support the boom times. The county has the lowest tax rate across the board in the state and charges no impact fees. Though Carlsbad is a blue-collar town, the city has the second highest median household income in the state, at $54,000 to $55,000 annually. “It’s not unusual to drive through what is typically a blue-collar neighborhood and see very expensive cars parked in driveways,” Waters says.

Albuquerque welcomed Canon Information Technology Services (CITS), a wholly owned subsidiary of Canon U.S.A., Inc., to the neighborhood in 2013. The company is going into an existing 33,000-sq.-ft. (3,065-sq.-m.) building and creating 150 jobs. The move marked the first time CITS ventured from its home base in Chesapeake, Va. The decision to expand out West was fueled, in part, by the superstorm that thrashed the East Coast in 2012.

“We realized we needed some redundancy, and what really brought that home was Hurricane Sandy,” says Doris Higginbotham, president of CITS. “We had been kicking around the concept but loved the culture we had created. With the disaster in Japan, the flooding in Thailand and then Hurricane Sandy, it made us realize we needed something permanent.”

“The tax climate in New Mexico is very positive for us. There isn’t a ‘fly away’ tax on the aircraft. That’s huge because you can buy a $3 million jet and you don’t pay any taxes to the State of New Mexico at all.”

Higginbotham ticks off the wish list criteria: a growing, diverse community; an educated workforce; the ability to work across multiple time zones; bilingual capabilities; and a place that wasn’t adversely impacted by weather events. “Albuquerque really got a check mark on all those areas,” says Higginbotham. The CITS team looked at locations throughout the U.S., finally narrowing the choices to three.

“At the 11th hour we knew we wanted to be an employer of choice,” Higginbotham says. “We’re incredibly proud of our company. We wanted to be in an area where people wanted to work for us. We wanted to continue to attract and retain people who were proud to work for Canon.” Albuquerque popped to the top. “It’s interesting because you know that gut feel,” she adds. “Every one of us on that final tour of the three cities had the sense that it just felt right in Albuquerque. There was a real sense of belonging. There was chemistry.”

Two aviation companies filling completely different niches are at home in Albuquerque and both are growing. Eclipse Aerospace, Inc., (EAI) announced an expansion in late December 2013. The company plans to add an additional 100 high paying jobs in across the board in engineering, supply chain, IT and production. EAI builds the Eclipse 550, a small, six-passenger twin engine jet that flies at 41,000 ft. (12,192 m.) at 420 miles per hour (644 kph). “If someone wants to go slow and low, this is not the plane for them,” says Ed Lundeen, senior vice president of EAI. The jets sell for close to $3 million to many different customer classes, both individuals and corporate.

Lundeen says Albuquerque is a good fit for Eclipse for a number of reasons, especially the climate, and not just 365 days of good flying weather. “The tax climate in New Mexico is very positive for us,” he says. “There isn’t a ‘fly away’ tax on the aircraft. That’s huge because you can buy a $3-million jet and you don’t pay any taxes to the State of New Mexico at all. That’s a huge reason for us.”

California-based 10 Tanker Air Carrier could have chosen a number of locations when they were looking to move their aerial forest and wildfire firefighting operation to the Mountain West. 10 Tanker employs DC-10 aircraft to deliver over 11,000 gallons of flame retardant per load. The company wanted to raise their profile and felt a move to the Mountain West would be a way to accomplish that goal.

“It takes energy to make energy.”

— John Waters, director of the Carlsbad Department of Development

“We looked for adequate airports, not just with respect to runways but to sufficient ramp space,” says Rick Hatton, president and CEO of 10 Tanker. “I looked at Reno, Nevada; Casper, Wyoming, Phoenix, Arizona, and Albuquerque.” Weather was another important consideration. “We work on our planes in the off-season, which is typically the winter, and we want to work on them outside,” he says. Albuquerque had all the right attributes. The city was also located in Region 3 of the Forest Service, a region that typically has a lot of fires and within range of a number of other regions.

“When fire season starts, with two airplanes up and running, we’ll have about 20 people on our payroll,” says Hatton, who moved to Albuquerque full time, as have the company’s general manager and maintenance manager. “About half of them won’t live in Albuquerque. Half will, eventually, in the off-season. So far we’ve hired two people locally, with one person coming from Tucson to add to our staff. We’re small but we’ll round up to 10 or more people full time.”