Not every Palmetto State project announcement can stop the presses. But they are hardly insignificant to the locations that land them. 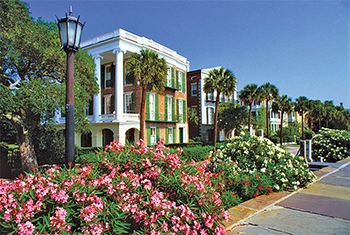 ids’ bikes and scooters can’t compete with a Boeing 787 or a BMW 4-Series in the expensive-transportation arena. And Kent International doesn’t try to compete with Boeing and BMW on the economic impact of their new facilities, either. (None of that matters in the least to the kids who will receive a new Kent 20” Girls Rhapsody bike or 14” Lime Super Scooter from Walmart on their next birthday.) As for economic impact, bike and scooter maker Kent International’s $4.3-million investment in Clarendon County, and the 175 new jobs it’s creating there, is no less significant to Clarendon County and South Carolina than the big guys’ mega-plants.

The point is there is more going on in the Palmetto State than Boeing’s Dreamliner assembly plant in North Charleston and the automotive manufacturing cluster along I-85 in the Upstate. These are powerful economic engines to be sure — Boeing invested $1 billion and added 2,000 jobs in 2013, and Michelin North America put $200 million into its South Carolina operation. But why do other industrial sectors invest there?

Kent picked South Carolina to supply Walmart and other retailers from a business-friendly location with the right supply of labor. Part of Walmart’s US Manufacturing initiative, the US production of Kent’s bicycles will allow the company to deliver them to stores in a 90-percent assembled condition, raising assembly efficiency for in-store personnel. In addition to Walmart, the company is a major supplier to Toys R Us, Amazon and Academy Sporting Goods.

The Kent announcement came January 23rd, during the annual US Conference of Mayors Meeting in Washington, D.C., where Walmart also announced a new, $10-million fund for innovation in American manufacturing.

“If we want to grow manufacturing and help rebuild America’s middle class, we need the brightest minds in our universities, in our think tanks, and in our towns to tackle obstacles to US manufacturing,” said Walmart US President and CEO Bill Simon. “The $10- million fund will identify and award leaders in manufacturing innovation and help us all work together to create opportunity.”

Kent International is the third Walmart supplier announcing a new facility in South Carolina since August 2013. “Those that have already taken the risk to move or expand manufacturing in the US tell us they are experiencing a first-mover advantage — a significant leg-up in terms of market-share and momentum,” added Simon. “Kent Bicycles is taking the opportunity to become one of those first-movers with its facility in South Carolina.”

“We are excited with the challenge of assembling and manufacturing affordable bicycles in the United States. We feel that we have found a great partner in the state of South Carolina with their pro-business policies and an abundant pool of great workers,” said Arnold Kamler, CEO and chairman of Kent International.

Who Else Is Investing?

For the second year in a row, South Carolina has claimed the top spot among US states in a report gauging the global impact of foreign-direct investment (FDI). IBM-Plant Location International (IBM-PLI) Global Location Trends, released in late 2013, ranks South Carolina first for per-capita employment by foreign-owned firms investing in 2012. The state grew its FDI-related employment in 2012 from 2011 and was ahead of Alabama, North Carolina, Kansas and Indiana, which rounded out the top five states. 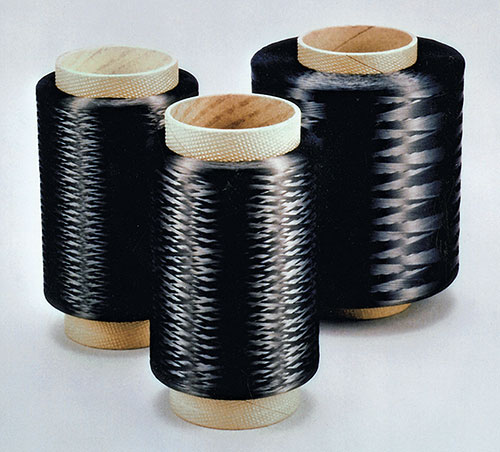 TORAYCA®, a high-performance, high-quality carbon fiber which is used in aircraft and natural gas pressure vessel applications, will be produced at the Toray plant in Spartanburg, S.C.

Presently, there are more than 1,200 operations of foreign-owned companies located in the state, employing more than 100,000 South Carolinians, according to S.C. Dept. of Commerce data. Since January 2011, the state has recruited $6.7 billion in capital investment from foreign-owned companies, with German, Japanese, French and Chinese firms representing the highest investors. More than 15,600 jobs associated with foreign firms have been recruited to South Carolina during that time.
“In a global environment shaped by rapidly changing business dynamics and greater complexity,” notes the report, “it is becoming more important than ever for locations to understand and continually improve their value proposition to investors.”

Toray Industries, Inc., has selected Spartanburg County, S.C., for its next global facility. The $1-billion investment over the next decade is expected to create 500 new jobs and represents one of the largest initial capital investments in South Carolina’s history. Toray Industries is a Tokyo-based manufacturer of fibers and textiles, plastic resins, films and carbon fiber composite materials. Rationale: “South Carolina offers Toray Industries an ideal location for our next North American manufacturing facility. Here we will have proximity to major customers, both in the US and in Latin American markets,” says Akihiro Nikkaku, president of Toray Industries.

Baldor Electric Co. is expanding its Belton facility in Anderson County with a $15-million investment that will add 45 jobs to the payroll. The company makes industrial electric motors and mechanical power transmission products. Rationale: “Our customers expect us to provide them with more value than anyone else in our industry, and the employees we have in Belton do that each and every day,” says Tom Mascari, executive vice president, mechanical.

BOMAG Americas is establishing its North American headquarters in Ridgeway, Fairfield County, where it will build a 127,600-sq.-ft. (11,850-sq.-m.) facility. The $18.2-million project will create 121 new jobs. Rationale: “This area offers our company several benefits, such as being close to a port of entry, proximity to an air hub for spare parts fulfillment and a climate conducive to year-round sales and service training for our customers,” says Walter Link, president, BOMAG Americas.