Click here for a larger version of this map.
by ADAM BRUNS
A 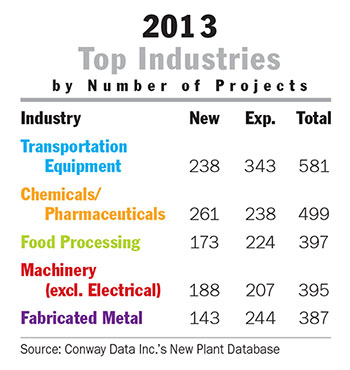 nalysis of all projects entered into Site Selection’s New Plant Database during the 2013 calendar year shows transportation is driving economies, especially in Asia. But chemical and energy projects driven by the shale gas revolution, among other factors, are coming up fast in the rear-view mirror.

As the totals listed on the opposite page suggest, the chemicals/pharmaceuticals sector may be the hottest thing going, as it’s the only one of the five leading industries to feature more new facility projects than expansions. The sector also carries with it some major project price tags, as the map of the top 10 projects by investment in each leading industry illustrates. The map also shows the healthy volume and diversity of top-dollar projects circling the Gulf of Mexico.

The transportation equipment sector is marked by continuing manufacturing expansion in China to keep up with the boom in demand from that country’s growing middle class. GM reported an 11-percent rise in sales in China in 2013, setting a new record. North America also continues to see incremental investment. Honda, for one, has invested nearly $3 billion at four US plants in the past three years, with most of those vehicles going to another place where demand is climbing: Mexico.

As the new year dawned, Volkswagen’s global investment plans continued to unfold. VW CEO Martin Winterkorn announced early this year the company’s intention to build a new North American plant as part of its quest to invest $7 billion in North America over the next five years and increase annual sales to 1 million. 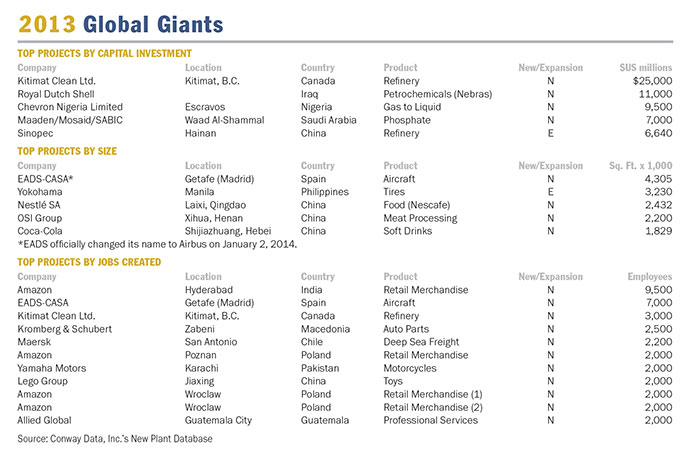 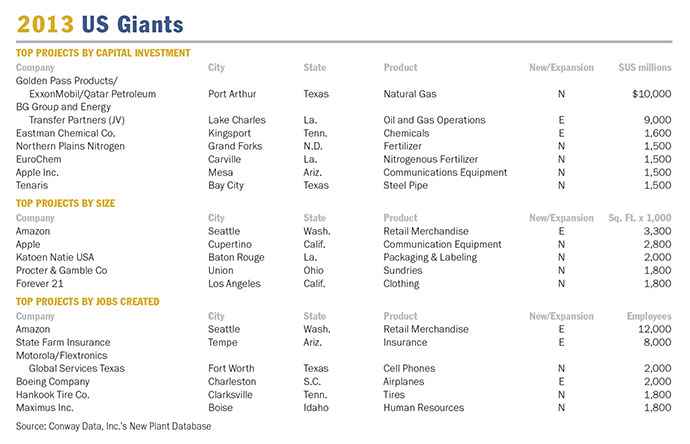