A Tax Climate To Write Home About

Data center operators and firearms accessories makers are among the beneficiaries. 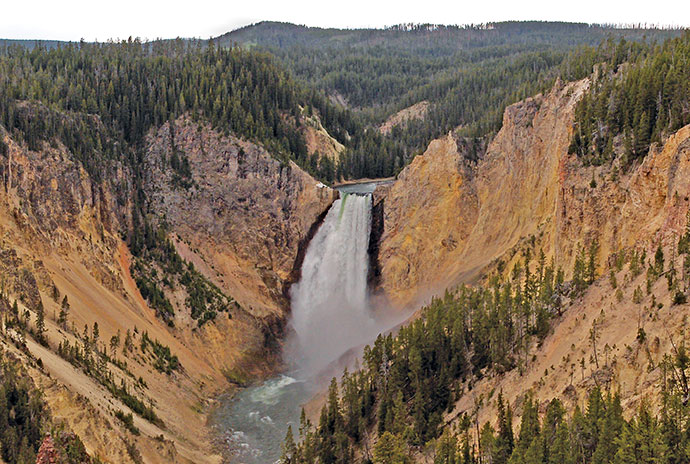 yoming is the best state in the US for taxes on businesses, and its capital, Cheyenne, is the best city in which to find a job, according to recent analysis. Not a bad combination for a state that infrequently captures economic development headlines.

In October 2013, the Tax Foundation, a nonpartisan research organization that has monitored fiscal policy at the federal, state and local levels since 1937, released its State Business Tax Climate Index, placing Wyoming in first place. South Dakota, Nevada, Alaska and Florida round out the top five.

The State Business Tax Climate Index, now in its 10th edition, collects data on over 100 tax provisions for each state and synthesizes them into a single, easy-to-use score. The states are then compared against each other, so that each state’s ranking is relative to actual policies in place in other states around the country. A state’s ranking can rise or fall significantly based not just on its own actions, but on the changes or reforms made by other states.

“The goal of the State Business Tax Climate Index is to start a conversation with policymakers about how their states fare against the rest of the country,” said Scott Drenkard, Tax Foundation economist and co-author of the background paper detailing the index. “With this report, we’re asking: ‘How well is your tax code structured? Are businesses in your state spending too much time complying with onerous tax provisions? Are you double taxing things you shouldn’t?’ ”

The index scores states on their imposition of five taxes: individual income tax, corporate tax, sales tax, property tax, and unemployment insurance tax. The lower the tax, the higher the score on a scale of 1 to 10.

Wyoming scored perfect 10s on the first two, as it does not impose individual income or corporate taxes. It does have a 4-percent state sales tax, giving it a respectable 14th-best in that category (a drop from 12th place last year).

Property tax: Wyoming loses points here, as it is among the states collecting the most property tax per capita — $2,321 — the fourth highest after New Jersey, Connecticut and New Hampshire. And it doesn’t help that its effective tax rate is among the highest in the US at 4.81 percent. Only New Hampshire, New Jersey, Vermont and Rhode Island have higher effective tax rates. Wyoming ranks 34th in this regard, up from 36th last year.

Experienced employers are those who have had their employer account established for three or more years. The range for new employers establishing their account rates in the first three years of existence was 2.50 to 4.95 percent in 2013. In 2014 that range will be 2.16 to 4.69 percent.

Meanwhile, a February 4th Wyoming Business Report article cites a ranking from national online career marketplace beyond.com, naming Cheyenne the top US city in which to find a job. Wyoming’s capital has four times as many job postings as job seekers and an unemployment rate of just 4.2 percent, according to the analysis.

Data centers are a booming business in Wyoming, as has been reported in these pages. In June 2013, Cheyenne-based Green House Data announced a partnership with fifteenfortyseven Critical Systems Realty to develop a 35,000-sq.-ft. (3,250-sq.-m.) data center that will be the beginning of a new data center campus on Green House Data’s current site.

Another industry is making tracks to Wyoming, in part due to tougher gun laws in neighboring Colorado. Magpul Industries is moving its manufacturing operations from Erie, Colo., to Cheyenne, and its corporate headquarters to Texas.

“Moving operations to states that support our culture of individual liberties and personal responsibility is important,” said Richard Fitzpatrick, CEO, at the January 2nd announcement. “This relocation will also improve business operations and logistics as we utilize the strengths of Texas and Wyoming in our expansion.”

In May 2013, HiViz Shooting Systems, which manufactures sights, recoil pads and other shooting accessories, announced it is moving its core operations to Laramie. HiViz CEO Phil Howe, who started and has operated the company for more than 16 years, said HiViz will relocate to the Laramie River Business Park II. The move from Fort Collins, Colo., will occur over a period of time to ensure uninterrupted service to existing HiViz customers.

According to Howe, HiViz leadership selected Laramie because of its strong support of shooting sports manufacturing and supply chain industries and also because of its close proximity to the present HiViz facility. This proximity provides existing employees the opportunity for a manageable commute while they evaluate relocation options.