In 2014, Greece is the word for global companies seeking a location for knowledge-worker operations. 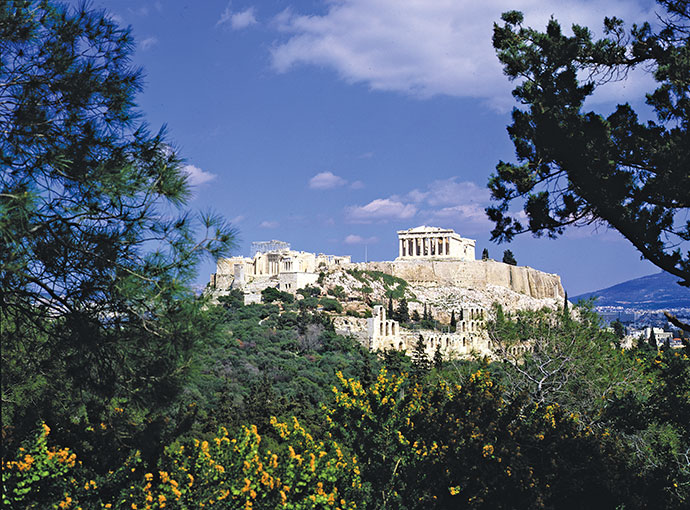 hich strategic advantage do multinationals as diverse as Nokia, Microsoft, IBM, Coca-Cola and Delhaize share that their competitors do not? It’s simple: They have stopped viewing Greece as a market to avoid and instead have decided to locate key facilities there — not just any facilities, but centers requiring the brightest knowledge workers available. Consider their plans:

“There are many reasons for investing in Greece, the main one being a very attractive cost position with emphasis on quality and innovation,” says Aris Drossis, Head of Nokia’s NSN Technology Center Athens. “Greek engineers prove consistently that they are highly competitive on an international level and can excel in terms of efficiency and innovation. Their excellent academic background combined with a well-organized production process that allows flexibility, but is strict on quality and schedules, provide the perfect environment to boost innovation and to achieve excellent results.”

If Greece were competing for direct investment on the basis of scenery alone, it would have few, if any, peers. Direct investors gain proximity to some of the world’s top resort destinations. But this investment niche, like Greece’s emerging knowledge-based sectors, is just gaining steam. Dolphin Capital’s Miltos Kambourides explains:
“Greece is a timeless destination: 16,000 kilometers of coastline, 190,000 beaches, and 6,000 islands and islets place it on the top list for travelers from all around the world. Iconic mountains, a wealth of history and culture, timeless traditions, spectacular landscapes, fresh produce and renowned hospitality draw millions of visitors annually to the land where democracy was born. Additionally, it is easy to reach as it sits in the crossroads of Europe, Africa and the Middle East. It enjoys spectacular summers, mild winters and sunshine almost year round. Greece is undoubtedly a global brand on its own.”
But its lack of branded resorts and leisure infrastructure is striking, says Kambourides. Dolphin Capital is a global investor in luxury branded residential resorts.
“Despite the large hospitality offering of Greece, the top luxury brands are missing, and there are no resorts that are integrated with residences and golf courses or other leisure facilities that could operate all year round and not rely on the sun and beach.”
Kambourides says that at the company’s inception in 2005, it had identified this gap in the market in Greece and has since invested close to €400 million of equity and debt capital to acquire “a portfolio of exquisite land sites to develop world class residential resorts” that are managed by the top brands in the industry.
“Today we have more than 10 ongoing projects in Greece, and we are the owners of what is recognized as Greece’s most exclusive resort, Amanzoe (www.amanzoe.com), which is managed by Aman Resorts, admittedly the top luxury operator in the world,” he points out. “Amanzoe is open all year round and offers villas for sale which are branded and serviced by the resort. Its success proves that Greece can sustain such products, and we are therefore more optimistic than ever about the prospects of this sector in this country. Our next resort to open is the Nikki Beach in Porto Heli this summer of 2014.” 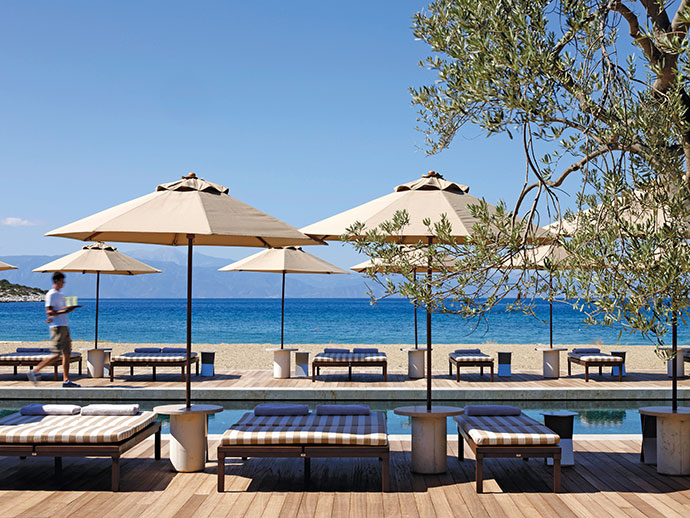 Many of Greece’s investment advantages predate its fiscal issues and were not compromised by Southern Europe’s economic tribulations in the least.

Four years ago, these companies might have looked elsewhere — Greece’s economic woes of 2010 are well chronicled. But today they are best viewed through the prism of where Greece has been, not where it is going. In fact, investors now would be hard pressed to find evidence of anything but growth and stability as they reconsider the cradle of civilization as a destination for direct investment.

They will find the following: A primary surplus of €1.5 billion. A current account surplus of 0.7 percent of GDP. Lowering unemployment. A shrinking budget deficit. The lowest inflation rate in the Euro Area. Drastically lower-cost labor (by 22 percent) relative to 2009. Increasing foreign direct investment — 43 percent more in 2013 than in 2012. Business climate reforms that are deemed the most responsive of all the OECD countries. And perhaps most telling, a highly successful five-year bond offering on April 10th, Greece’s first in four years, signaling a return of investor confidence.


“Greece has followed an arduous but necessary path in a demanding fiscal adjustment program,” said Stephanos Issaias, CEO of Enterprise Greece. “Today, the results are evident and clear. The markets are embracing Greek bonds, and at lower rates than initially predicted. Investors from around the world are turning their attention to Greece in increasing numbers, and I am confident they will recognize, even more so now, the vast potential Greece offers.”

‘Investment Destination Whose Time Has Come’

Many of Greece’s investment advantages predate its fiscal issues and were not compromised by Southern Europe’s economic tribulations in the least. These include close proximity to Europe, Asia, North Africa and the Middle East; advanced infrastructure, particularly marine-transport related (Piraeus was the fastest growing port in Europe in 2013); membership in all international organizations; adherence to the rule of law; an abundance of natural and human resources and cultural and recreational resources that go without saying.

Now, with economic indicators and investor confidence pointing in the right direction, “Greece is an investment destination whose time has come,” says Issaias. “Today, Greece is emerging as a game changer, where deep fiscal adjustment efforts have reversed a negative story and created a positive narrative. Sweeping reform has created a climate that embraces business, investment and new international partnerships. Companies from around the world are establishing a presence in Greece, riding the wave of business opportunity.”

Issaias points to several new developments that should give investors even more reason to consider a Greek location: “Our outward-looking approach is transforming the Port of Piraeus into the next logistics hub of Europe. As home to the Mediterranean diet, our food and beverage industry is ramping up innovative production to meet global demand. 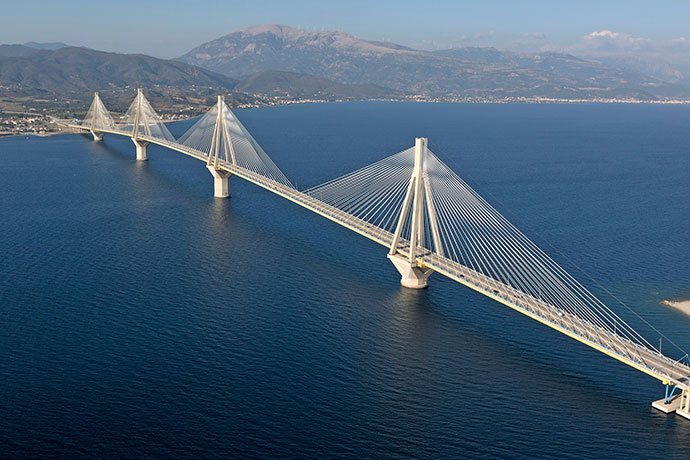 “As a new energy hub — for transport, RES production, and hydrocarbon exploration — the next two decades will be transformative,” he continues. “Our shift to a knowledge-based economy is highlighting the intellectual firepower of our workforce. And as one of the world’s iconic tourism destinations, unmatched opportunities — from port and marina development to integrated resorts — are on the radar screens of market leaders. Greece offers a well-developed infrastructure, experienced management, highly competitive labor costs, superb natural resources, abundant human capital, stunning beauty, geostrategic location, and attractive investment incentives, all in a Eurozone economy.

“The pent up potential of Greece is being unleashed. Now is the time to put Greece on your destination map.”

This investment profile was prepared under the auspices of Enterprise Greece (www.enterprisegreece.gov.gr).