Leading a New Wave of Tech and Life Sciences Transformation 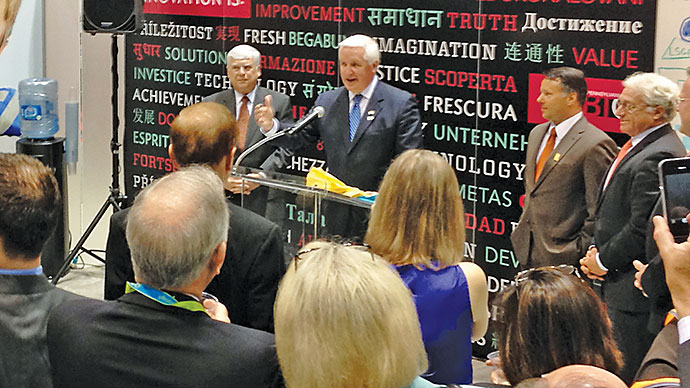 uilding the right environment for life science success is a task that many states undertake but few master.

“Pennsylvanians are synonymous with independence, creativity and a fiercly competitive can-do spirit that is leading the nation and changing the world,” said Gov. Tom Corbett.

Pennsylvania is providing the blueprint for the other 49 states in the form of two initiatives that have produced stellar results: The Wistar Institute and the Life Sciences Greenhouse.

Wistar, an independent, nonprofit biomedical research center in Philadelphia, is the oldest and arguably most successful such establishment in the country, having developed vaccines for rabies, German measles and the rotavirus. Founded in 1892, Wistar has also identified the genes associated with breast, lung and prostate cancer and developed monoclonal antibodies.

In short, millions of people around the world are alive today thanks to the research originating out of Wistar, and the institute’s leadership role in disease prevention and cure makes it a pillar of the Pennsylvania life science economy.

“Our purpose is to conduct biomedical research and support educational activities in the training of scientists and post-doctoral degree people,” says Dr. Russel E. Kaufman, president and CEO of The Wistar Institute. “We also have a biotech training program, about 15 years old, where we train young people to be research technicians through a two-year program in partnership with a local community college. Virtually 100 percent of our students go on to join the biotech industry in technical jobs.”

While it’s hard to measure the exact amount that Wistar has contributed to the Pennsylvania economy over the years, individual contributions are staggering. Take Merck: the pharmaceutical company manufactures the rotavirus vaccine developed at Wistar in Pennsylvania, and annual sales worldwide top $800 million — and that doesn’t even count the impact of the thousands of workers who make the drug.

With an annual budget of $65 million, Wistar clearly punches well above its weight class. “Our research and our products have a profound effect,” says Kaufman. “The Centocor drug used in the treatment of psoriasis and inflammatory bowel disease was developed at Wistar and it is being manufactured in Malvern, Pa. That will be a billion-dollar-a-year drug.”

An HIV preventive drug developed at Wistar will go to clinical trials later this year, notes Kaufman. “We think that our little institute has, pound for pound, produced more drugs than any other place in the United States,” he says. “We were the first National Cancer Institute in Pennsylvania. We were the first in Philadelphia — now there are four here. We have been an NCI cancer center since 1972.” 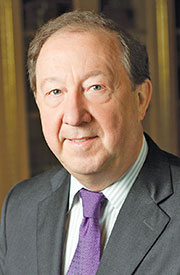 With about 400 employees and students in training, Wistar is growing rapidly. “We are just completing a new research tower that will enable us to increase our size by 25 percent,” says Kaufman. “We have a robotics center that can screen for drugs and do high-throughput analysis. We have a genomics center. We train post-doctoral researchers who go off into companies and other prestigious leadership positions.”

Centocor is a case in point. The $4 billion company, owned by Johnson & Johnson, started as a Wistar spinoff.

“Eight major pharmaceutical company leaders were trained at The Wistar Institute,” he adds. “People view Philadelphia as a destination for their life science operations. For the best and brightest in this industry, the jobs are here.”

A dozen years ago, the initial $100 million in seed funding for the greenhouses resulted in more than $3 billion in business investment across the state, says Dr. Mel Billingsley, president and CEO of the Life Sciences Greenhouse. “We have provided funding for over 197 projects, and several have launched IPOs,” he says. “There has been a tremendous creation of value, all the way from startup through exit.”

The numbers alone tell an incredible story: more than 3,838 new life science jobs created at an average annual salary of $90,267, 175 life-saving technologies that have originated at LSG; more than $97 million in federal follow-on funding and a return on state funding of 43 to 1.

Pennsylvania success stories growing out of LSG include companies such as Avid/Lilly, NuPathe, Maculogix and ALung.

“Avid developed the first FDA-approved test for detection of Alzheimer’s plaques,” says Billingsley. “In Pittsburgh, a startup known as Renal Solutions developed a much more portable dialysis filter. They exited the greenhouse and now their product is on the market.” 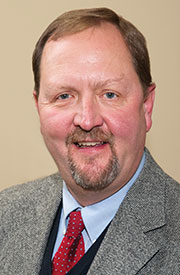 Billingsley says the LSG program “invests across the spectrum — diagnostics, therapeutics and the health care IT field. Each greenhouse has a very small nucleus of five to six people, each with domain experience in life sciences. Our talent includes medical doctors, Ph.D.s, people with experience in large pharmaceutical companies and more.”

Legislation enabled the Greenhouses in 2001. The first charters were adopted in 2002, and the first investments came in 2003. “Each of the three greenhouses has subtle differences in its model,” says Billingsley. “The greenhouses typically center around universities, and we are known for our international connections, particularly with Australia and Israel.”

NuPathe in Malvern, for example, has an Israeli connection and developed an FDA-approved patch for treating migraines. Unilife Corp. in York has an Australian connection and makes innovative single-dose syringes.

“There was a complete ecosystem here when we launched this program,” notes Billingsley. “A lot of the clients are pharmaceutical companies that are based in the Greater Philadelphia region. Pennsylvania is a top five state for biotech and has the supporting facilities for life sciences. We have the labs and the contract research. On the device side, there are multiple prototype shops and full manufacturers. And we have a very strong workforce in life sciences, from large pharma and device firms to entrepreneurs and tech support. We have everything a company needs in order to grow.”

This Investment Profile was written under the auspices of the Pennsylvania Department of Community & Economic Development. For more information, visit www.newPA.com or call 1-866-466-3972.