Momentum from 2013 carries over as Ohio’s project pipeline remains fuller than ever. 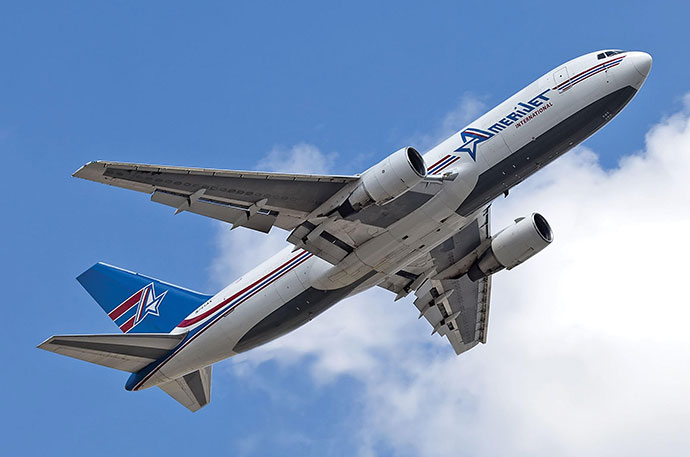 uring his year of coaching the Tampa Bay Buccaneers to the NFL Super Bowl Championship in 2003, Jon Gruden said, “We don’t feel pressure. We apply it.”

It’s appropriate that Gruden is a graduate of the University of Dayton, because his quote serves as an apt metaphor for Ohio.

By any objective measure of economic development performance, Ohio is killing it.

Taking a Byte Out of the Tax Man

O hio’s new data center sales and use tax exemption is already paying off in the form of new corporate facility investments.

Since passage of House Bill 153 created a new Ohio Sales and Use Tax Exemption for investments in computer data center businesses in Ohio, the Buckeye State has been cleaning up.

ByteGrid has already begun outfitting the old Cleveland Technology Center, which rests on top of a junction on a fiber-optic corridor stretching from New York to Chicago.

The Virginia-based company purchased the complex last year and secured tax credits on Jan. 27, 2014, for $100 million in anticipated investments into computer servers and other infrastructure.

Under Ohio’s new law, businesses that provide electronic information services are eligible for the computer data center sales and use tax exemption. To qualify for the exemption, a business must invest at least $100 million over three years and pay annual wages of at least $5 million to employees at the data center during that same period.

In 2013, Ohio finished second in both Site Selection Governor’s Cup rankings — one for most new and expanded corporate facility projects, and one for most projects per capita.

In a survey by Chief Executive magazine last year, CEOs from around the country rated Ohio as the most improved business climate. In Site Selection’s most recent business climate ranking, Ohio placed second.

And in the scorecard that counts today, Ohio’s active project pipeline is the largest it has ever been.

That has not always been the case. According to John Minor, president and chief investment officer of JobsOhio — the private, nonprofit organization that promotes job creation and economic development for Ohio — the Buckeye State three years ago was about as bad as the 1977 Bucs: broke and reeling from a long line of defeats.

“Look at where we were three years ago,” says Minor. “We had an $8-billion budget shortfall, more than 350,000 private-sector jobs had been lost, and the state was going in the wrong direction.”

Fast-forward to 2014, and Ohio suddenly looks more like the current the Super Bowl Champion Seattle Seahawks — strong, fast and brash.

“Ohio now has a $1.5-billion surplus. We cut taxes overall by about $3 billion,” Minor says. “We made our largest investment ever in education, both K-12 and higher education. We improved the alignment of our businesses with our workforce training. The governor returned $1 billion in surplus workers’ comp funds. We streamlined regulations and adopted a more common-sense approach.”

“Look at where we were three years ago. We had an $8-billion budget shortfall, more than 350,000 private-sector jobs had been lost, and the state was going in the wrong direction. Ohio now has a $1.5-billion surplus."

The results speak for themselves: more than 200,000 new jobs created in Ohio over the last two years — best in the Midwest and top five in the nation.

“Financial stability in the state leads to a more predictable environment for companies,” says Minor, a former New York investment banker who knows what to look for on a balance sheet. “This will lead to more economic activity in the state. Ohio is now much stronger and it has great momentum, but we still have a lot of work to do.”

According to JobsOhio’s own numbers, the organization helped 258 companies expand in Ohio in 2013, creating 17,857 new jobs, retaining 70,449 existing jobs, and adding $3.6 billion in capital investment.

Ohio beat out competing locations in the Southeast and Plains states to land the Nestle pizza division. The Swiss multinational’s relocation brings to Northeast Ohio several of the most well-known brands of frozen pizza: DiGiorno, California Pizza Kitchen, Jack’s and Tombstone.

The move also brings to Solon a Nestle Product Technology Center dedicated to research on frozen and chilled foods. Currently under construction, the new facility is set to open in early 2015.

Roz O’Hearn, communications and brand affairs executive for Nestle USA, says that several strategic factors drove the relocation of the company’s pizza division from Northbrook, Ill., to Ohio. Among them are cost containment, talent development, improved customer service, and close proximity to the expanding R&D facilities in Solon, she notes.

“There were several different scenarios considered” as possible locations for Nestle’s pizza business, says O’Hearn, but “the support of the Solon and Ohio communities is significant and we’re appreciative.”

The 8-month-long effort by Ohio economic developers to win the deal was known as Project Diamond, and it wasn’t easy. Wooing a $98.5-billion company, Nestle SA of Switzerland, required lots of work and even more patience, according to insiders familiar with the deal.

“We looked at other locations in the surrounding region, but we needed to be able to offer one- to two-day service. Rickenbacker Airport has the facilities that we need. It was very important for us to have our own facility and to be able to install our own infrastructure. Cargo facilities are hard to come by, and Rickenbacker gives us the space we need.”

“It really starts with our team and how we are structured in Ohio,” says Minor. “We work directly with all of our regional partnerships, our legislators and our local officials. This is very much a team effort. The more we execute in that way, the more successful we will be. We have built up some very good momentum here.”

That momentum extends to many parts of the state, but it’s being keenly felt in the state capital of Columbus, a city that’s rapidly expanding its global footprint.

On April 23, Amerijet International Inc. announced its selection of Rickenbacker International Airport in Columbus as one of the company’s key air cargo hubs connecting 11 US cities. Headquartered in Fort Lauderdale, Fla., Amerijet signed a long-term lease agreement with Rickenbacker for a 20,000-sq.-ft. (1,858-sq.-m.) distribution facility.

“Amerijet’s dedicated freighter service will provide our customers with additional options for expedited and heavyweight domestic freight,” says Pamela Rollins, senior vice president of business development for Amerijet. “We believe this product fills the need for select services once the mainstay of companies such as Burlington Air Express, Kitty Hawk, Emery and other all-cargo carriers who did not survive the economic turmoil of the last decade.”

By selecting Columbus as the company’s East Coast hub, Amerijet gave a ringing endorsement for the entire logistics network of Central Ohio. In a recent nationwide report by the Brookings Institution, Columbus ranked 11th in overall importing and exporting.

By flying its wide-body jet roundtrip between Columbus and Reno, Nev., Rollins says Amerijet can provide less-than-48-hour delivery for all of its freight customers.

“We looked at other locations in the surrounding region,” Rollins says. “We considered a few other places, but we needed to be able to offer one- to two-day service. Rickenbacker Airport has the facilities that we need. It was very important for us to have our own facility and to be able to install our own infrastructure. Cargo facilities are hard to come by, and Rickenbacker gives us the space we need.” 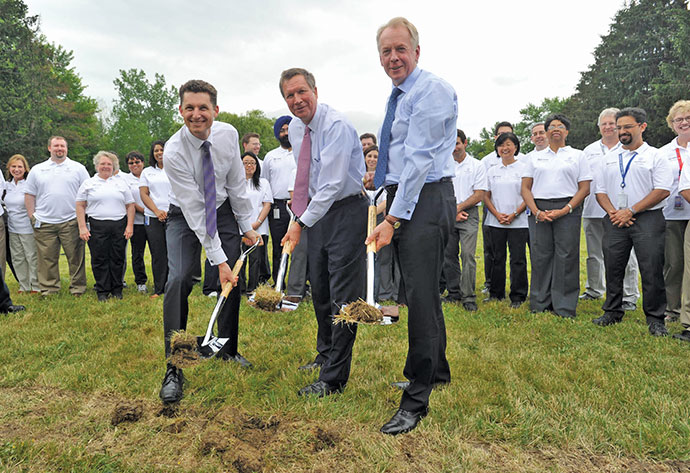 Pictured at the groundbreaking for the new Nestle Solon PTC from left are Sean Westcott, head of PTC Solon; Ohio Gov. John Kasich and Johannes Baensch, head of global R&D for Nestle S.A.

Air cargo bound for Reno will eventually make its way to Phoenix, Seattle, Los Angeles, Las Vegas and other West Coast markets, notes Rollins. “We can provide a pickup-to-delivery-door option for every customer,” she says. “We have been in business since 1974, and we understand multimodal transportation. We also own a freight-forwarding operation in Miami. With the growing trade between Mexico and the US, we will eventually connect to our international route system.”

Amerijet is a global logistics provider doing business in 86 countries and operating in 130 locations worldwide, adds Rollins. “We are committed to Columbus and the other communities across our network. We are looking forward to growing our footprint across the US and being able to connect that to our global routes.”

Rollins notes that Rickenbacker’s rail connection was a pivotal site selection factor as well. “Our customers use a variety of transportation modes,” she says. “Sometimes it’s a combination of sea, air and land — including rail and trucking. What we tried to do with the selection of Rickenbacker was hone in on a solution that could reduce the transit time and the price point for our freight customers.” 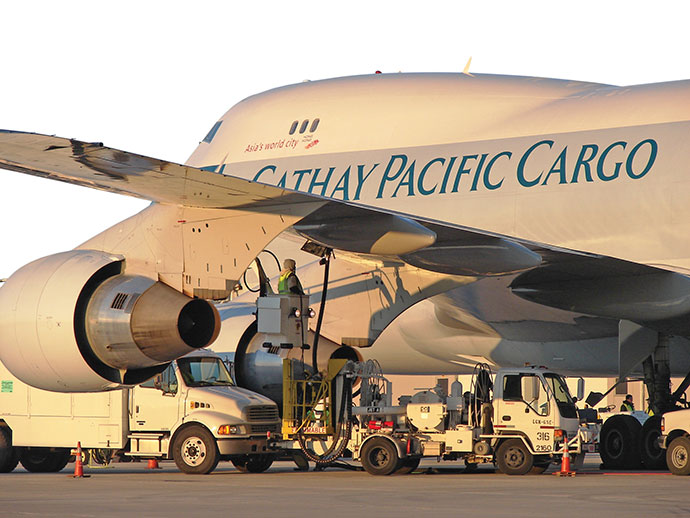 Ohio’s recent run of success has been bolstered by a number of factors, many of which boil down to money. It’s cheaper to do business in Ohio, and lately Ohio has been attracting a lot of investment.

According to KPMG’s annual Guide to International Business Location Costs (2014 Edition), Cincinnati is the second least expensive city in the nation in overall business costs, trailing only Atlanta, while Cleveland ranks as the seventh best buy.