When it comes to superior economic development performance, the middle is the place to be.

Pittsburgh is a great American comeback story because of its diverse, balanced and innovation-driven economy.  That economy continues to deliver value — most recently with 302 business investment “wins” during 2013.
Photo by Eric Chaikowsky
by RON STARNER
C

oming out of the worst economic crisis since the Great Depression, the American Heartland embarked on an extreme makeover from 2010 through 2013.

Spurred by best-in-class economic development performance, the center of the country now leads a resurgent US economy that is once again the envy of the world.

How did this happen? How does anything happen in Middle America? A lot of people dreamed big, worked hard, invested wisely and shared their wealth with others.

The result is an unprecedented tsunami of corporate facility investment projects stretching through the central region of the country. Of the Top 10 Economic Development Groups in America for 2013, every one of them this year is located in an interior region of the nation.

From Chicago to New Orleans and from Pittsburgh to Omaha, the center holds.

As in past years, the top performers were evaluated on a variety of criteria, with four objective measurements counting the most: jobs, capital investment, jobs per capita, and investment per capita. In addition, Site Selection looked at creativity of economic development strategy; depth and breadth of project activity; ability to generate breakthrough deals; and the ability to properly document the contributions of the economic development organization to actual project results.

Based upon those criteria, here is the roll call of the Best to Invest performers of the past year in the US:

With $7.32 billion in capital projects and 4,738 jobs created by those investments, the Baton Rouge Area was not just an American leader in 2013; it was a global force.

“We hit a new record in new payroll created, new jobs created, and new capital investment created,” says Iain Vasey, executive director of business development for the Baton Rouge Area Chamber. “A lot of factors contributed to this — continuation of momentum going on along the Gulf Coast, the huge surge in projects by the petrochemical industry, and our great partnership between all of the state, regional, local and utility organizations.”

“We are really trying to take a different approach in our business retention and attraction strategy,” Vasey says. “You can’t be reactive today. I have somebody on the road constantly meeting with companies. That’s what you have to do today in order to win.”

Only Greater Phoenix generated more new employment in 2013 than the Dallas-Fort Worth-Arlington metropolitan area. With 15,502 new jobs and $1.1 billion in capital investment, DFW once again lived up to its status as one of the true juggernauts of economic performance in the US.

The market of 6.8 million people is so large that it takes multiple economic development agencies to serve it, spread across more than 100 communities — but the two heavyweights of the Metroplex remain the Dallas Regional Chamber and the Fort Worth Chamber.

TOP MICROPOLITAN GROUPS OF THE YEAR

Fort Worth alone performs at a level that surpasses many larger cities. In 2013, the Fort Worth Chamber recorded 7,053 new jobs created and $517.5 million in new capital investment. Included in that total was a project that many experts say was the nation’s top reshoring investment of the year — a partnership of Google, Motorola and Flextronics that resulted in a $45-million project for the manufacturing of the only mobile smartphone made in America.

Only one other market landed more than Greater Houston’s $10 billion in capital investment in 2013, and its 10,683 jobs ranked seventh in the US. Houston also ranked second only to Chicago in total corporate facility project last year, with 255.

Bob Harvey, president and CEO of the Greater Houston Partnership, says that “the business climate is great here and it has been very good for a long time now. Our turnaround dates back to January of 2010. We are four years into this turnaround, and we are the leading metro in the nation in job growth.”

He adds that “the region has remarkable strengths. We have a pro-growth attitude and no income taxes. We have a great port and logistics network. We are the home of the energy industry. We have become a major manufacturing hub. We have health-care and IT. These are attracting young people to Houston. We have become cool and popular. We are getting the national media attention that is driving young people to Houston. It is all working together.”

They are cooking up a lot more than great Cajun seafood in New Orleans these days. Try these numbers on for size: $3.6 billion in capital investment and 577 new jobs created in 2013.

“Our business costs are 30 to 40 percent less than in other areas. Our low natural gas costs are among the most competitive in the country,” he says. “Our incentives are as rich and as reliable as anywhere in North America right now. The unique culture of New Orleans is a really strong selling point, and from the governor to LED Secretary Stephen Moret to the regional level and local parish level, our leadership is the best in the nation.”

Hecht adds that “2013 was one of our best years ever because of the nature of the wins that we had.” Big investments from Smoothie King and Performance Software bolstered the Greater New Orleans economy, and more are on the way in 2014, notes Hecht. 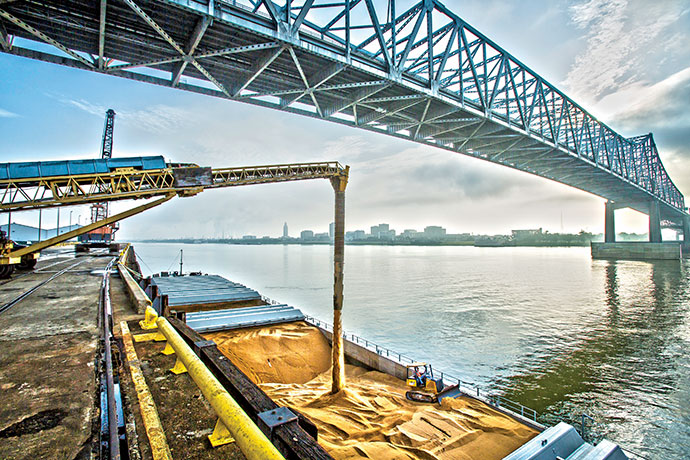 The working waterfront of Baton Rouge
Photo courtesy of BRAC

Landing 48 corporate facility projects last year — more than any other tier-2 metro area (population of 200,000 to 1 million) — served notice that Omaha is a top performer in the US economy. So did winning $1.26 billion in capital investment and 2,562 new jobs.

David Brown, president and CEO of the Greater Omaha Chamber, says that “we have a very strong and diverse economy. Our local companies are growing. And we are in the middle of the country, with great air, rail and highway networks.”

Spurred by significant investments into new data center facilities in both Nebraska and Iowa (the Council Bluffs area), Greater Omaha has become one of the leading destinations in America for large enterprise users. Google, Fidelity and Travelers all announced major facility projects in the region last year.

Plus, it doesn’t hurt to be the home of such recognizable names as Warren Buffet, Omaha Steaks, Mutual of Omaha, ConAgra, Union Pacific, TD Ameritrade, Gallup and many other brands.

By adding 18,266 jobs in 2013, Greater Phoenix led all metros in the US. It also reaped $2.67 billion in capital investment, capping off one of its best years ever.

“The policy achievements of the state contributed greatly to our success,” says Barry Broome, president and CEO of the Greater Phoenix Economic Council. “The policies in Arizona have been dramatically more focused, particularly as they related to advanced manufacturing and other high-tech industries.”

GPEC also knows how to turn losses into wins. “We were able to pivot from the disappointment of First Solar not building out to attracting Apple to build at that same site,” adds Broome. “The state’s ability to deliver on that project and others was incredible. Arizona Commerce Authority has been doing great work. We lowered our corporate income tax to below 5 percent and lowered our property tax rate by 10 percent. These changes are working.”

Metro Atlanta ranked third in the nation by adding 15,203 jobs, to go along with its $3.1 billion in capital investment.

“We were in the first full year of a five-year strategic plan with four key areas,” says Hala Moddelmog, president of the Metro Atlanta Chamber. “First is to start, grow and recruit jobs in the region. Second is emphasis on growing the companies that are here. Third is nurturing startups and building the ecosystem in which startups can thrive. Our fourth prong is telling our story.”

Big wins for Metro Atlanta in 2013 include the Porsche North America headquarters, the relocation of the Arby’s headquarters, and a bevy of advanced manufacturing projects.

“The most growth we are seeing right now is in the technology area,” says Moddelmog. “The two fields in which we are seeing the biggest growth are health IT and the wireless mobility sector.” 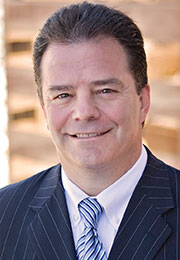 “We were able to pivot from the disappointment of First Solar not building out to attracting Apple to build at that same site. The state’s ability to deliver on that project and others was incredible.”

The Pittsburgh Pirates’ return to the Major League Baseball playoffs last year coincided with yet another strong performance by the Pittsburgh Regional Alliance. With $2.4 billion in capital investment and 8,700 new jobs created, 2013 ranked as one of the region’s best years ever.

“For the seventh consecutive year, capital investment in our region exceeded a billion dollars,” says Dewitt Peart, president of the PRA. “Manufacturing is the driving force right now. We had 65 manufacturing project wins last year. That is our strongest sector and it is up from 59 wins in the previous year.”

“Embedded in all of this is technology,” Peart says. “It touches everything. We are seeing yet another transformation of our economy.”

The biggest story in economic development in America today may well be that a community of less than 200,000 people leads the nation in new capital investment. The 5-parish region surrounding Lake Charles — known as Southwest Louisiana — beat out all competitors last year by securing $10.65 billion in announced projects, to go along with 817 permanent jobs. And that doesn’t even count the tens of thousands of new construction jobs that will be generated over the next decade.

By at least one estimate, some $64 billion in industrial plant activity is either under construction or planned in Greater Lake Charles, including Sasol’s $16-to-21-billion ethane cracker, derivatives complex and gas-to-liquids facility.

“The infrastructure that we have in the region is one of the biggest factors in our success,” says George Swift, president and CEO of the Southwest Louisiana Economic Development Alliance. “The ports, pipelines, waterways and other natural resources are all integral to our growth. Plus, the regional cooperation that we have been able to demonstrate — in both the public and private sectors — makes a huge difference.”

The Windy City blew away all competition last year by landing 373 corporate facility projects — more than any other MSA in the country. Factor in $2.8 billion in capital investment and 11,085 jobs, and Chicago delivered a tour de force.

“We benefit from the diversity of our industry base,” says Jeff Malehorn, president and CEO of World Business Chicago. “We are by far the most diverse US metro. No industry represents more than 13 percent of our workforce. When you consider our burgeoning innovation, entrepreneurial and technology sector, Chicago is very hard to beat.”

Corporate headquarters operations keep flocking to Chicago. In 2013, ADM and Gogo Inflight both moved downtown, and more are on the way, notes Malehorn.

“Companies see our city and they focus on our talent base,” he adds. “We produce 145,000 college graduates every year, and 37 percent of our residents have college degrees. In the end, talent will win the day.” 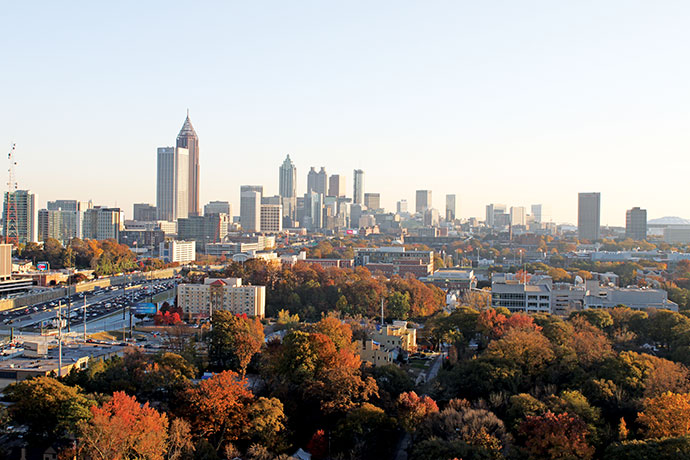