What’s the value of knowledge? 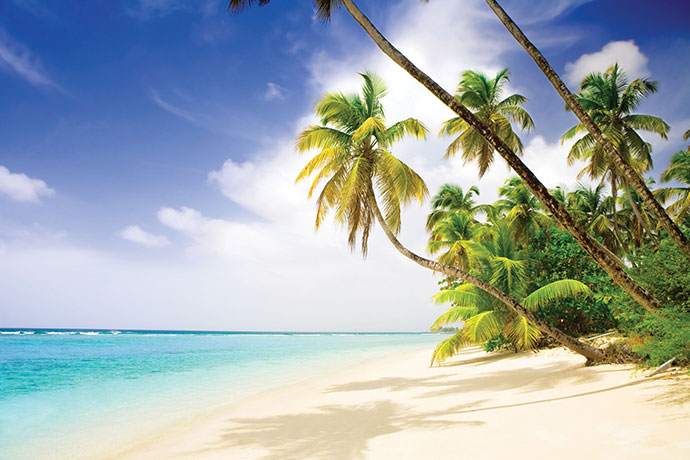 You should know this place.
© Ramona Heim - Fotolia.com
by ADAM JONES-KELLEY
L

et’s test yours. If you had three chances to guess which Latin American country was the largest exporter of liquefied natural gas to the United States, could you do it?

Would it help if we also told you that this country was the birthplace of modern Carnival, and to this day holds one of the largest, wildest Carnival celebrations on earth?

Everyone who picked Brazil please go to the back of the class.

This oft-overlooked country, boasting among the lowest energy costs in the Western Hemisphere, is a remarkable story, one already reaping rewards for savvy corporate investors in the know.

We’re speaking, of course, about Trinidad and Tobago (T&T). I say “of course,” but in truth most would struggle to find T&T on a map. Discovered by Christopher Columbus in 1498 (am I the only one who chuckles when the word “discovered” is applied to an already-inhabited nation?), it was subsequently invaded by the Spanish in 1530 and the British in 1595. As a result of centuries of colonial struggle you’ll find American, Spanish, French and English place names scattered throughout the islands.

T&T gained independence in 1962, and since the late ’90s has enjoyed a rather remarkable energy boom.

T&T currently ranks as the number one single site exporter of methanol and ammonia in the world, and, as noted, a leading exporter of LNG to the United States (it was No. 1 as recently as 2012, accounting for nearly 65 percent of U.S. total LNG imports.) Long a major player in the export of crude oil and refined petroleum products, Trinidad and Tobago is positioning itself to become a global renewable energy producer, with costs at or below those of traditional fossil fuels.

A private consortium led by SiTek Limited recently released a feasibility study on the development of energy-intensive silicon and glass manufacturing plants in T&T. The results were startling.

The study’s ranking of global energy costs puts Trinidad’s industrial rate at US$0.03 per kWh, half US costs of $0.06, well ahead of energy exporters like Peru, Malaysia and Brazil (around US$0.07), and one-third the costs in China. These rates are supported by a 2013 ranking by the International Energy Agency. 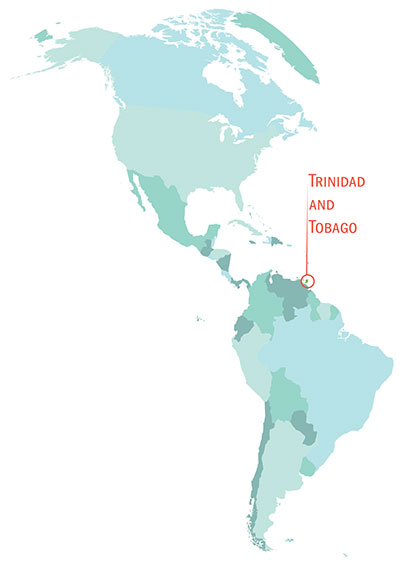 China currently dominates the global solar PV panel market (a mere five companies control 51 percent of the world supply of photovoltaics, and four of those companies are in China.) The T&T study demonstrated that such plants, housed in Trinidad’s sun-drenched hills, would have among the lowest operating costs on earth. Said UK-based Float Glass Consortium about the study, “FGC has never encountered a location so well-suited for glass manufacture as Trinidad, with good access to quality materials, industrial gasses, very low-cost energy, and sites with good access to port and infrastructure and a qualified workforce.” The solar cluster envisioned for T&T will produce polysilicon (PolySi), metallurgical silicon (MGSi), photovoltaics and float glass.

Dr. Johan Sydow, managing director of SiTek Limited, was so captivated by the opportunities in Trinidad that he quit his job working on energy initiatives with BP and set up shop in Port of Spain.

“I was gobsmacked when I first came here,” says Sydow. “It takes a lot of electricity to make silicon for solar panels. The energy, industrial and chemical infrastructure Trinidad has developed for gas will propel this diverse and vibrant economy for decades to come. For corporations, monetizing your gas is key. Other regional gas exporters are now looking to T&T to learn how to leverage gas as energy for industrial development.” 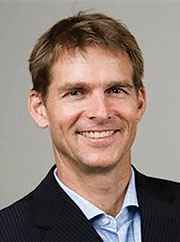 “I was gobsmacked when I first came here.”

Dr. Sydow contends that T&T offers “the same manufacturing costs as China” when you factor in energy costs and supply chain, particularly for glass, silicon and solar manufacturing. “The single biggest risk to solar manufacturers is that polysilicon prices go back up to 2011 levels,” Sydow says. “Trinidad allows you to have the lowest polysilicon operating costs in the world.” 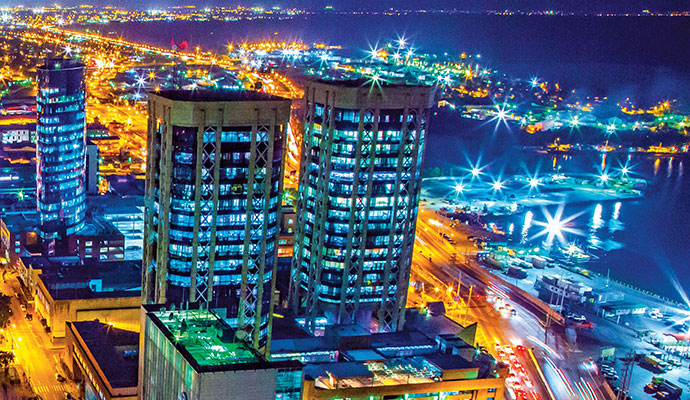 “FGC has never encountered a location so well-suited for glass manufacture as Trinidad.”

Most Caribbean islands are going bankrupt buying diesel fuel. Trinidad and Tobago are the opposite, bursting with energy, and with industrial infrastructure already in place. T&T is also home to the Western Hemisphere’s largest natural gas industrial complex, and the largest single site for methanol, ammonia and urea.

“This is the game-changer for T&T. Photovoltaic plants are the big prize for Trinidad,” says Sydow. “They feel they’re in good shape — better access to markets as compared to Asia, and we can bring in any needed material without heavy burden of overland trucking costs.

“Trinidad has emerged as a low-cost manufacturing hub with reliable energy costs, in the middle of a major market [Latin America & North America]. T&T will position themselves as major dry-docking facility, south of the hurricane belt, offering strategic access to the entire Americas market, and Europe.”

Sydow sees T&T’s relative obscurity as both blessing and curse. “Unless you happen to be in petrochemicals, you wouldn’t know about Trinidad,” he says. “This is not what the Caribbean advertises. Our battle is getting in the door and changing people’s impression, making them understand that T&T is an industrial giant. I’ll probably not like much of what comes with that notoriety, though. Right now the ecotourism is excellent. We have great diving and better beaches than most other places, and nobody knows it. Trinidad and Tobago is not as recognized a tourist destination so I get all the benefits of the environment without the trappings of a tourist trap. It’s the Caribbean of old.”

Dr. Sydow clearly loves his adopted home. By the time the interview was complete I was ready to move down myself. It’s clear there are tremendous opportunities here. It’s equally clear that the world has yet to wake up to them.

That’s the value of knowledge. Those in the know, know Trinidad and Tobago.