Heart of the Americas

Panama and Costa Rica lead the way in a region aiming to boost its standard of living along with its global competitiveness.

hree years ago, for the first time in recorded history, the Latin America and Caribbean region was home to more people in the middle class than in poverty, even as it also harbored the world's greatest regional economic inequality. So it's no surprise that the World Bank and its sister organizations continue to be active in nearly every country in the region.

While the region's giant nations carry much of the economic weight, the smaller nations and island-states of the Caribbean carry their own. Panama, in fact, is forecast by the World Bank to lead all Latin America & Caribbean (LAC) countries in economic growth in 2014, at 7.3 percent, more than double the forecast growth of Mexico, and triple that of Brazil.

Site Selection's New Plant Database has tracked projects in Panama City in 2014 from 3M ($52 million for a manufacturing and HQ complex); FedEx and CEVA Logistics; Dell ($13 million and 500 jobs in computer manufacturing); and Nestlé, which is investing $20 million in a beverage distribution center.

The World Economic Forum's Global Competitiveness Report, released in early September 2014, found Panama ranked 48th out of 144 world economies, first in all of Central America, and second only to Chile in all of Latin America. But that was a drop of eight places.

"This drop is driven by a slight deterioration in the perceived functioning of institutions (74th), most notably in terms of their inability to fight corruption (94th) and raise government efficiency (55th); and the poor quality of the education system (83rd) with its inability to provide the right set of skills for an economy that increasingly needs a skilled labor force to sustain the sharp economic growth of past years," said the WEF report. "This skills shortage is perceived as one of the most problematic factors for doing business in the country, and is likely to remain a severe obstacle to business in the coming years, representing a bottleneck for Panama's transition toward more knowledge-intensive activities."

But notwithstanding those challenges, the WEF continued, other signs of competitiveness remain strong: "As it did last year, Panama boasts impressive infrastructure (40th), with some of the best port (7th) and airport (7th) facilities not only in Latin America but in the world, positioning it as a strong transport hub for the region," said the report. "Its financial market (22nd) and an assessment of its technological adoption (23rd), especially via foreign multinational corporations setting up in the country, remain strong, and its mobile broadband subscriptions (73rd) are increasing." 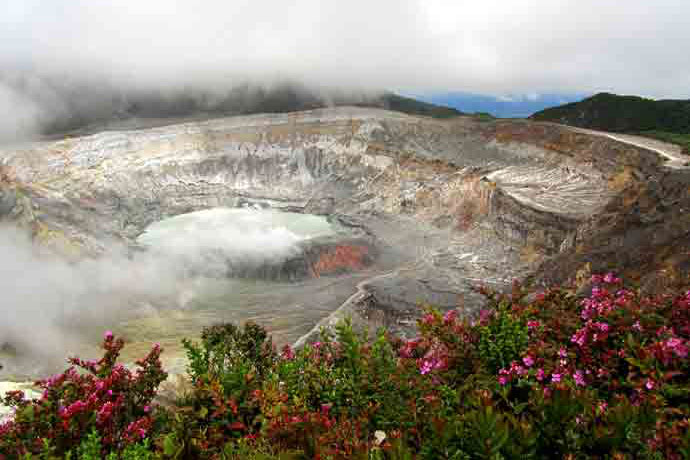 "The country boasts one of the best education systems in the region (21st)," said the WEF report, "a fairly high ICT uptake (45th) with a high international Internet bandwidth capacity (36th) and many mobile broadband subscriptions (20th); and a fairly well developed capacity to innovate (36th) and solid access to technology (39th), thanks to the crucial role that FDI and technology transfer (5th) plays in the country. In addition, Costa Rica benefits from fairly strong institutions (46th), despite a strong sense that government spending may not always be directed toward the most productive activities (120th)."


" We are not only creating quality jobs for Costa Rican talent but also looking forward to developing leadership for the region and worldwide."

Weaknesses? The WEF said Costa Rica's "poor transport infrastructure (108th), difficulty in accessing finance either through equity (117th) or loans (118th), and some concerns about its macroeconomic performance and high budget deficit (116th) are all areas the country should address."

Building on its FDI strengths can only help. In June, during a trade and investment mission to multiple cities in the US, kicking off with Silicon Valley, Costa Rica President Luis Guillermo Solís welcomed news of new investments from Intel and VMware. Intel will establish a new, one-of-a-kind "mega-lab," which will immediately add 100 new positions, for an expected total of 350 employees by the end of 2014. "The mega-lab marks the first time that Intel has decided to consolidate its laboratories in a single location, making the operation the first of its kind," said a release from the Costa Rican Investment Promotion Agency (CINDE).

Costa Rica is already home to Intel's Development and Engineering Center and Global Shared Services Center. With the new mega-lab, Intel will have 1,500 employees in Costa Rica. VMware announced it would add 400 Costa Rican employees to its existing operations in the country by 2015. 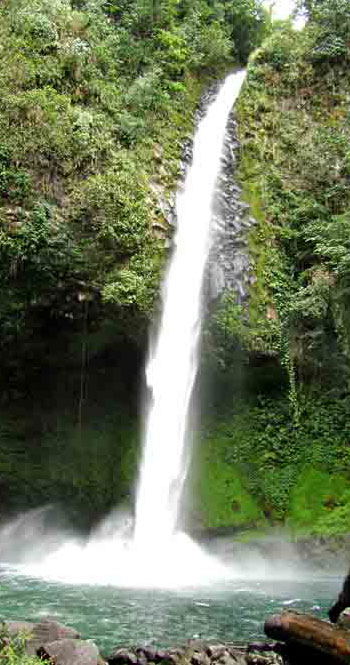 Those announcements simply paved the way for more big news this fall, as Accenture announced in September it would add 150 employees in 2014 and another 150 in 2015 to its new financial services and accounting division in the country, where its digital technologies services division already employs 600. Then, in October, Amazon Support Services in Costa Rica inaugurated its fourth service center and announced 1,000 new jobs at its offices located in Calle Blancos and Lagunilla. The company is investing $19 million as it widens its footprint to 28,522 sq. m. (307,018 sq. ft.) in the country.

Amazon opened its original customer service center in Costa Rica six years ago. It currently employs over 2,100 people and has diversified its services with the recent incorporation of software development engineers to its Seller Support Center. "We are not only creating quality jobs for Costa Rican talent but also looking forward to developing leadership for the region and worldwide," said Alejandro Filloy, GM of Amazon Costa Rica. At the time of the October announcement, more than 1,000 new jobs were available for customer service associates with language skills in English, Portuguese and Italian. Amazon expects to employ more than 3,000 persons in Costa Rica by the end of 2014.

The day after the Amazon announcement, National Instruments (NI) announced a 170-job expansion in areas such as applications engineering, internal sales, customer service and marketing. "The talent found in Costa Rica and the good results obtained during the last three years lead us to expand the infrastructure of our Operations Center to better support our customers across the Americas and continue to support the global operations of the company," said NI GM Carlos Rios.

According to CINDE, exports of value-added services have increased from 12.1 percent in 1999 to 49 percent in 2013, when the services sector welcomed 4,300 jobs.